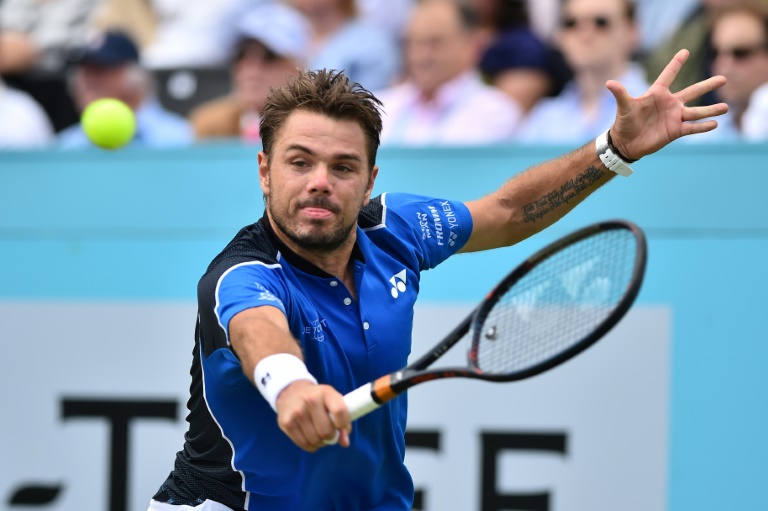 Stan Wawrinka's Wimbledon preparations suffered a blow as the Swiss star crashed to a 7-5, 6-7 (3/7), 6-1 defeat against Sam Querrey at Queen's Club on Wednesday.

Still hampered by the problem this term, Wawrinka was sidelined again for three months in between a second round exit at the Australian Open and a first round loss in the French Open.

The three-time Grand Slam champion had swatted aside British youngster Cameron Norrie in the first round of the Wimbledon warm-up at Queen's.

But Wawrinka faded badly in the final set against Querrey as the American world number 13 condemned the 33-year-old to his seventh defeat in his last nine ATP Tour matches.

It is a major setback for Wawrinka ahead of the July 2 start of Wimbledon, where he has never made it past the quarter-finals.

Querrey, who won Queen's in 2010, will play Croatian top seed Marin Cilic or Luxembourg's Gilles Muller in the quarter-finals.

Tiafoe, ranked 62nd, is looking to add a second ATP title to his maiden success at Delray Beach in February.

The 20-year-old out-lasted Mayer to stop the world number 38 building on his surprise first round victory against third seed Kevin Anderson.