CULTURE We Are Friends: 'My entrepreneur dream in China'

We Are Friends: 'My entrepreneur dream in China' 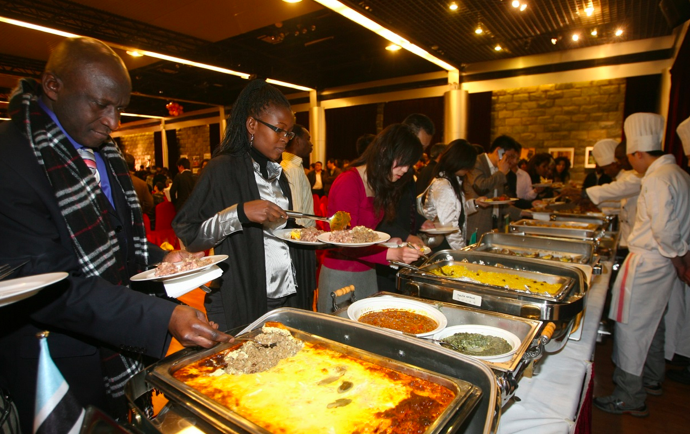 Thanks to deepening ties between China and Africa, more Africans are flocking to Chinese cities such as Guangzhou and Beijing, in search of work opportunities and a better life, bringing their own cultural customs with them.

CGTN talked to three Africans who call China home in the second episode of the series "We Are Friends."

Dibantsa Oumar Bienvenue from the Republic of Congo talks about achieving his entrepreneur dream in China.

The 26-year-old is on a quest to introduce African culture to Chinese people one dish at a time. Having realized that restaurants serving African cuisine are a rarity in the country, he set out to share the flavors of the African continent in the Asian nation.

He is currently organizing an African-style cooking contest as part of his catering business project in China, fueled by confidence in his culinary endeavor and support from those around him.