CULTURE We belong in Asia, insist Aussies before UAE quarter-final

We belong in Asia, insist Aussies before UAE quarter-final 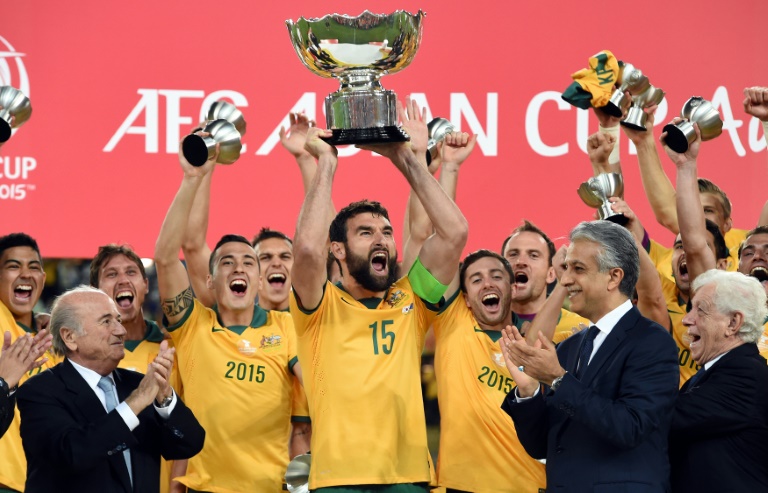 Pockets of dissent still remain over Australia's 2006 shift from Oceania to the Asian confederation, and could give Friday's clash an underlying edge.

But on Thursday Arnold, when asked about a social media campaign for Arab fans to support UAE for the game, said his team felt entirely at ease in the Asian competition.

"I don't know who doesn't feel comfortable in this confederation because we do," Arnold said, when asked whether he thought Arab fans wanted the Socceroos to lose.

"We feel part of Asia. We feel great. When I was in Sydney (Sydney FC) and with the (Central Coast) Mariners we played the Asian Champions League which gives a great feeling for the players to play at that extra level.

"We feel that we belong in Asia. I don't do social media so I don't know what they're saying but at the end of the day... we've been getting those players in the right mental shape and going out there with belief to win the game."

Australia's success as part of the Asian Football Confederation, including reaching every World Cup since joining and winning the last Asian Cup, has caused low-level grumbling in other nations who feel they are losing out.

Before the 2015 Asian Cup final in Sydney, AFC president Sheikh Salman bin Ebrahim Al Khalifa was forced to deny an Arabic-language newspaper report which quoted him as describing a movement to oust Australia.

- 'Responsibility on my shoulders' -

However, rather than any backlash against Australia, calls to support UAE stem from the fact they are the last Arab nation standing apart from Qatar -- who are shunned by their neighbours owing to the ongoing Gulf blockade.

It could work in favour of Alberto Zaccheroni's UAE, whose insipid displays so far have been played in front of swathes of empty seats as unconvinced Emiratis stay away.

Defender Fares Juma said the UAE were determined to win over fans, while Zaccheroni, who won the 2011 Asian Cup with Japan, urged spectators to turn up in big numbers in Al Ain.

"I'm Italian, not Emirati but I feel great responsibility on my shoulders," Zaccheroni said. "We have to win and qualify and we hope to see massive numbers of fans supporting the players."

However, Arnold warned that a big crowd could also pile pressure on the UAE, who have never scored against Australia in five previous meetings.

"The full stadium for the UAE can work two ways. It can work to help or it can work the opposite way and bring a lot of pressure for them because they're the home nation," Arnold said.

"The four games in this tournament, we've totally dominated every opposition, we're forcing them to play deep in their own half," he added.

"They've hardly had a shot on goal in all four games in open play... I expect another improvement tomorrow night."