After dating for roughly seven years, Princess Eugenie and Jack Brooksbank made it official!

The wedding of Princess Eugenie and Jack Brooksbank took place on October 12, 2018 at St George's Chapel at Windsor Castle in the United Kingdom.

Who is Princess Eugenie?

The bride, Princess Eugenie of York, is a member of the British royal family. 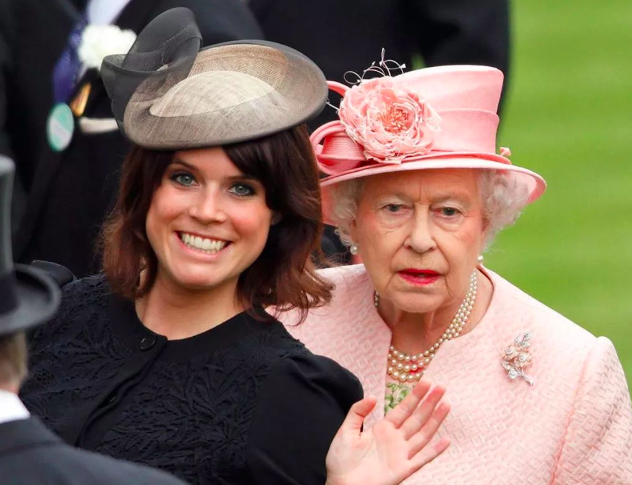 Princess Eugenie of York (Eugenie Victoria Helena, born March 23, 1990) is the younger daughter of Prince Andrew, Duke of York, and Sarah, Duchess of York. She is ninth in line of succession to the British throne, after her elder sister, Princess Beatrice of York. 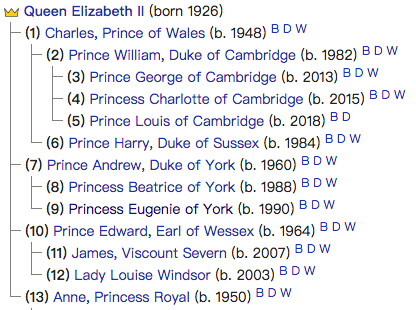 (Photo of line of succession)

She is granddaughter of Queen Elizabeth II and cousin of Prince William, Duke of Cambridge and Prince Harry, Duke of Sussex. 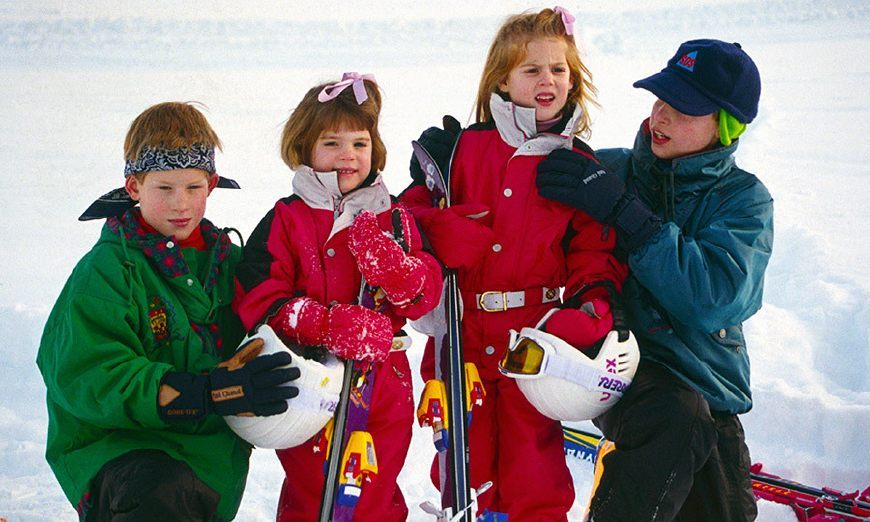 Her full title is Her Royal Highness Princess Eugenie of York. Like her sister Princess Beatrice, she has no official surname, but uses "York." She will retain her royal title and will have the option of taking her husband's surname.

Eugenie began studying at Newcastle University in September 2009, focusing on art history, English literature and politics. She completed her studies in 2012.

Who is Jack Brooksbank?

The groom, Jack Brooksbank, is a British wine merchant, brand ambassador of Casamigos Tequila and socialite. It was recently revealed that the pair are distant cousins, much like Eugenie's grandmother Queen Elizabeth II and her husband, Prince Philip.

The couple married at the same 15-century chapel as the Duke and Duchess of Sussex – Prince Harry and Meghan Markle — who tied the knot in front of 600 guests, watched by a global audience of hundreds of millions, in May. 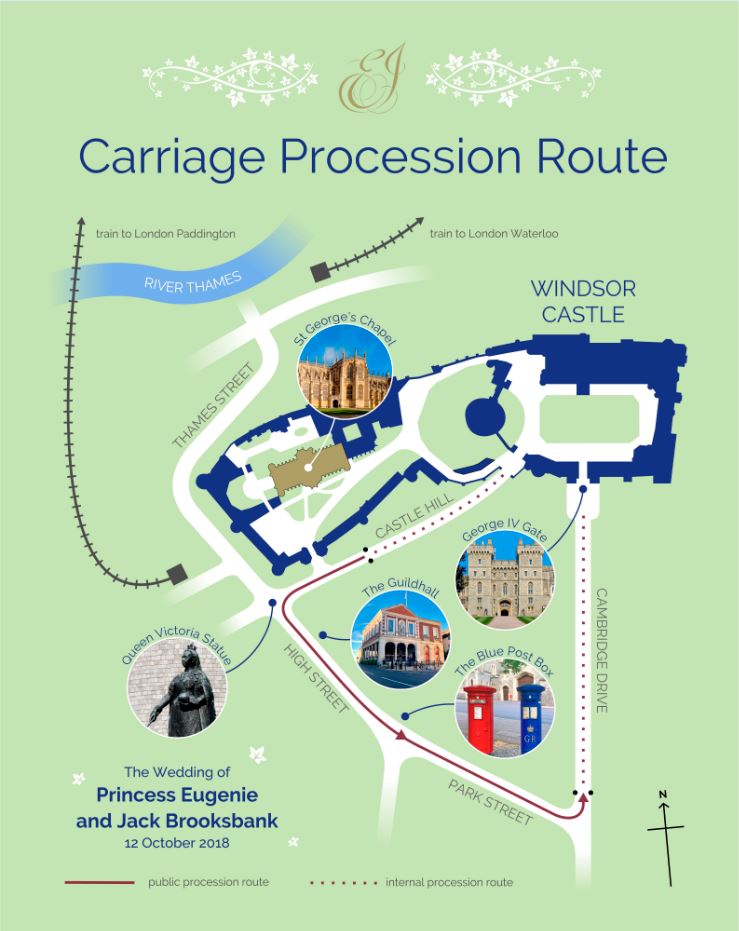 Like Harry and Meghan, Eugenie and Jack will take a carriage ride around Windsor following their marriage ceremony, but it will be shorter than the one we saw in May, lasting only about 15 minutes. 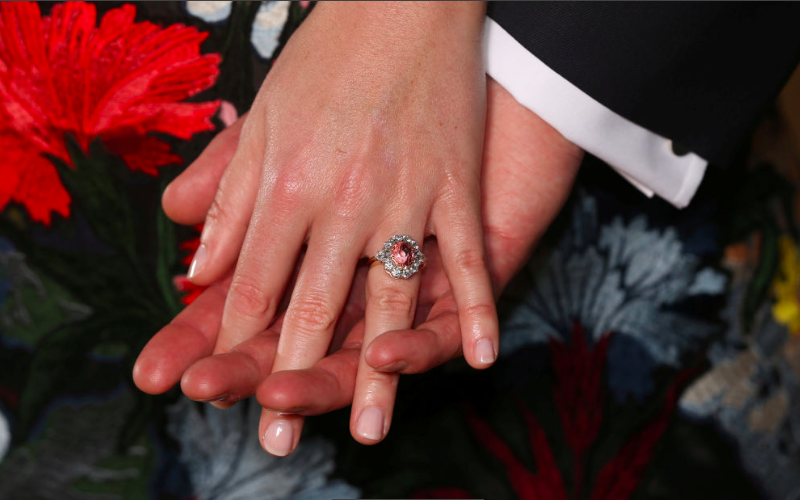 The wedding ring is an oval-cut padparadscha sapphire surrounded by diamonds set on a gold band with two further diamonds on the shoulders. The ring bears a striking similarity to the engagement ring of Princess Eugenie's mother. 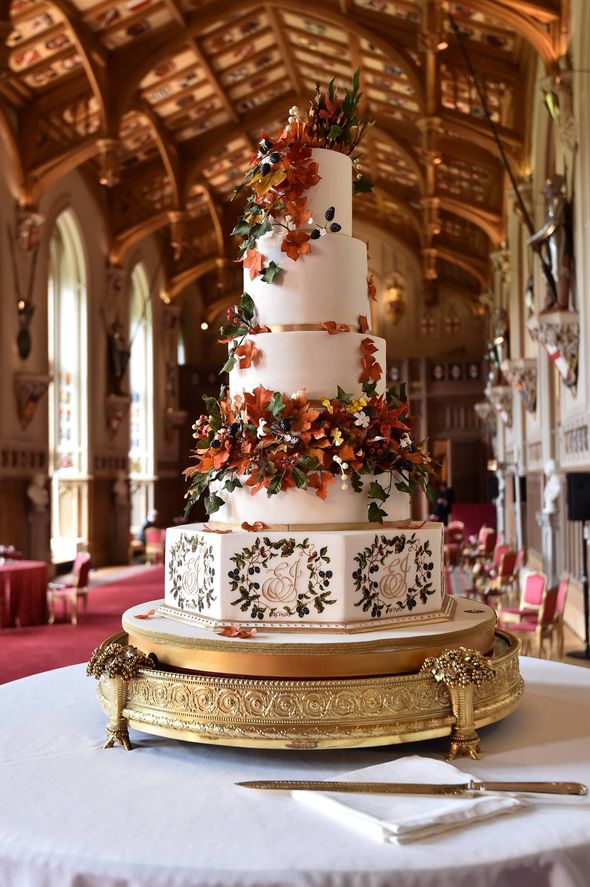 Like her cousin Harry, Eugenie is breaking royal tradition with her choice of celebratory dessert. She and Jack Brooksbank will be serving a chocolate and red velvet cake, meant to reflect "the rich colors of autumn," by London-based baker Sophie Cabot on their big day instead of the customary fruit cake.

Princess Eugenie and Jack Brooksbank have invited members of the public into the grounds of Windsor Castle to join in the celebrations on their Wedding day.

They have also invited representatives from charities and organizations that they support. 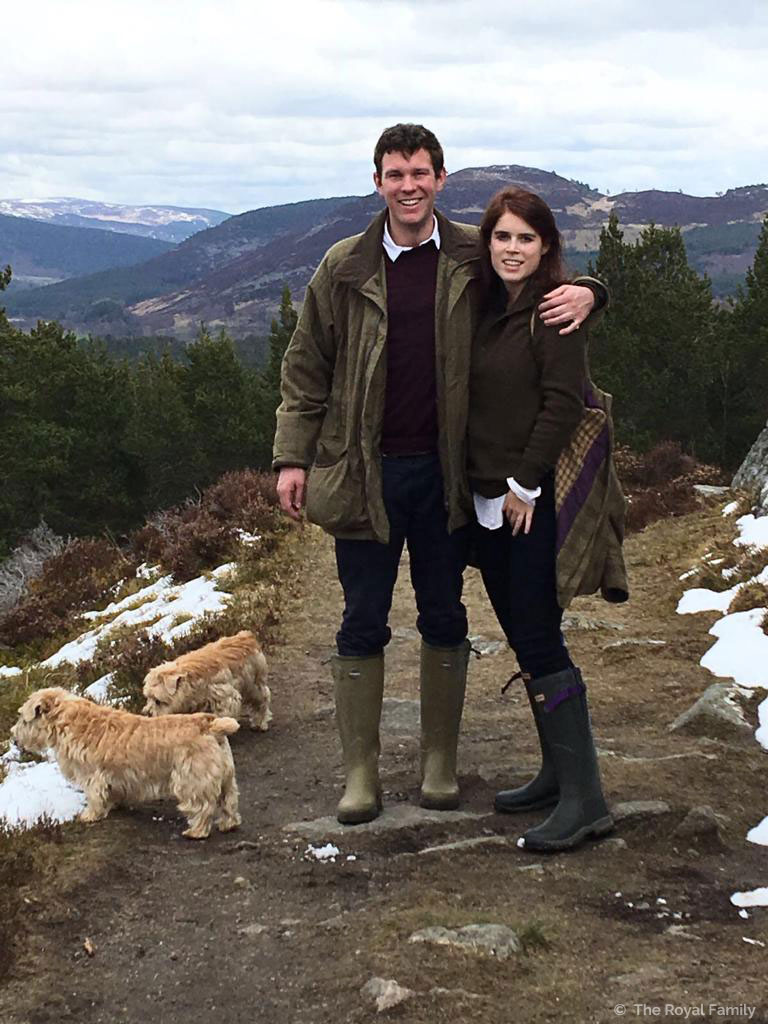 The pair met in 2010, at Verbier, a Swiss holiday resort and ski area, when Princess Eugenie was 20 and Brooksbank was 24, according to BBC. Verbier is a popular holiday destination for the royals, and Eugenie had been vacationing there for years with her mother, the Duchess of York, and her sister, Princess Beatrice.

In 2013, she moved to New York City for one year to work for the online auction firm Paddle8 as a benefit auctions manager.

In July 2015, she moved back to London to work for the Hauser & Wirth art gallery as an associate director and was promoted to be a director in 2017.

In January 2018, Brooksbank proposed to Princess Eugenie in Nicaragua.

On January 22, 2018, Buckingham Palace announced that Princess Eugenie and Jack Brooksbank would marry in the autumn. Royal Family Twitter: The Duke and Duchess of York are delighted to announce the engagement of Princess Eugenie to Mr. Jack Brooksbank.

In an interview with the BBC after announcing their engagement, Brooksbank, said that it was "love at first sight."

With inputs from the royal.uk.