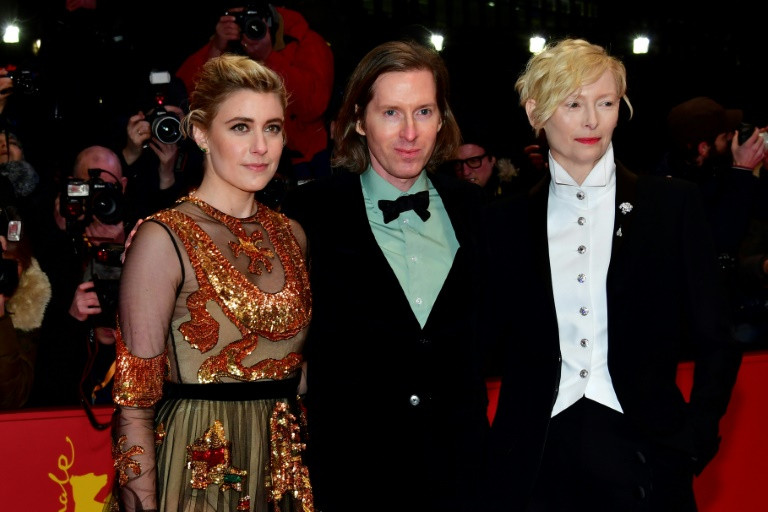 Wes Anderson's "Isle of Dogs", an animated movie with political bite, and a controversial dramatisation of 2011 massacre of teenagers in Norway by a neo-Nazi gunman led the award favourites Saturday at the Berlin film festival.

The Berlinale, Europe's first major cinema showcase of the year, will hand out its coveted Golden and Silver Bear top prizes at a gala ceremony starting at 1800 GMT.

Anderson's "Isle of Dogs" opened the festival on February 15, delighting audiences with an all-star cast voicing a pack of pooches expelled from a fictional Japanese city by a corrupt, fear-mongering mayor.

The picture led an international critics' poll at the Berlinale published by industry magazine Screen.

Reviewers were also impressed with the gut-wrenching drama "U-July 22" about the mass murder of 69 mainly teenage victims on the Norwegian island of Utoya by far-right militant Anders Behring Breivik.

The film, featuring in a chilling single 72-minute take, recounts the carnage in real time with fictionalised characters.

It premiered just days after one of the worst school shootings in US history, killing 17 in Florida.

The movie sparked a heated debate among viewers, victims' families and survivors about whether it was too soon -- or even necessary at all -- to reenact Norway's most traumatic tragedy since World War II on screen.

However, US website Indiewire said the "almost unbearably harrowing recreation" in Erik Poppe's movie honoured the victims while rallying societies to do more to protect their young.

"Movies have the power to re-sensitise us to violence, restoring some terrible shape to the mass horrors we've negligently allowed to become abstractions," it said.

Acclaimed Filipino director Lav Diaz, who scooped the top prize in Venice two years ago with "The Woman Who Left", won admirers for his new picture, "Season of the Devil".

The four-hour-long folk musical, filmed in black and white, depicts the suffering unleashed on rural communities by a sadistic government-backed militia under Ferdinand Marcos in the late 1970s.

Film industry bible Variety said the opus also served as a searing critique of the current regime by exposing its origins.