CULTURE What have leaders across Europe said in their Christmas messages?

What have leaders across Europe said in their Christmas messages? 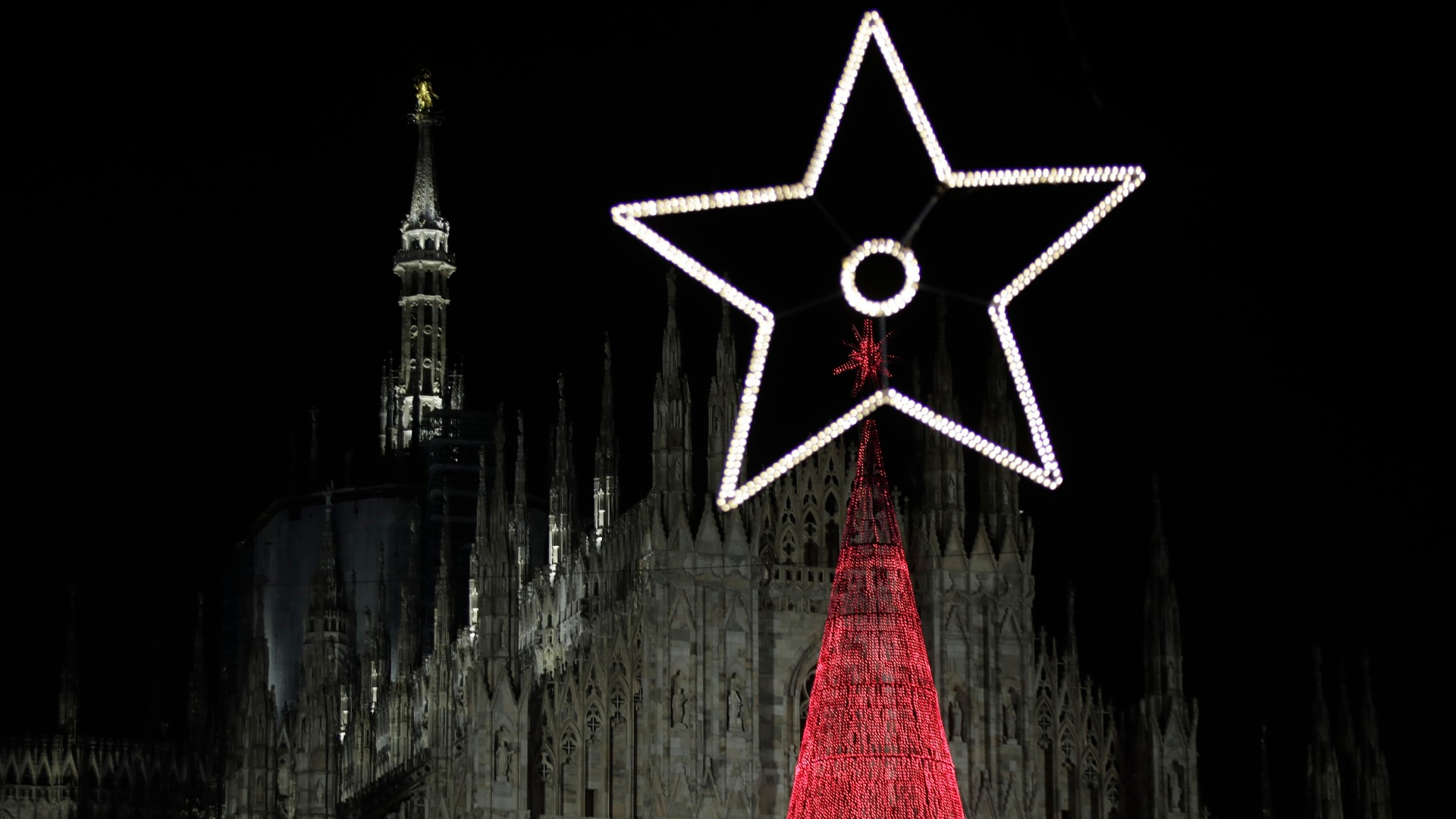 A Christmas tree made with LED lights shines in front of Milan's gothic Duomo cathedral, in Milan, Italy. (Photo: AP)

Heads of state and political leaders across Europe have been issuing their annual Christmas messages. It is a chance to reflect on a turbulent year marked in many countries by political uncertainty and socio-economic challenges.

Pope Francis appealed for peace in conflict zones around the world. "May Christ bring his light to the many children suffering from war and conflicts in the Middle East and in various countries of the world," Francis said in his traditional Christmas message at the Vatican.

The 83-year-old said the birth of Jesus as a reminder of God's unconditional love for everyone, "even the worst of us."

British Prime Minister Boris Johnson, who recently returned to power with a strong mandate, said: "it's that special time of year when, whatever has gone before, we can take an opportunity to celebrate all that is good in the world."

Johnson paid tribute to the NHS staff, police and other public servants who would be working during the holiday period. He also expressed his gratitude to armed forces personnel currently on deployment.

She paid tribute to young environmental campaigners who were inspired to global action by Swedish teen Greta Thunberg.

"The challenges many people face today may be different from those once faced by my generation.

"But I have been struck by how new generations have brought a similar sense of purpose to issues such as protecting our environment and our climate," she added.

Spain's King Felipe VI talked about "the deterioration of citizens' trust in institutions" after a year of widespread separatist protest in Catalonia. Although only mentioning the semi-autonomous region by name once, the monarch said that "times of great uncertainty, of deep and rapid changes" had brought about "concern and restlessness", and not just within his kingdom.

Israel's prime minister Benjamin Netanyahu marked the day - which also falls within the Jewish festival of Hanukkah - with a message of thanks for Christians. "The state of Israel would have not come into being if it weren't for the avid support of Christians in the 19th century and the 20th century," said Netanyahu. "We know that we have no better friends around the world than our Christian friends."

Belgium's King Philippe on Tuesday called for the formation of a new government "as quickly as possible" in order to "take balanced decisions."

Speaking in French the king urged compromise and criticized "the violence explicit in language that judges and gestures that destroy." Belgium has been without a government for a year.