The idea that animals can experience love was once anathema to the psychologists who studied them, seen as a case of putting sentimentality before scientific rigor. 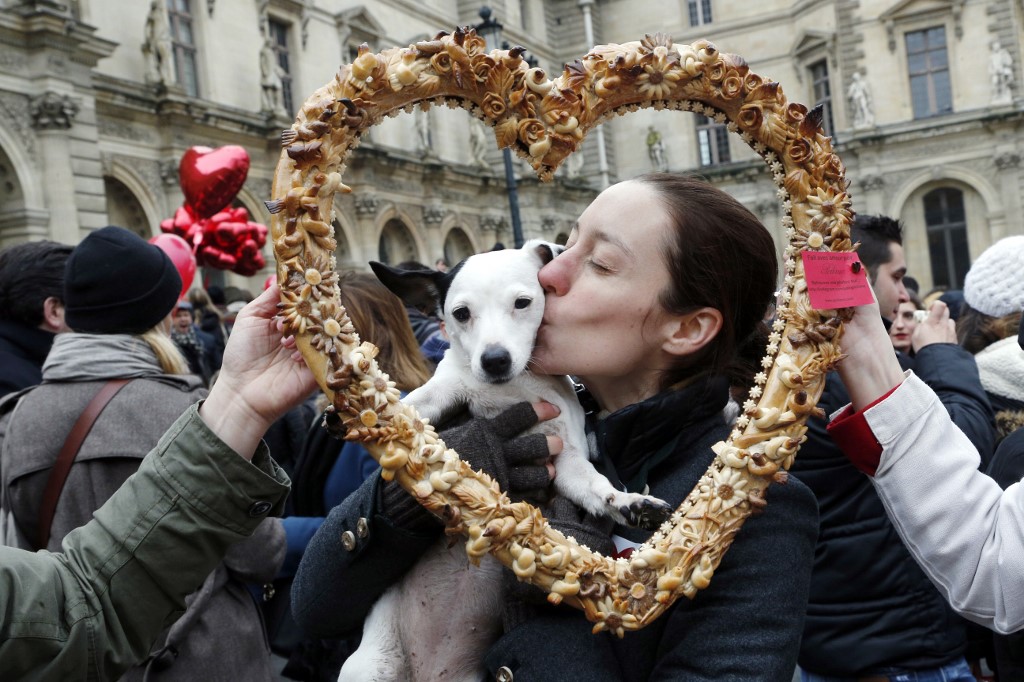 But a new book argues that, when it comes to dogs, the word is necessary to understanding what has made the relationship between humans and our best friends one of the most significant interspecies partnerships in history.

Clive Wynne, founder the Canine Science Collaboratory at Arizona State University, makes the case in "Dog is Love: Why and How Your Dog Loves You."

The animal psychologist, 59, began studying dogs in the early 2000s, and, like his peers, believed that to ascribe complex emotions to them was to commit the sin of anthropomorphism -- until he was swayed by a body evidence that was growing too big to ignore.

"I think there comes a point when it's worth being skeptical of your skepticism," the Englishman said in an interview with AFP.

Canine science has enjoyed a resurgence in the past two decades, much of it extolling dogs' smarts.

Titles like "The Genius of Dogs" by Brian Hare have advanced the idea that dogs have an innate and exceptional intelligence.

Wynne, however plays spoilsport, arguing that Fido is just not that brilliant.

Pigeons can identify different kinds of objects in 2D images; dolphins have shown they understand grammar; honeybees signal the location of food sources to each other through dance; all feats that no dogs have ever been known to accomplish.

Even wolves, dogs' ancestor species known for their ferocity and lack of interest in people, have shown the ability to follow human cues -- including, in a recent Swedish study, by playing fetch.

Wynne proposes a paradigm shift, synthesizing cross-disciplinary research to posit that it is dogs' "hypersociability" or "extreme gregariousness" that sets them apart.

One of the most striking advances comes from studies regarding oxytocin, a brain chemical that cements emotional bonds between people, but which is, according to new evidence, also responsible for interspecies relationships between dogs and humans.

Recent research led by Takefumi Kikusui at Japan's Azabu University has shown that levels of the chemical spike when humans and their dogs gaze into each others' eyes, mirroring an effect observed between mothers and babies.

In genetics, UCLA geneticist Bridgett vonHoldt made a surprising discovery in 2009: Dogs have a mutation in the gene responsible for Williams syndrome in humans -- a condition characterized by intellectual limitations and exceptional gregariousness.

"The essential thing about dogs, as for people with Williams syndrome, is a desire to form close connections, to have warm personal relationships -- to love and be loved," writes Wynne.

Numerous insights have also been gleaned through new behavior tests -- many devised by Wynne himself and easy to replicate at home with the help of treats and cups.

One involved researchers using a rope to pull open the front door of a dog's home and placing a bowl of food at an equal distance to its owner, finding that the animals overwhelmingly went to their human first.

Magnetic resonance imaging has drilled down on the neuroscience, showing that dogs' brains respond to praise as much or even more than food.

But although dogs have an innate predisposition for affection, it requires early life nurturing to take effect.

Nor is the love affair exclusive to humans: A farmer who raised pups among a penguin colony on a tiny Australian island was able to save the birds from maurading foxes, in an experiment that was the basis for a 2015 film.

For Wynne, the next frontiers of dog science may come through genetics, which will help unravel the mysterious process by which domestication took place at least 14,000 years ago.

Wynne is an advocate for the trash heap theory, which holds that the precursors to ancient dogs congregated around human dumping grounds, slowly ingratiating themselves with people before the enduring partnership we know today was established through joint hunting expeditions.

It's far less romantic than the popular notion of hunters who captured wolf pups and then trained them, which Wynne derides as a "completely unsupportable point of view" given the ferocity of adult wolves who would turn on their human counterparts.

New advances in the sequencing of ancient DNA will allow scientists to discover when the crucial mutation to the gene that controls Williams syndrome occurred.

Wynne guesses this happened 8,000 - 10,000 years ago, at the end of the last Ice Age, when humans began regularly hunting with dogs.

What makes these findings important, beyond advancing science, is their implications for dogs' welfare, he argues.

"All your dog wants is for you to show them the way," says Wynne, through compassionate leadership and positive reinforcement.

It also means carving out time to meet their social needs instead of leaving them isolated for most of the day.

"Our dogs give us so much, and in return they don't ask for much," he says.

"You don't need to be buying all these fancy expensive toys and treats and goodness knows what that are available.

"They just need our company, they need to be with people."