CULTURE What will be the fate of Asian rhinos?

What will be the fate of Asian rhinos? 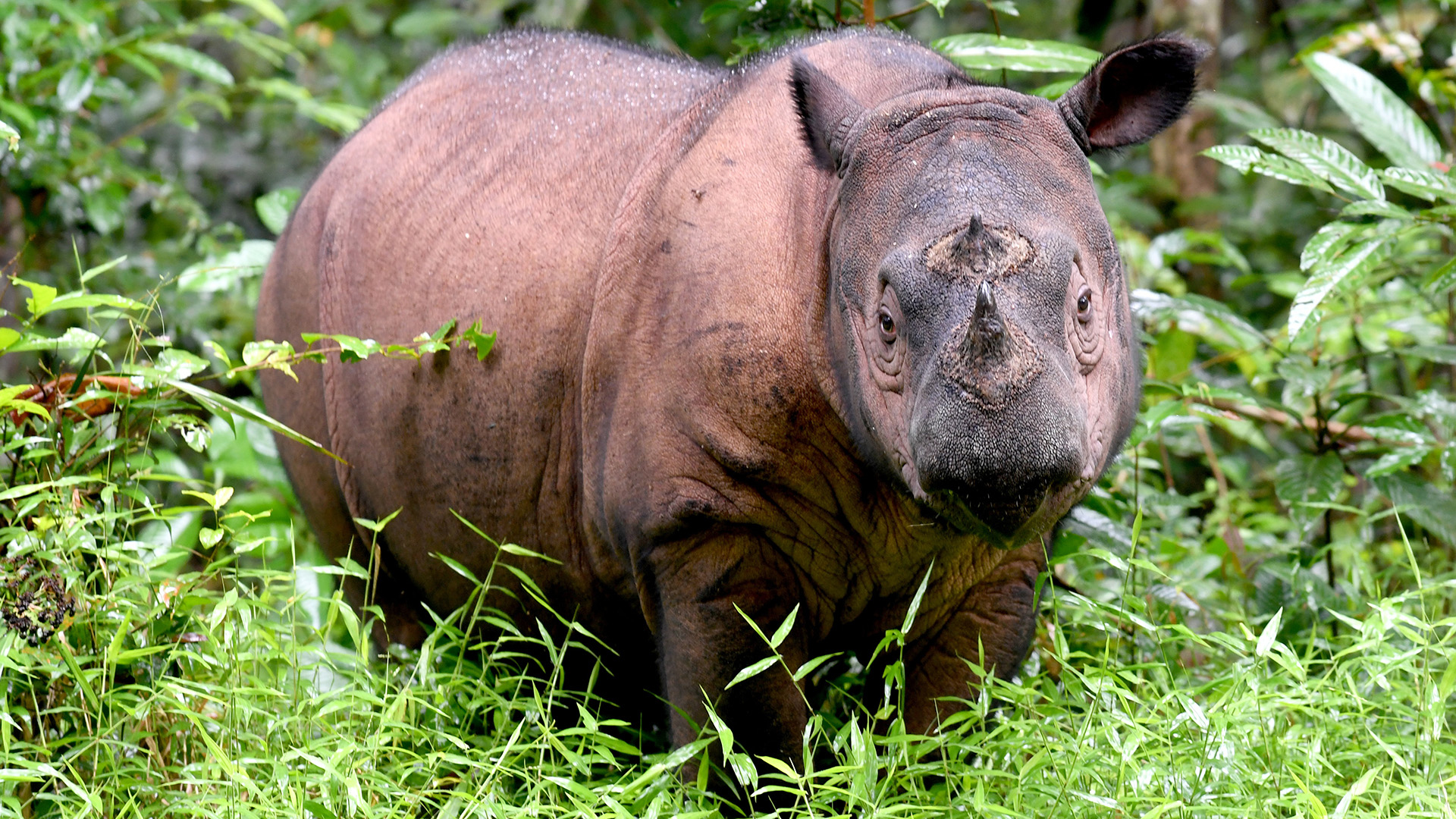 The gigantic size and armor-like skin make rhinoceros seem to come from the distant dinosaur age. Rhinos once roamed across Asia because they favor the warm and humid climate here. Among five rhino species in the world, three are distributed in Asia. The wild ones are now mainly found in just four countries - India, Nepal, Bhutan, and Indonesia.

In November, the death of last Sumatran rhino in Malaysia declared the extinction of the species in the country, arousing people's attention on the fate of Sumatran rhino and its two cousins in Asia.

How are Asian rhinos now?

The Sumatran rhino has been on Earth longer than any living mammals. It is one of the most primitive group, the Dicerorhinini, which came into being about 20 million years ago. The rhino still retains the shaggy hairs on the body and ears, resembling its extinct woolly ancestors.

After the last captive male and female Sumatran rhinos in Malaysia died this year, there are fewer than 80 of them left on the planet, all in Indonesia, according to the International Rhino Foundation. The rhino species are listed as critically endangered by IUCN. Apart from eight captive ones, there are four isolated wild groups in Indonesia. One group of around 15 is in Borneo, and the other three groups all live in national parks on Sumatra Island.

Similar to the dire situation of the Sumatran rhino, the Javan rhino is even more critically endangered, with an estimated population of 68. They can now only be found in Ujung Kulon National Park on the western tip of the island of Java in Indonesia. The good news is that its number is quite stable for the time being.

For the Indian rhino, things are getting better. Back in 1900, there were fewer than 200 left. Years of conservation efforts in India and Nepal have brought its population back to over 3,550 now. The species is listed as vulnerable by IUCN. The Indian rhinos especially love to immerse themselves in water like hippos. The humid tropical rainforest is their favorite habitat.

What's pushing Asian rhinos to the brink of extinction?

As the world's second-largest land animal, rhinos barely have any predators except human beings. Over the years, they have suffered from poaching and habitat loss. Their horns are the main target.

In traditional medicines, the powdered horns are believed to have heat-clearing and detoxifying effects. However, the horns are just composed of matted hair and fibrous keratin, the same substance found in fingernails. Once a rhino loses it horn, it won't be dead, but the horn grows back at a slow rate, about 7.6 centimeters long per year.

Apart from that, horns and other parts of rhinos are made into luxurious decorations and regarded as a symbol of wealth and social status in Asia. In an auction, one rhino horn libation cup from the Qing Dynasty was sold at 18.5 million yuan, indicating their popularity in the market.

Asian rhinos are also threatened by shrinking habitat due to human activities. The development of logging and agriculture industries has pushed them to live in small and scattered areas, which is hard for them to breed. Besides, it takes 16 months for a female rhino to give birth to new calves. The slow breeding rate in contrast of its decreasing population makes the conservation efforts urgent.

Is there any hope for Asian rhinos?

In 2017, Indonesia launched a breeding program for captive Sumatran rhinos at Way Kambas National Park in Sumatra. For Javan rhinos, Indonesian government planned to enlarge the current sole habitat at the Ujung Kulon National Park in Java, or to find a second refugee for them as a tsunami hit the park in 2018.

In Nepal, the protection of Indian rhinos is quite a success in the last decade. From 2014 to 2017, the rangers in Nepal's Chitwan National Park has kept a zero poaching record for 1,071 days. Besides, India and Nepal signed an agreement to cooperate on biodiversity conservation earlier this year, including the transboundary protection of species like the Indian rhino.

As long as conservation efforts are ongoing, the Asian rhinos still stand a chance to come back.