CULTURE Where ancient-modern tango is 'order' of the day

Where ancient-modern tango is 'order' of the day 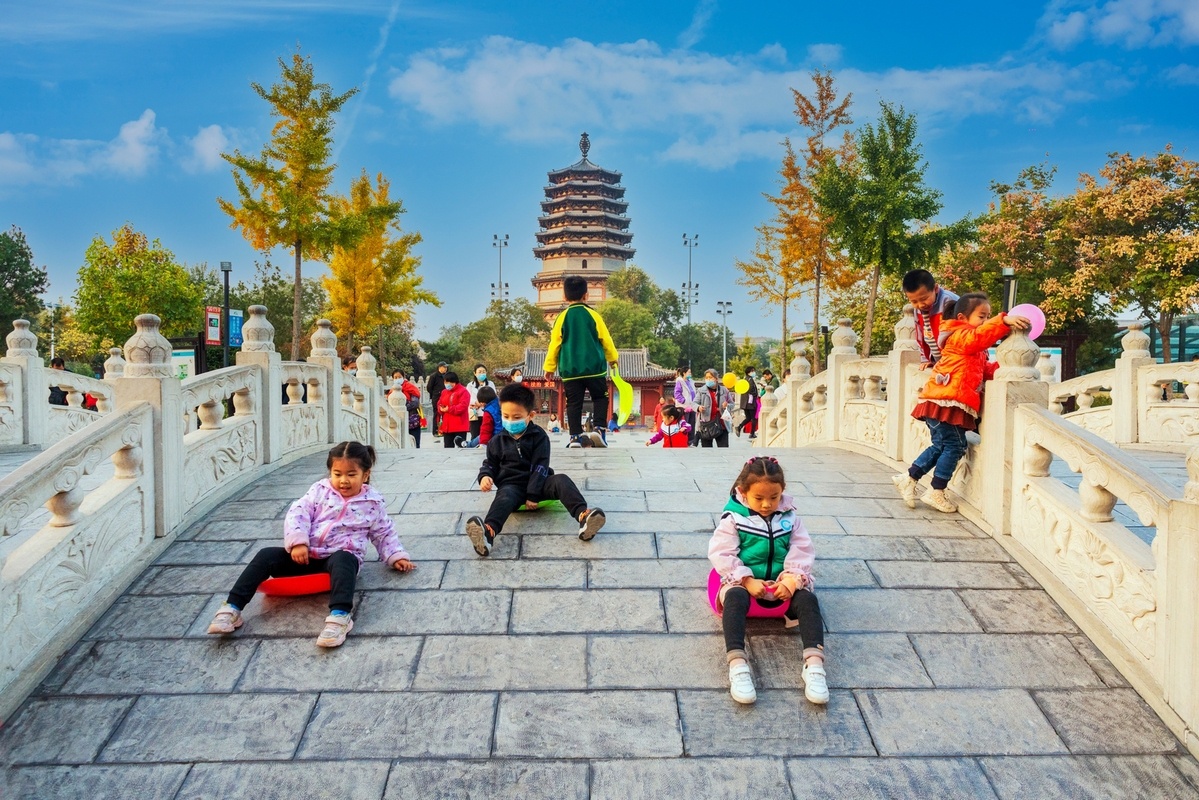 Modern technologies are helping preserve the ancient traditions in Zhengding, a county in North China's Hebei province, even as it opens its doors to an increasing number of tourists keen to have a taste and feel of ancient China.

But for the people of Zhengding, it is the tag of a civilized town with a well-organized society and orderly way of life that is more important. So much so that if a driver parks a car in the wrong spot, he or she is given a ticket for disturbing the parking order.

Liu Nan, a 31-year-old tourist from Tianjin, realized the hard way why the small town is such a stickler for rules during her recent two-day trip. "All parking spots are free, but you need to obey the local rules," a traffic official told her before giving her a ticket for parking in the wrong spot. Liu was also told not to park her vehicle along roadsides, especially if there was no designated rectangle-shaped parking spot on the ground.

Though she was confused and angry, Liu soon understood why the small Chinese town has stricter rules than even the big cities.

Before her trip, she had not heard much about the ancient and livable town near Tianjin. The county is located in the northern part of Hebei's capital city Shijiazhuang and is about 300 kilometers southwest of Tianjin. "It has some of the quaintest streets, dotted with ancient Chinese architecture, giving it a lovely patinated feel," she said.

Littered with Buddhist temples and pagodas, as well as ancient tower buildings and city walls, the county is a reminder of what old China must have looked like, said Liu. Due to its abundant historical resources, Zhengding has been receiving an increasing number of tourists every year. The town received 15 million tourists in 2019, up 15.5 percent on a yearly basis, according to local officials.

Though modern technologies are increasingly being used to promote tourism, local officials are leaving no stone unturned to ensure that it does not disrupt the normalcy in the ancient town. Known as Zhending during the early Han Dynasty (206 BC-AD 220) period, meaning real stability in Chinese, the county continues to be the beacon of orderly and civilized life amid rapid development in the new era. During the past five years, the county has undertaken 24 projects to restore and preserve ancient architecture.

It has also renovated over 600 old streets and 220 shabby residential communities, built new roads and gardens and set up 83 public toilets, which are popular for its cleanliness and facilities.

The town has also established 22 parking lots and demolished walls of several government buildings to create 44,800 free parking spots for residents and tourists.

"There's a reason why I got a ticket for parking casually," Liu said, adding it was one of the measures adopted by the county to maintain cleanliness and order. In 2017, Zhengding was listed as one of the nation's "civilized counties". It won the title again last year.

Honors aside, such efforts are also proving beneficial for its half a million residents.

Like many of his peers, Wang Hongyu did not have any hesitation in returning to Zhengding after graduating from a university in Shijiazhuang.

"The county has developed a lot, in many aspects, and the most attractive one for me is the social order. Besides, it has many places for residents to spend their leisure time," the 27-year-old high school physics teacher said. "Standing on the top of Nanmen (the South Gate of the ancient town), you can see the skyline of a typical ancient town, which is breathtaking," he said.