CULTURE Which calendar you picked for 2019?

Which calendar you picked for 2019?

Ever since our daily lives were dominated by mobile phones and other electronic devices, the traditional calendar, once a necessity for every Chinese family as the New Year begins, has nearly been edged out of the market. 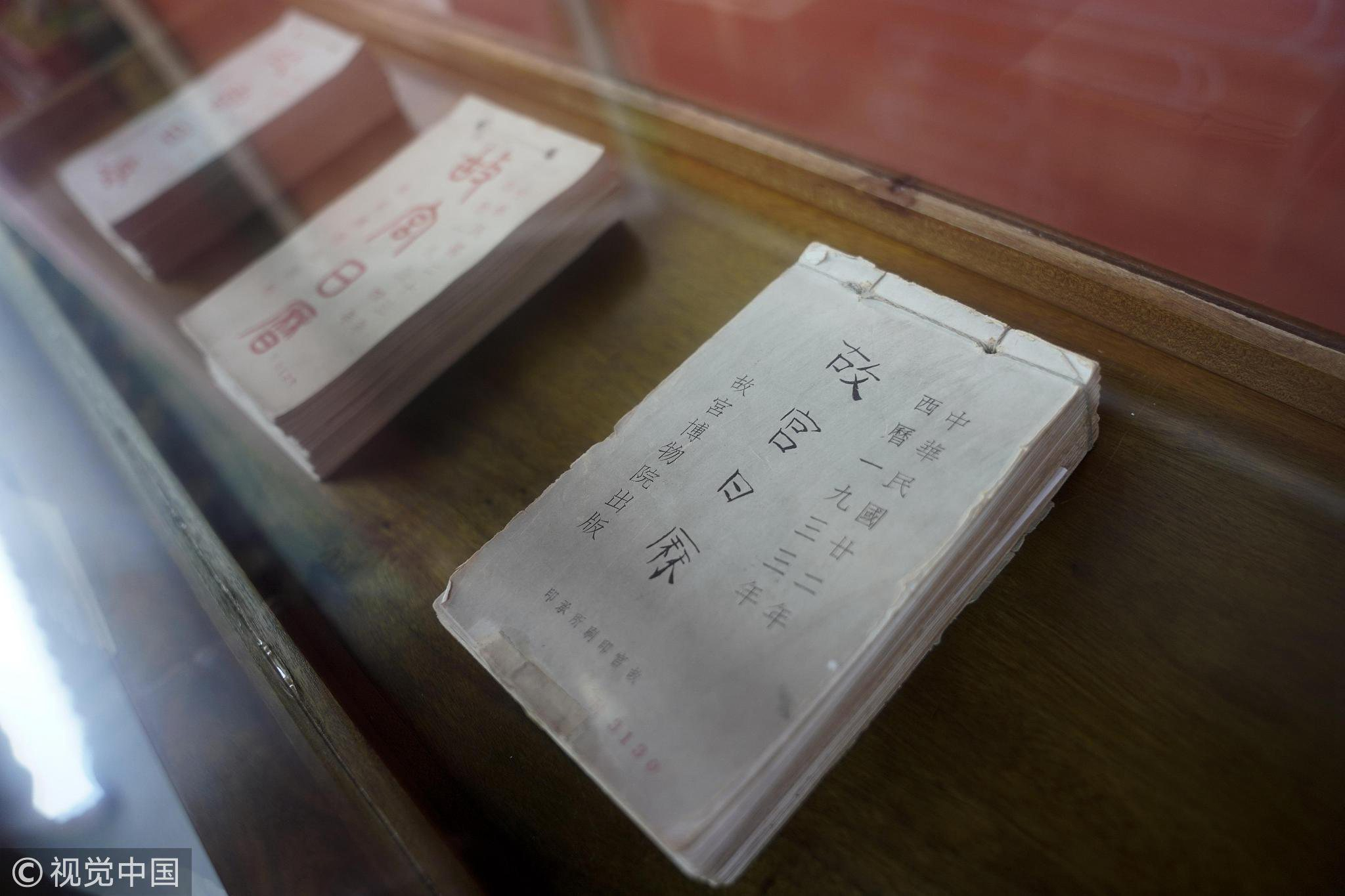 However, in recent years, with cultural creativity industry's booming, calendars have also been rejuvenated, with more diversified categories and designs. It has now become a new trend among the young people in China to pick a calendar for the New Year.

Tapping “calendar” on any Chinese online shopping application, it is not difficult at all to find a handful of choices – the real difficulty is which one to choose for the year 2019.

The rich Chinese cultural creativity industry could be partly owed to the museums' inspiration in developing peripheral products based on their collections. The Palace Museum is no doubt a giant in this.

The Palace Museum Calendar is nothing new; rather, it could be dated back to the 1930s. When the last emperor Puyi of the Qing Dynasty (1644-1911) moved out of the Forbidden City in 1924, scholars made an inventory of the relics and compiled several expertise periodicals. The Palace Museum Calendar, which was first published in 1932, was one of them.

On the back side of each page was the picture of a piece of cultural relics stored at the museum, including calligraphic works, paintings, ancient books, bronze vessels, porcelains and jade. 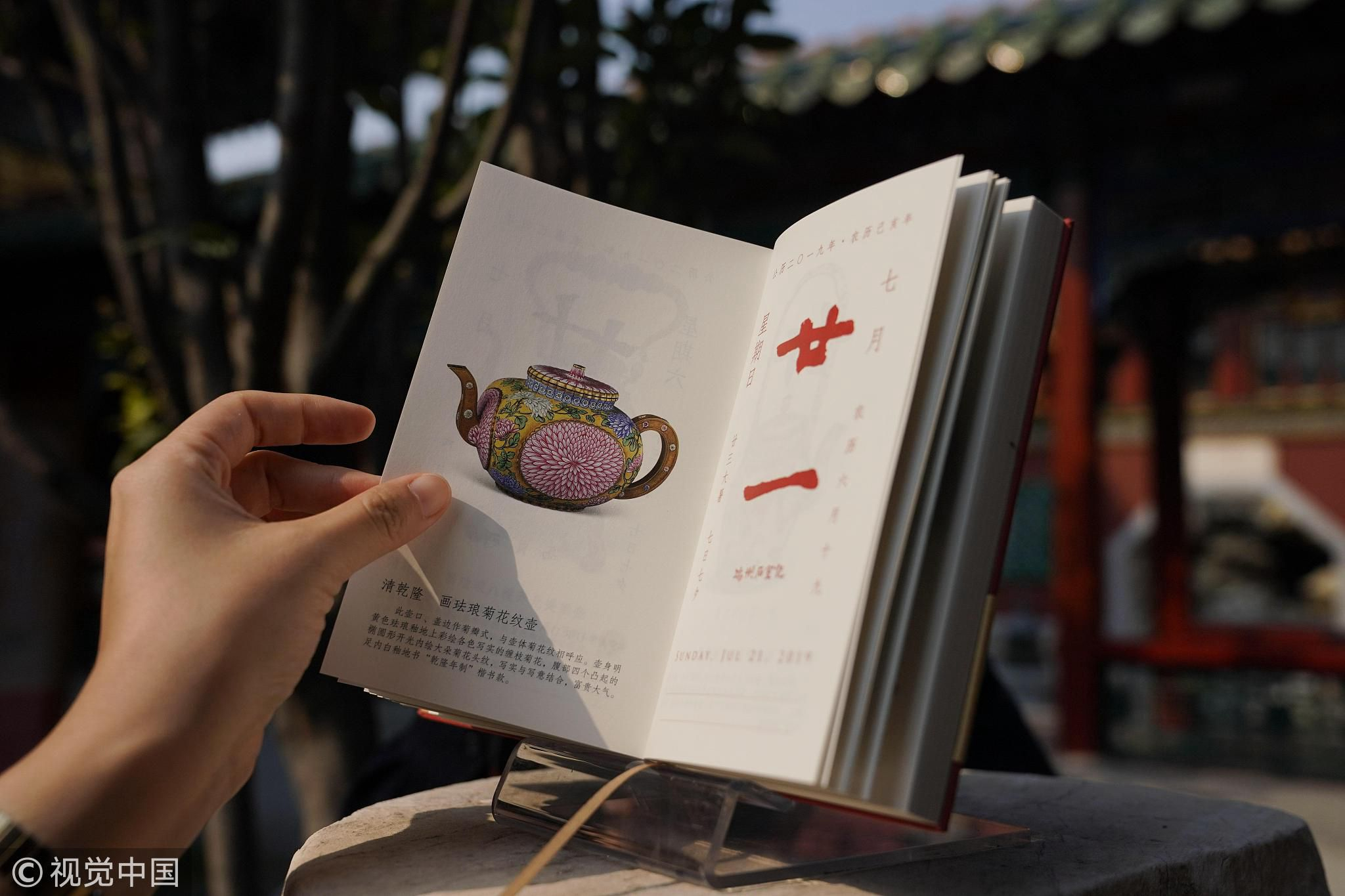 Today, each year's Palace Museum Calendar is themed around the Chinese zodiac sign of the year. For instance, the collections selected to be printed on the 2019 calendar were mainly about the pig. In traditional Chinese culture, the pig is considered representing the richness and good fortune. A number of decorations and artwares took the shape of the animal.

In fact, its value has gone far beyond a calendar. Many antiquaries have been collecting the calendar since it was brought back to life in 2010. The 2010 calendar, priced 60 yuan (8.7 U.S. dollars) upon publishing, is being sold for more than 2,000 yuan ($290) nowadays. 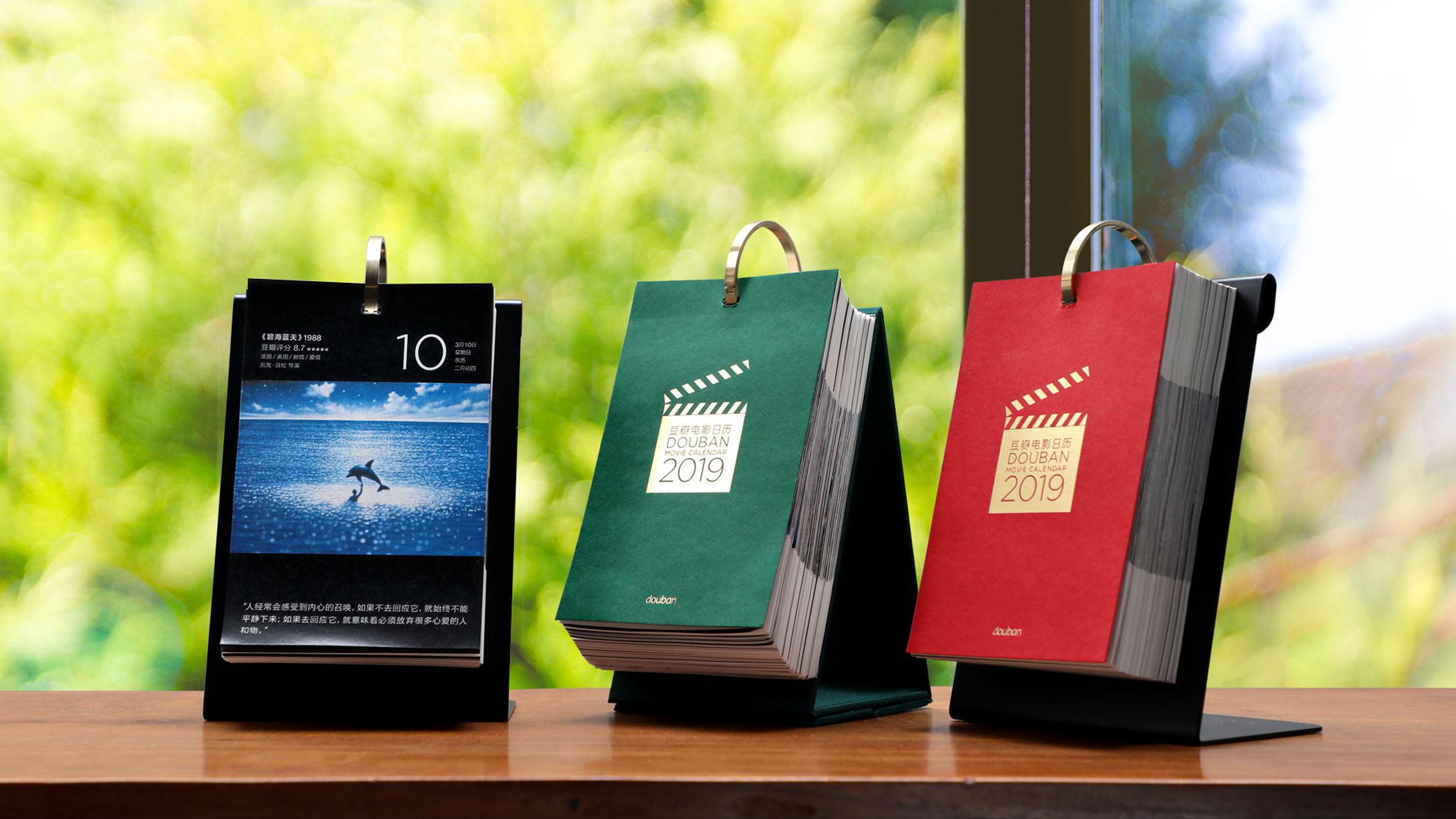 For film fans, while tearing off every day's calendar, it is not bad to go over a classical line of a movie. The most famous film-themed calendars are probably the Douban Calendar and “Vive le Cinema”.

Both have a poster or a still, as well as a line from a classical film every day, the main difference between the two calendars is that Douban Calendar is page-turning while for “Vive le Cinema”, you need to tear off the page every day. The creator, therefore, designed the package of the calendar into a delicate box, which could be used to collect the torn off pages.

The Douban Calendar also contains the rating of the film on its website, douban.com, which is also one of China's most renowned rating and comment website for films, music, books and theaters. It is pretty much the Chinese equivalence to Rotten Tomato. 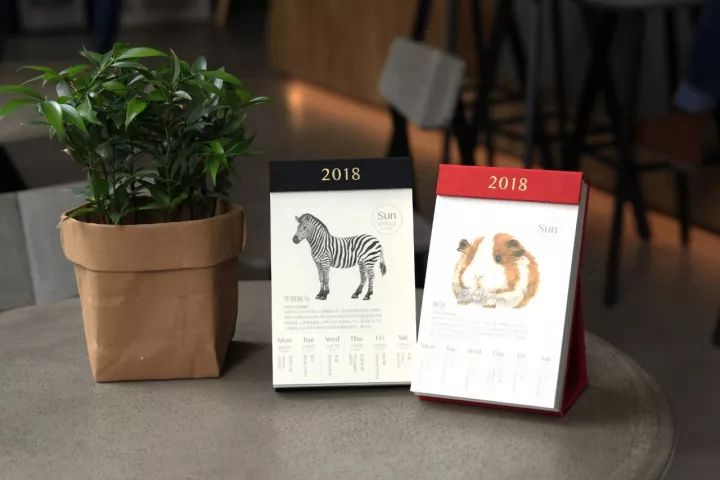 Calendars are not at all only meant for liberal arts enthusiasts, but also for tech and science fans as well. The Species Calendar designed by Guokr.com, an online community for China's young scientists as well as those who are interested in science and technology. 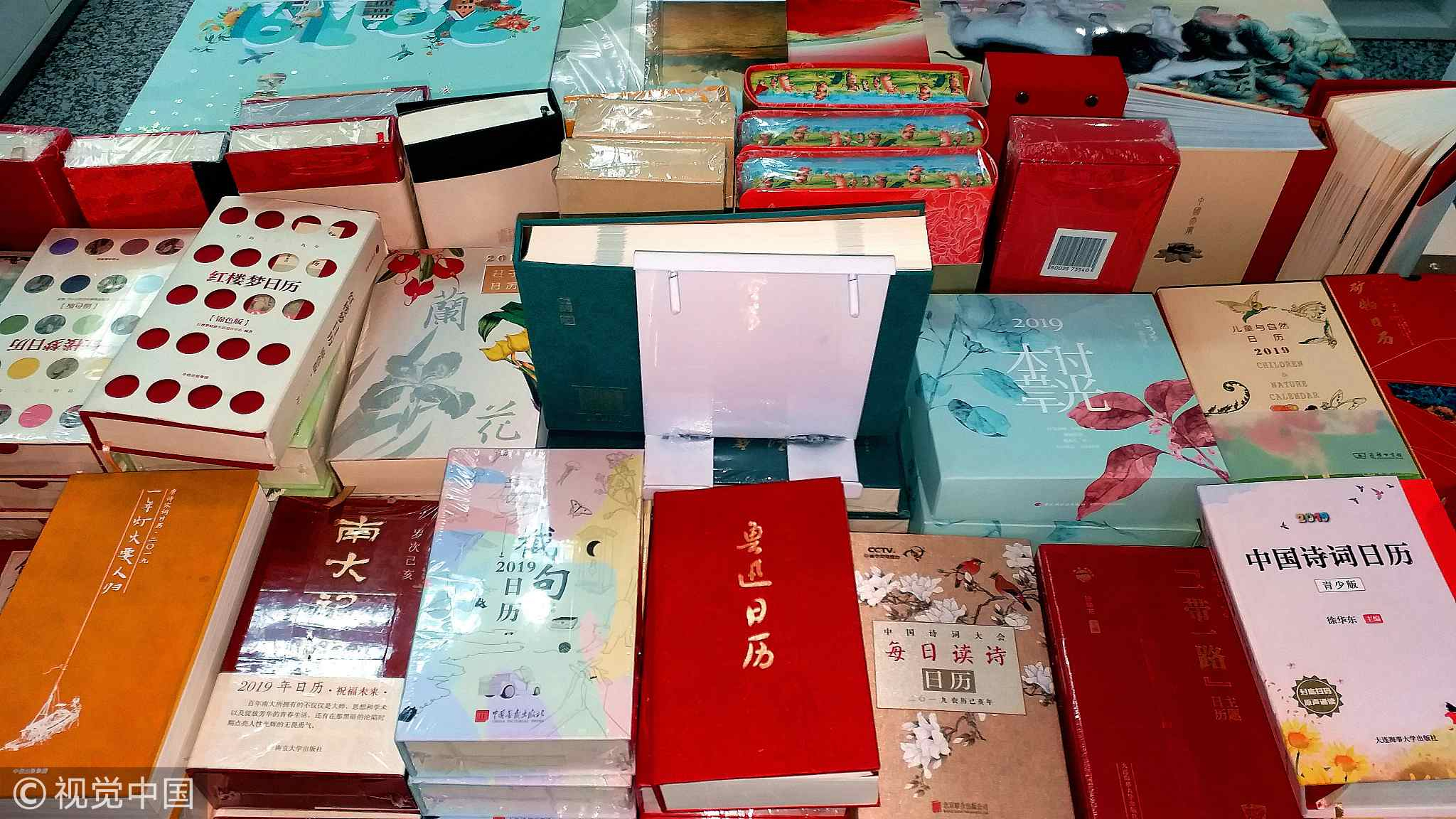 It may cost the book-lovers some time to pick a perfect calendar out of a handful of selections. Several independent bookstore chains have promoted their own calendars, all with fine binding and layout.

The “One Way Calendar” produced by bookstore brand One Way Street is one of the most renowned. It borrows the idea of the traditional “Huang Li” or “All-knowing Book”, which is used for predicting what is suitable or not suitable to do for the day, but adopts more personalized social media-oriented suggestions.

This year, the calendar has creatively adopted the idea of “countdown of a year” by putting the number 365 on the page for January 1. While tearing down a page each day, it could be a reminder of the fleeting time.

Another chain brand Sisyphe Bookstore also promoted their own calendar, with each page bearing a quotation from a selected book. It also contains the traditional festivals and the 24 solar terms, as well as some suggestions on daily living and health. 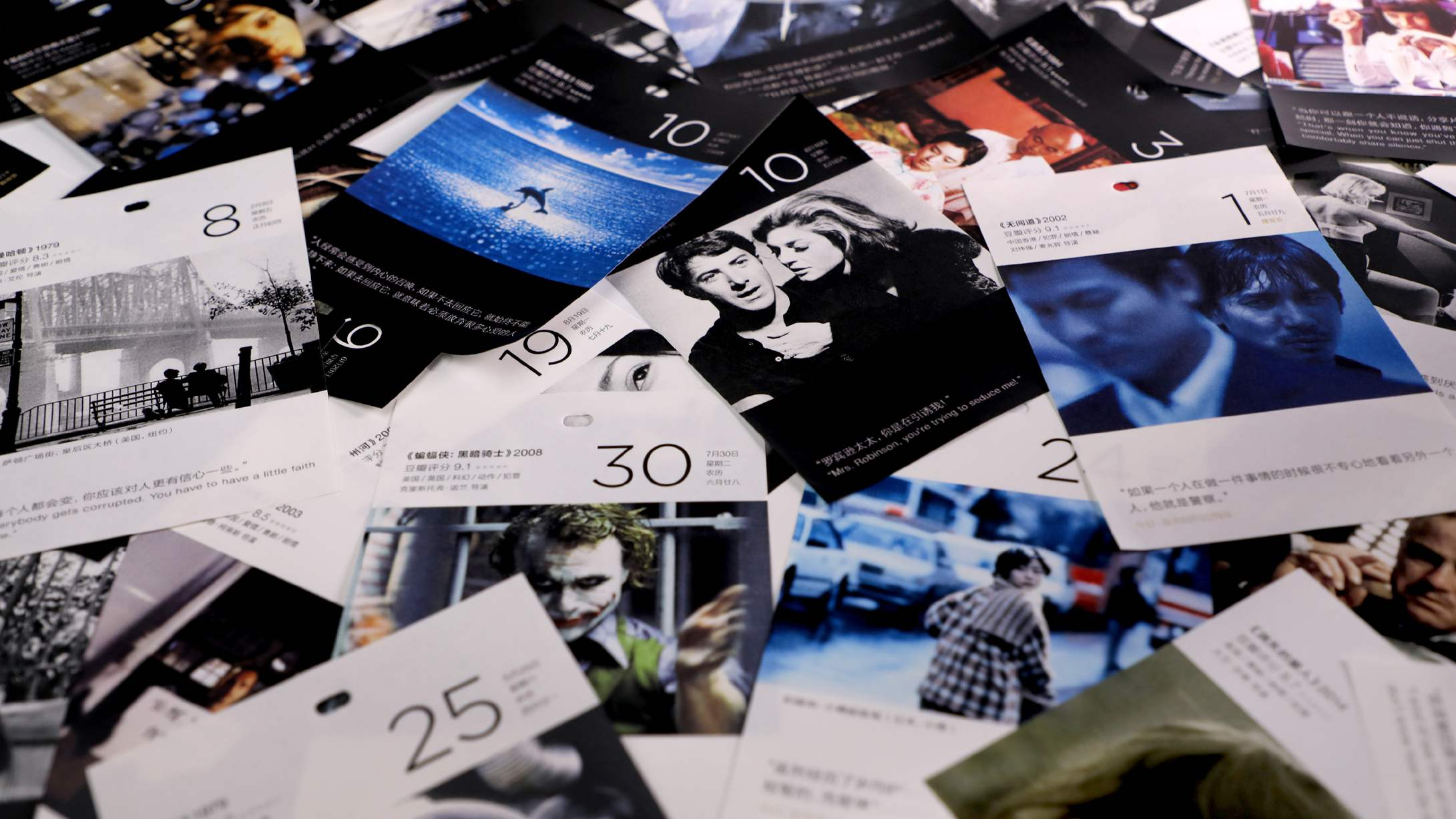 For artist and designers

Besides the types mentioned above, there are also calendars made by some independent designing brands. For instance, a calendar adopting the idea of camera and photo designed by an originated brand called “One Villain and 49 Horses” has become popular among the Chinese youths in recent years. The 365 days were made into 365 pieces of cards, which could be pulled out of the camera-shaped box, like photos.

The brand also produces other series of calendars, introducing the world's famous artists. All of them were designed in unusual forms, which stick to the brand's orientation of catering to the aestheticism of non-mainstream, special-interest punk-style.

Nowadays, selecting a calendar is no longer just a tradition for any ordinary Chinese family, but a way of expressing oneself, and a manifestation of personalities.