CULTURE Why multiple earthquakes are rattling one Indonesian island

Why multiple earthquakes are rattling one Indonesian island 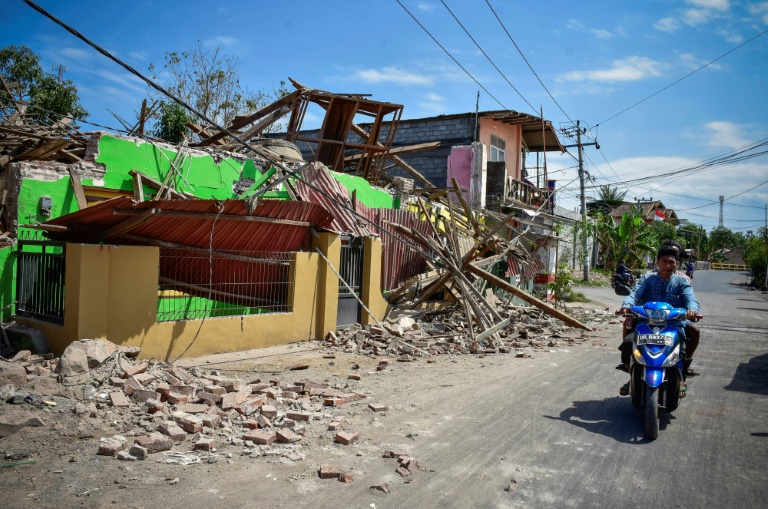 The Indonesian holiday island of Lombok has been hammered by a series of powerful earthquakes in the past three weeks that have killed more than 500 people and left hundreds of thousands homeless.

The archipelago nation sits on the so-called Pacific "Ring of Fire", where tectonic plates collide and many of the world's volcanic eruptions and earthquakes occur. But it is rare for one island to be hit so hard and so often.

Here are some questions and answers:

What caused a string of earthquakes on Lombok?

The earthquakes on the island since late July are the result of a collision between the Australian and Eurasian tectonic plates just below the archipelago, geologists say.

Compression of the two plates is triggering activity along a specific geological fault known as the Flores back arc thrust, which sits north of Lombok and runs roughly from the eastern end of Java island to Timor.

"Clearly there are different parts of the fault that are moving at the moment, releasing those stressors," said Chris Elders, an expert in plate tectonics and structural geology at Curtin University in West Australia.

Why so many strong quakes recently?

Lombok was hit by two deadly quakes on July 29 and August 5. On Sunday it was rattled by a series of deadly fresh quakes and aftershocks, with the strongest measuring 6.9 magnitude.

Elders said seismic activity picked up as different parts of the fault slipped and moved.

However, pinpointing exactly what is causing the ruptures is more difficult -- other than the fact that it shows an accumulation of stress.

"The fault will move periodically when tension builds up," Danny Hilman Natawidjaja, senior geologist at the Indonesian Institute of Sciences, told AFP.

Could there be more quakes?

It is not unusual for strong earthquakes to be accompanied by scores of aftershocks, but a succession of quakes with a similar magnitude is more unusual.

Adang Surahman, an earthquake engineering expert at Indonesia's Bandung Institute of Technology, described the series of tremors as "quite extraordinary" -- and they may not be over.

"Usually it would take a long time for another major quake to hit because the energy has been alleviated," Surahman said.

"But in Lombok we had an even bigger earthquake after a major one... There may still be some imbalances and shifts."