CULTURE Wildlife of Wolong: The vigilant deer live beside the water

Wildlife of Wolong: The vigilant deer live beside the water

The sambar deer are vigilant creatures living in the Wolong National Nature Reserve in southwest China's Sichuan Province. A slight noise or an unfamiliar smell will make them quickly leave for other places. Thus, it's very hard to film them in the wild. The following pictures are captured by video surveillance cameras installed at the reserve.

Scientifically known as Cervus equinus, the sambar deer is under second-class state protection in China. They love to hang out near the rivers and like water with high mineral content. 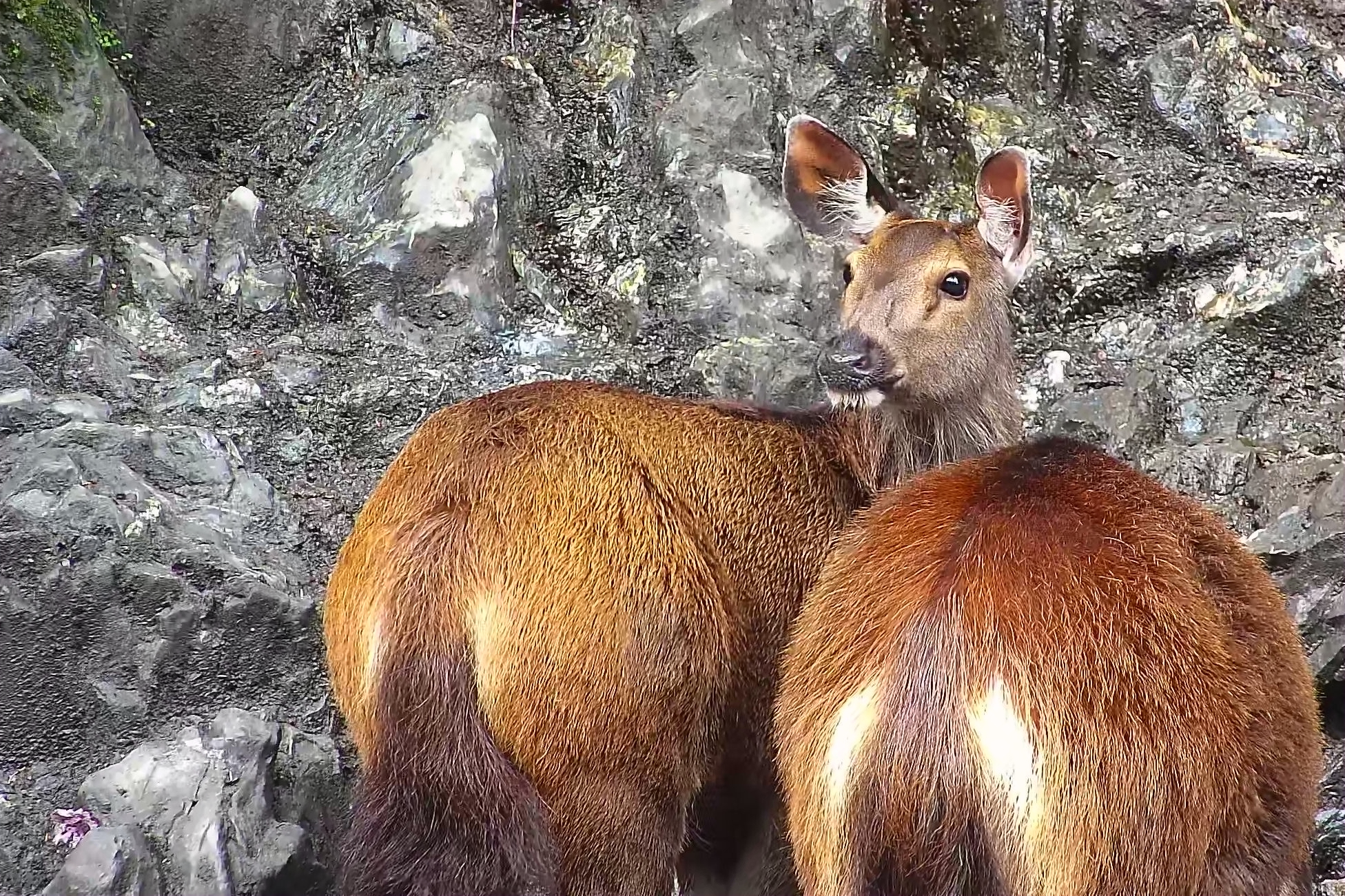 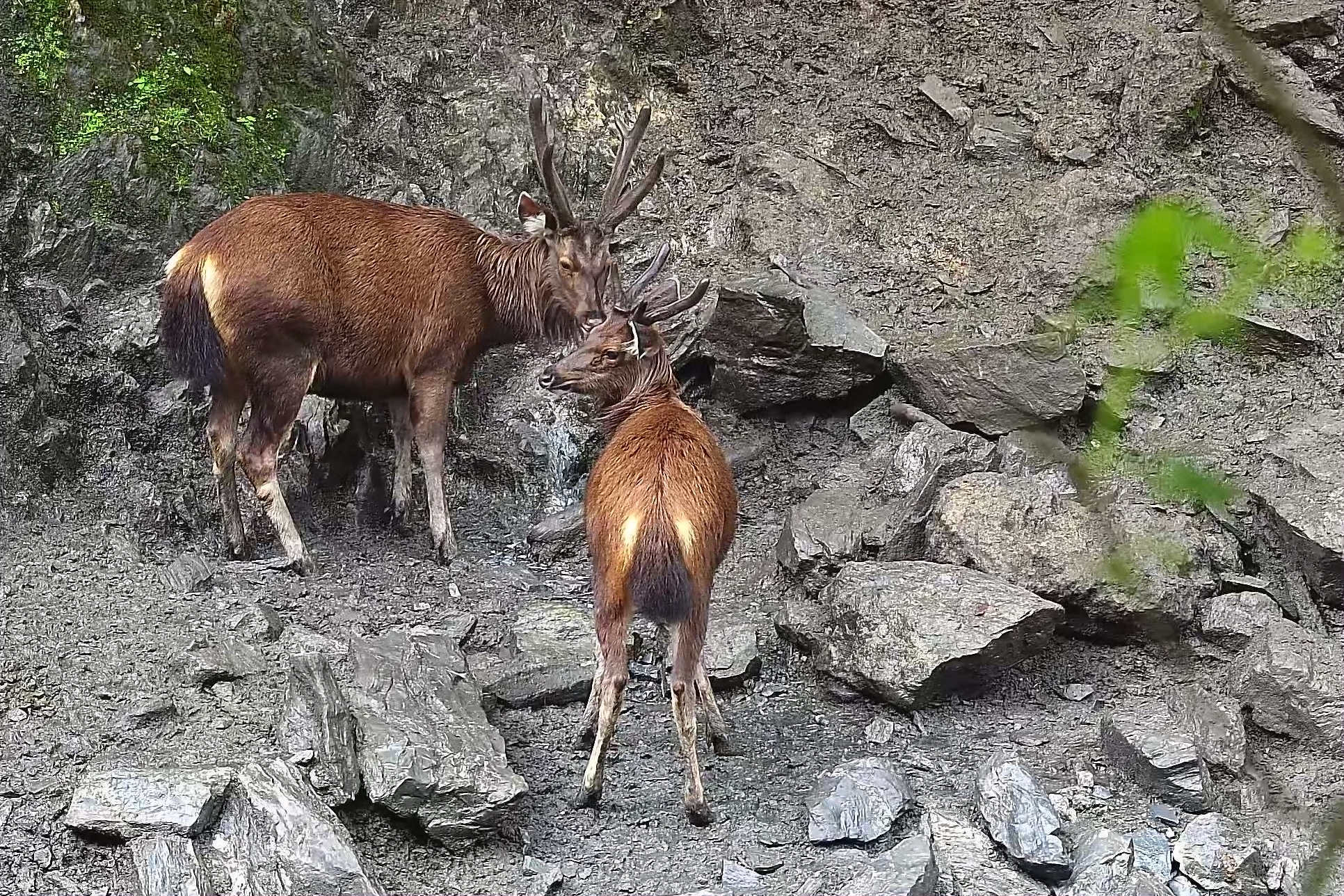 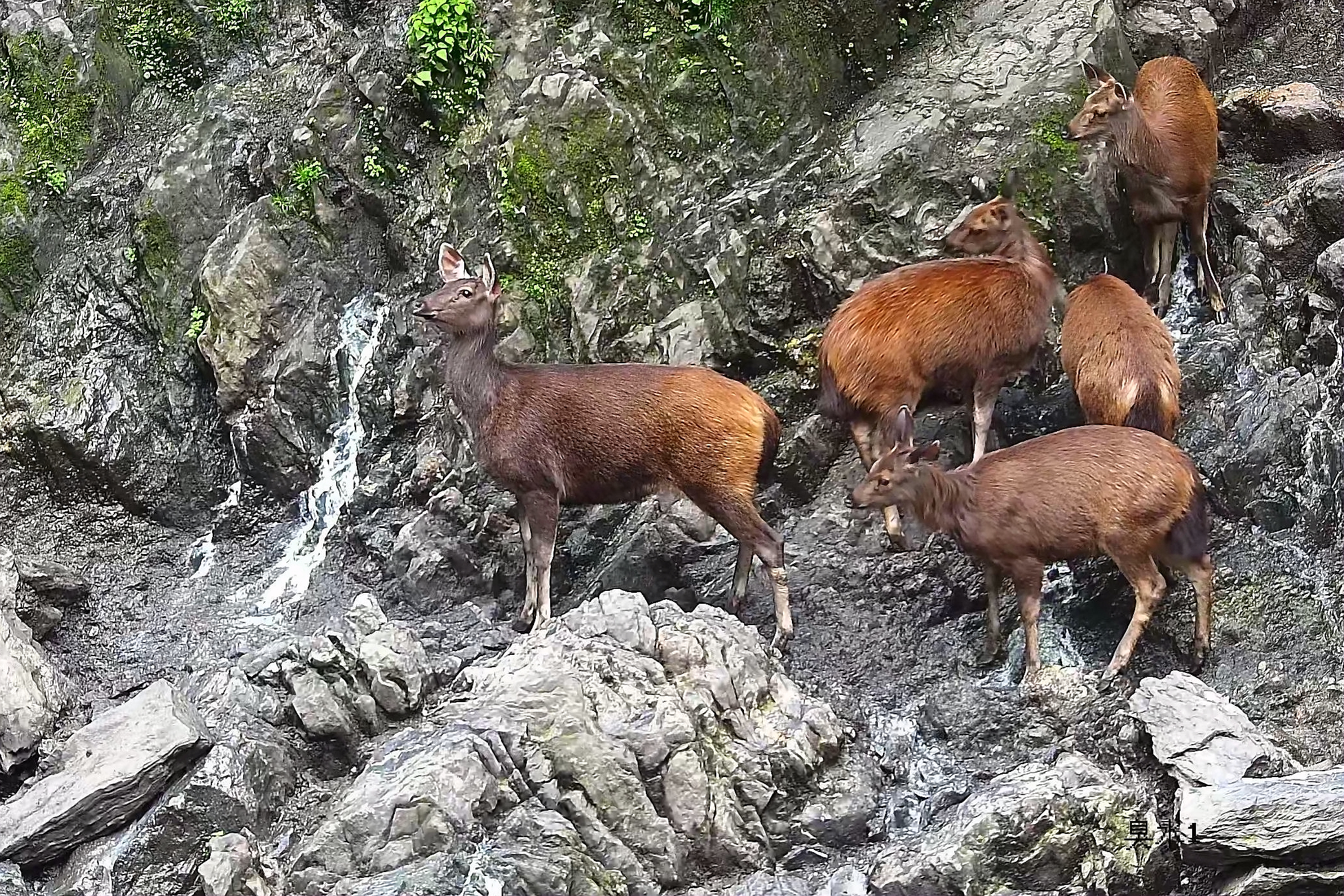 A group of sambar deer licks a mineral substance from rocks. 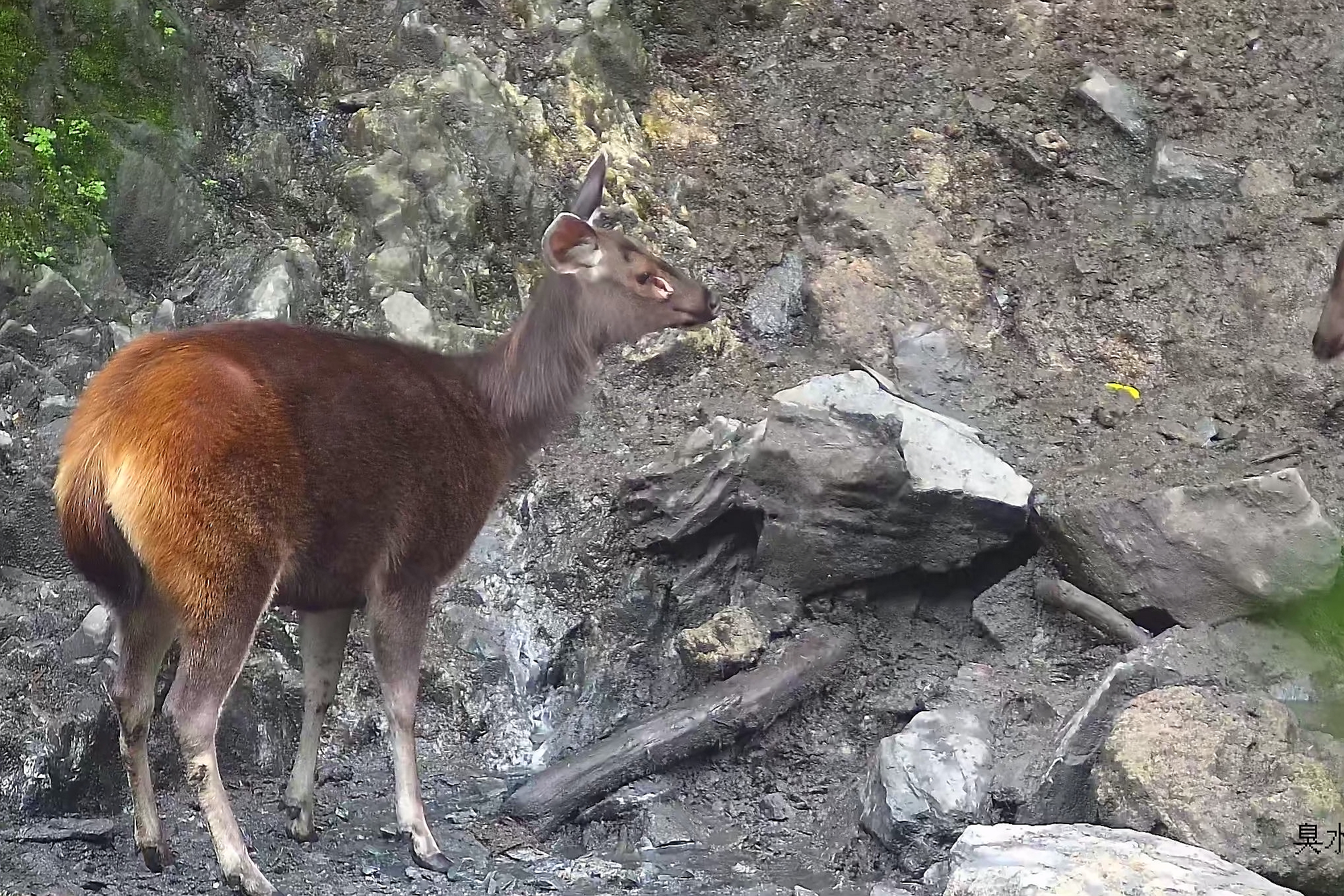 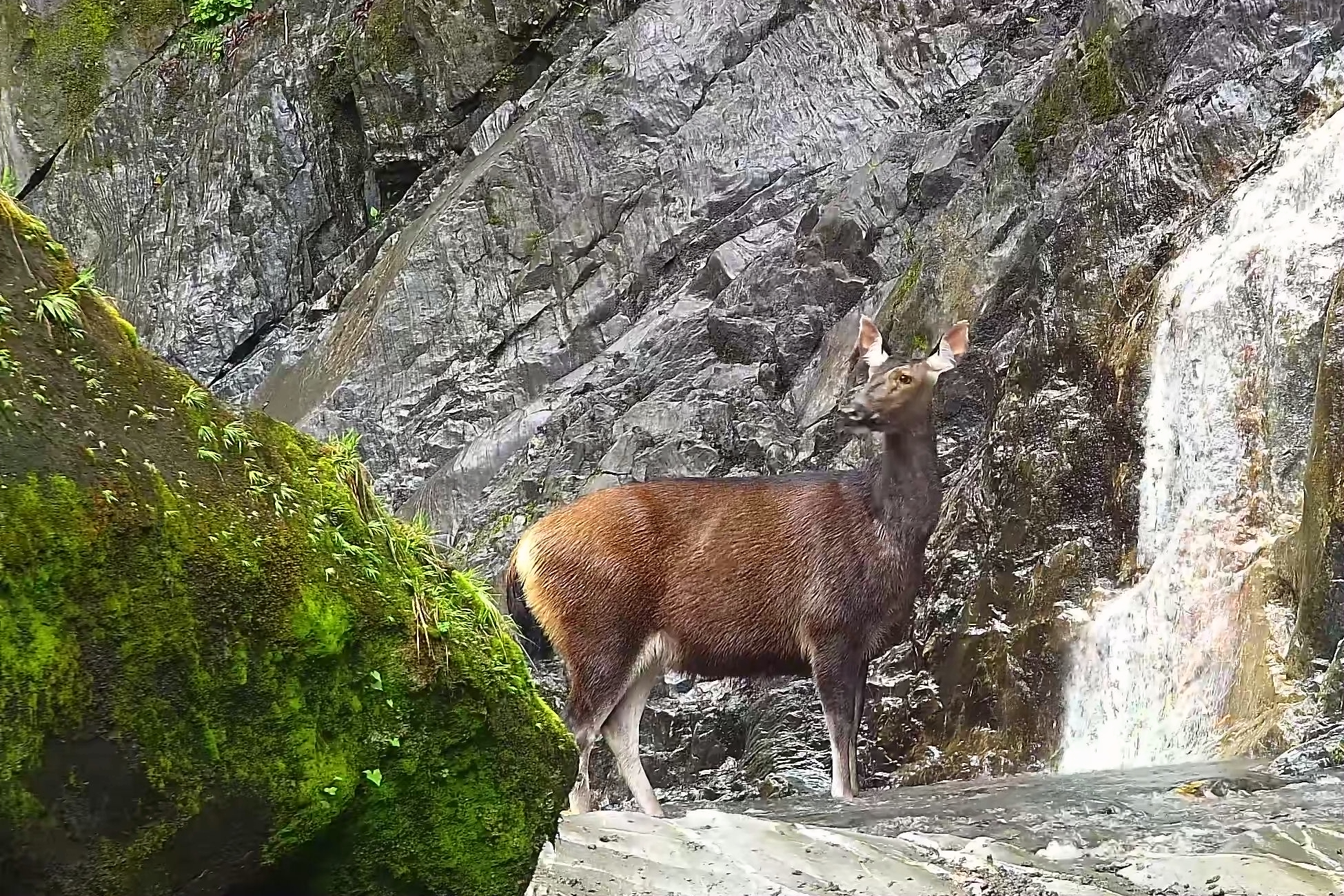 (All photos by He Xiao'an, head of the Publicity Department of Wolong National Nature Reserve Administration in Sichuan Province)