The Chinese audience's intense curiosity for Knives Out, a Hollywood whodunit that is all the rage in North America during the Thanksgiving holiday, will be finally slaked as it hits the Chinese silver screen on Friday. 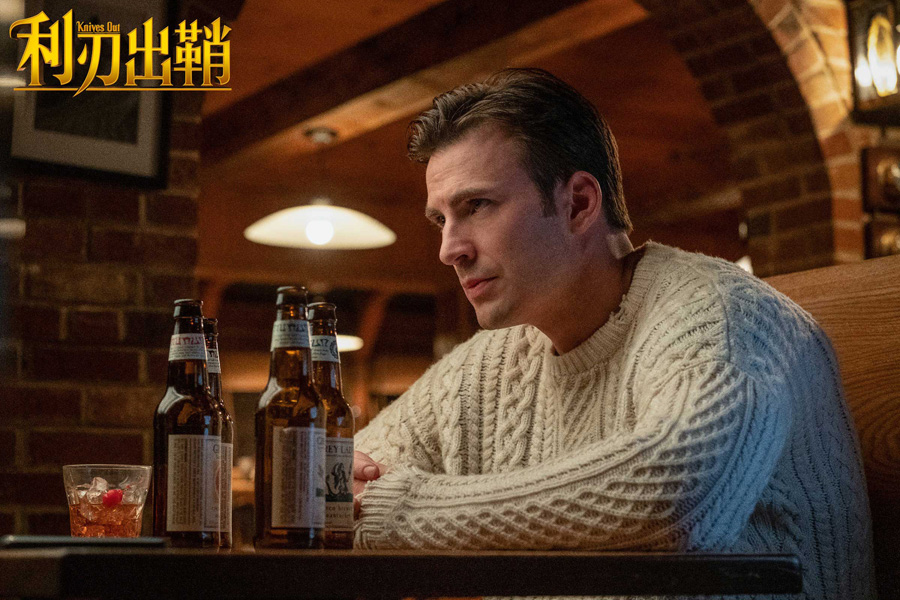 Actor Chris Evans is featured in a still from the highly-anticipated Hollywood whodunit, Knives Out. (Photo: Mtime)

The fun, modern-day whodunit tells of how detective Benoit Blanc, played by Craig, investigates the death of a patriarch of an eccentric, combative family.

Johnson "dusted off Agatha Christie's murder mystery and brought it into the present, intertwining the hunt for the killer with a satirical examination of wealth and privilege in the Trump era", read a recent film review by The Hollywood Reporter.

Upon seeing its title, users on Weibo, China's equivalent to Twitter, commented that they could not help but think of the beloved 2005 Chinese historical and war TV series, Drawing Sword (Liang Jian).

Even days ahead of its China premiere, the highly-anticipated film has scored a stellar 8.6 out of 10 on Douban, China's answer to IMDB.

So much anticipation, discussion, and praise has been heaped on Knives Out on China's social media that it is tempting to believe it will be a great box office success before year-end.

"The film grabbed my attention because it won rave reviews at this year's Toronto International Film Festival held in September," wrote Xu Ruofeng, a Douban user.

"Director Rian Johnson is surely a master of this genre. It strikes me as a successful commercial thriller with a well-orchestrated plot and fine characterization," commented another Douban user in September.

"I'm a huge aficionado of detective stories. Despite that I've read hundreds of such stories, I was also surprised and blown away by this film. I dare say it will be one of the Top 5 theatrical releases of 2019," read another comment on the site.