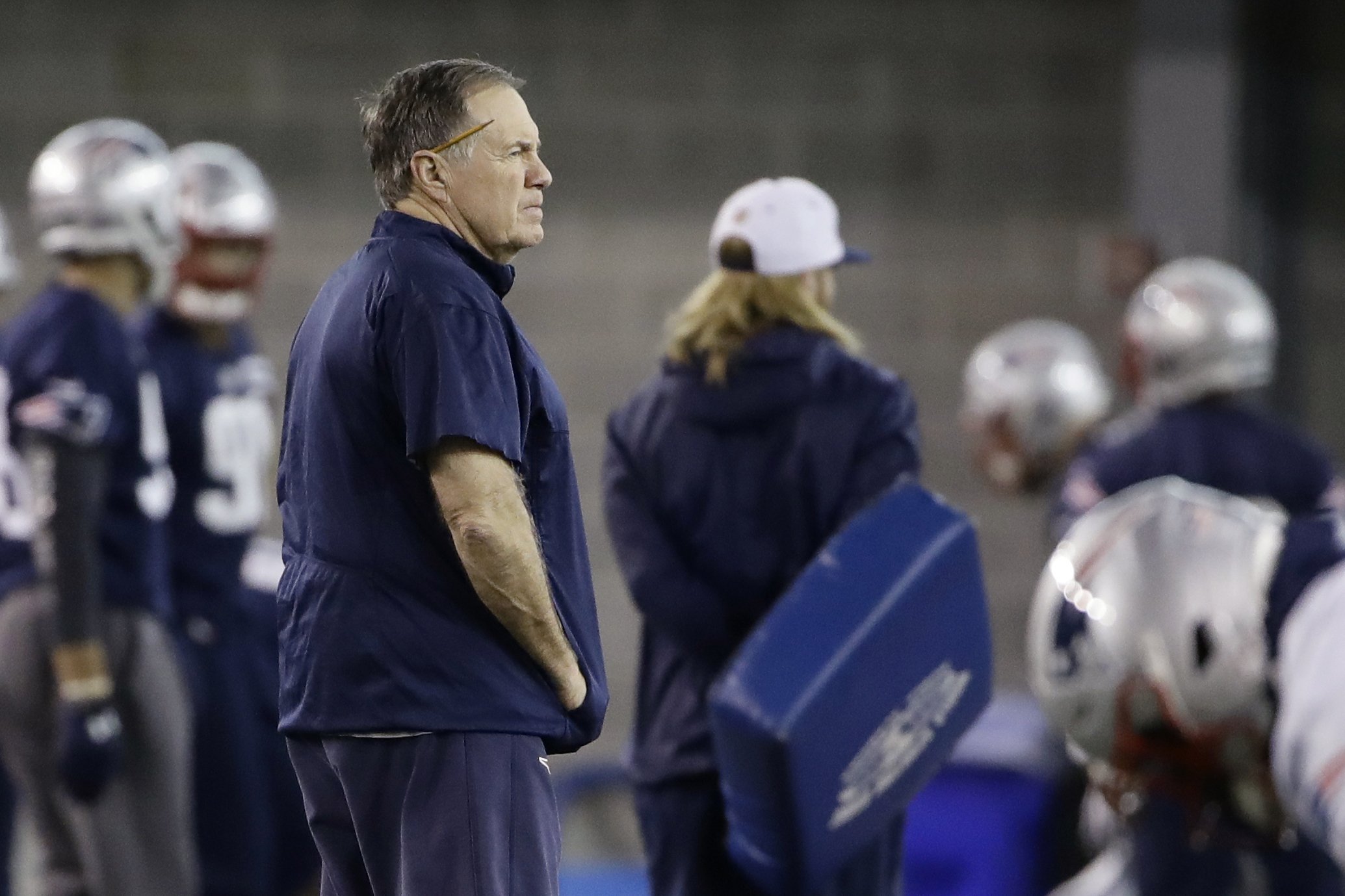 The Latest on the Super Bowl (all times local):

No matter what happens in today’s Super Bowl, Patriots coach Bill Belichick will be on top of the record book.

If the Patriots lose, Belichick will also find himself sharing space the top of the ‘L’ column with his fourth loss. There are some pretty good names there, though: Don Shula, Bud Grant, Marv Levy and Dan Reeves.

The Los Angeles Rams will attempt to cap their remarkable two-year turnaround under coach Sean McVay with their franchise’s first Super Bowl championship in 19 years.

The Rams had been through 13 consecutive non-winning seasons and hadn’t won a playoff game in 12 years before they hired McVay, who was 30 at the time. The youngest head coach in modern NFL history immediately engineered a seven-game improvement last season.

He followed it up by taking them to the Super Bowl for the first time in 17 years. Now 33, McVay would be the youngest coach ever to win a Super Bowl.

Today’s game between the Rams and Patriots marks the eighth rematch in Super Bowl history.

—Cowboys 30, Bills 13 in Super Bowl 38; a rematch of Dallas’ crushing of the Bills the previous year.

Atlanta is ready to show off its sunny side — and its new stadium — to the world.

The city also is ready to cast aside 19-year-old memories of the ice storm that put a deep freeze on its last Super Bowl.

Despite some rain in the morning, temperatures in the 60s around kickoff provide hope that the league will open the retractable roof on the $1.5 billion Mercedes-Benz Stadium. The NFL and CBS would like to see the stadium’s signature camera-lens type roof mechanism in action.

One possibility is the roof will be open for pregame festivities, providing the open-air show for fans and the TV audience, and then close for the game. That would satisfy the NFL and keep fans comfortable as temperatures dip into the 40s.