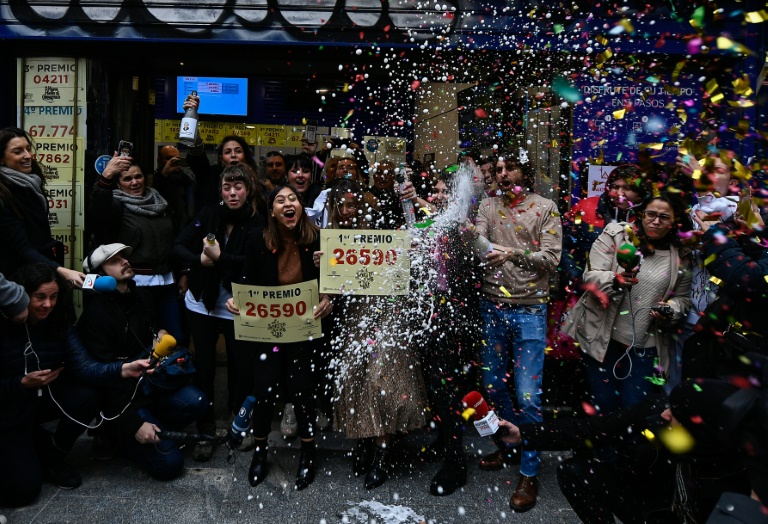 Winners of the lottery traditionally return to the bureaux where they bought their ticket to celebrate. (Photo: AFP)

Winners of Spain's "El Gordo" lottery were celebrating after more than two billion euros were paid out as the lucky numbers were announced live on national television.

"El Gordo", or "The Fat One", is the world's richest lottery, paying out millions of euros every year to multiple winners.

Such are the riches that can be won, Spaniards spent more than 2.9 billion euros on lottery tickets in the hope of getting lucky -- three percent more than the previous year, organisers said.

Children sang out the lucky numbers on the televised show.

The winners are often members of the same family or work colleagues, who pool together to buy a share of a ticket.

Thus if 10 people buy a share in a ticket which wins the top prize paid out, which is four million euros, then each will receive 400,000 euros.