CULTURE With visa uncertainties, Chinese students look beyond the US

With visa uncertainties, Chinese students look beyond the US 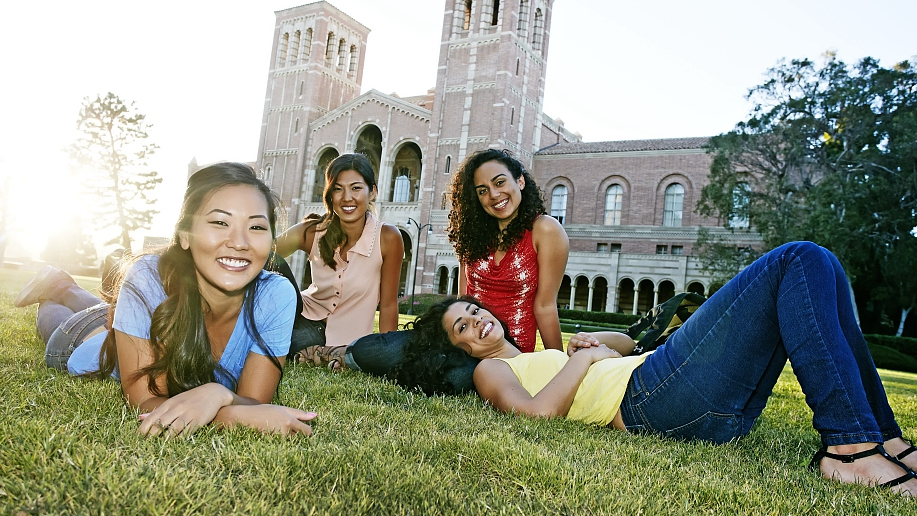 Chinese students leaving the US Embassy in Beijing come out with either a green or a white form. All visa applicants know what the colors mean: the green handout is a "check," meaning they've been approved, while a white one is a "no."

Heightened tensions between China and the United States has recently encroached the field of education. Beyond raising tariffs and blacklisting tech companies, educational exchanges are a new concern, with Chinese student visa applications to the US seeing increased uncertainty.

China's Ministry of Education on Monday (June 3) warned Chinese students and academics to "evaluate the risks before studying abroad" and "to protect themselves and prepare accordingly," following recent American visa limits and visa rejections.

Zheng Jinlian, a senior researcher with the Center for China and Globalization who focuses on immigration policies, told CGTN that she was asked to present additional documents when applying for a US visa in May. She was supposed to be in the US at the end of May, however, the "check" took two months, interfering with her plans.

"You just get nervous when you see all the applicants before getting rejected, "said Zheng. "I prepared everything I could think about to show it was just a regular academic trip like before, but I was asked to file more details on my works, relatives, colleagues, and even privacy. "

"Ninety-eight percent of younger students got their visas approved, but academic visitors or PhD students met obstacles," said Timothy Lin, the founder of the famous social media account College Daily. He believes the visa restriction is more likely targeting Chinese academics and researchers, instead of undergraduates or younger groups.

"According to the China Scholarship Council, among the 10,313 Chinese overseas students sponsored by the Chinese government to study in the US, 331 delayed their plans due to visa issues, accounting for 3.2 percent. 182 out of the 1,353 students had to change their plans for the same issue in Q1 2019, accounting for 13.5 percent,” said Xu Yongji, deputy director of the Ministry's Department of International Cooperation and Exchange.

Data from the US Council of Graduate Schools shows a four percent decrease in international graduate applications in 2018, while the Institute for International Education reported a 6.6 percent decline in new enrollment of international students.

On May 23, Yale University's President Peter Salovey sent a letter to Yale community and made “steadfast commitment to its international students and scholars” clarifying Yale's insistence on welcoming talented colleagues from around the world does not detract from their dedication to the integrity of our research. Yale also promised to pair their unequivocal commitment to careful research stewardship, writing: “international students and scholars are welcome and respected on our campus.”

Martha Pollack, President of Cornell University, stated that Cornell is "an institution where any person can find instruction in any study." She makes it clear that "national security is the concern most commonly cited for these procedural and policy changes, yet most research universities, including Cornell, conduct no classified research; those that do must meet strict standards and controls."

Since last year, Chinese students and academics major in tech-related areas, e.g. robotics, aviation, engineering and hi-tech manufacturing, have faced tighter visa bans. These scholars bring not only inventions and innovation, but their contributions to American communities. Let alone the financial input: international students contribute nearly 39 billion USD to the United States economy, creating or supporting over 455,000 jobs, according to the Institute of International Education in the States.

In 2017, Chinese students brought in about 1.3 billion US dollars to the country.

The huge demand by Chinese students to pursue education overseas, though, will not disappear due to one certain country's cold welcome. Middle-class families in China are eager for their kids to have an English education and experience global competition, a trend that will likely continue to grow. The challenges may be an opportunity for non-US universities among Chinese students.

As a traditional destination country for Chinese students, Canada had 572,415 international students at all levels of study in 2018, up from 492,545 the year before. Among them, Chinese numbers rose two percent last year to reach 143,000, and accounted for 29 percent of Canada's foreign students in 2018, according to CBIE (Canadian Bureau for International Education).

The number of Chinese students at British universities has also increased from 87,900 (five years ago) to 106, 530 in 2017-2018 according to data published by the Higher Education Statistics Agency based in Beijing.

Claire Min, a senior executive consultant from UK Pathway Consultancy Group, told CGTN that English-speaking countries taking the most share of new transaction volumes and student interest are the UK, Canada, and Australia. “Another contributing factor is the British pound, which has weakened over the past years due to Brexit, making the cost lower in the UK, which attracts more Chinese students and parents."

"Generally, the validity time of a British visa for international students is 16 months, including time in schools plus a T5 internship period," said Claire, adding that this year the UK has issued a new policy for start-up immigration to encourage migrants who are looking to establish a business with innovative, viable and scalable business ideas in the UK.

Security is another key factor affecting younger students' choices, with campus shootings being a concern for Chinese parents. Other popular destination for Chinese students such as Canada, Australia, New Zealand, as well as Germany and France in Europe, and Hong Kong, Japan and South Korea in Asia, are all opening their arms with more solid safety guarantees.