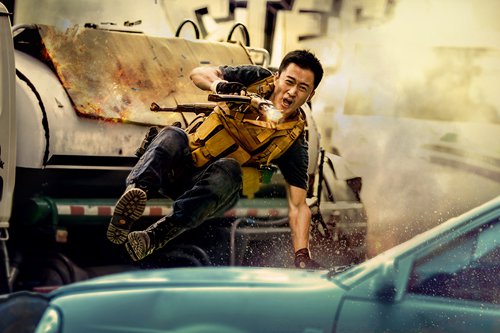 Wolf Warrior actor Wu Jing sued a hospital for the unauthorized use of his picture for prostate treatment commercials, saying it smeared his reputation and left a bad impression on readers.

In July 2018, Wu discovered that a hospital in Kunming, capital of Southwest China's Yunnan Province was using his picture on its magazine for an advertisement for prostate treatment which went, "After seven days, regain your youth and be the best wolf warrior."

Wu said the advertisement is everywhere in Kunming--street vendors, stations, shopping malls and other places.

The magazine has other advertisements to treat premature ejaculation and impotence.

Wu claimed he never closed a deal with the hospital, nor did he authorize it to use his picture.

He said the violation would mislead readers into believing he received a similar treatment, or that he has cooperated with the hospital, which is a lie, and leaves a negative impression of him to readers.

Wu sued the hospital for 305,000 yuan ($45,464), stop distributing the magazine and retract all copies with Wu's photo. He also asked the hospital to publicly apologize in national newspapers.

The hospital did not appear in court, and the court made no decision.

Wu became famous after starring in Wolf Warrior, a popular 2015 Chinese military action movie. The movie's sequal, Wolf Warriors II, which grossed over 2.5 billion yuan ($372 million) in less than 10 days after it was released in 2017, has become a phenomenon. In the film, a Chinese soldier ventures alone into a war zone in Africa to save his trapped compatriots.