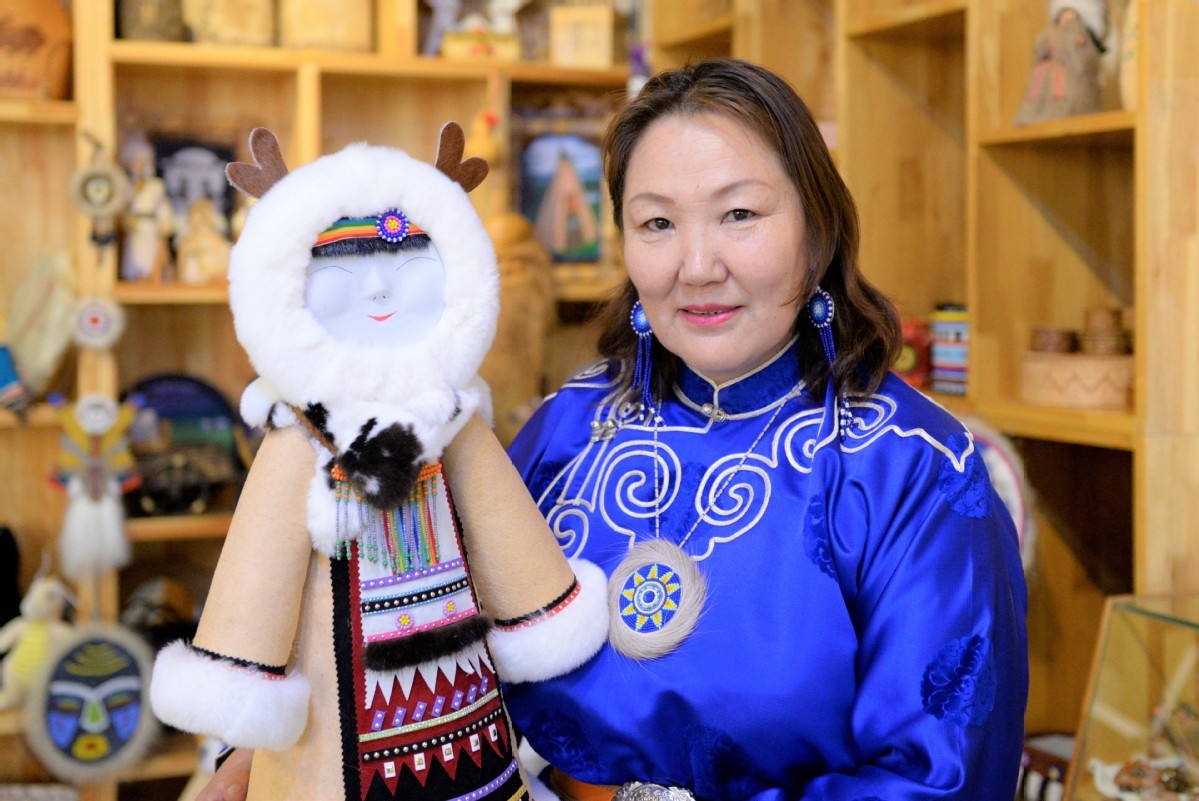 Wuren Yijirheyen, a 52-year-old shepherd in Hulunbuir, North China's Inner Mongolia autonomous region, never dreamed her small family workshop in fur and leather handicrafts would grow to a giant business with over 1 million yuan ($143,900) in annual sales and lift hundreds of impoverished women out of poverty.

As a nomadic minority group living in high altitude areas of northeastern China, the Ewenkis worship the sun, warmth and brightness, Wuren said. Sunflower motifs, commonly made of cowhide, sheepskin and sable fur and decorated with agate stones, are believed to bring blessings and good luck to local inhabitants. 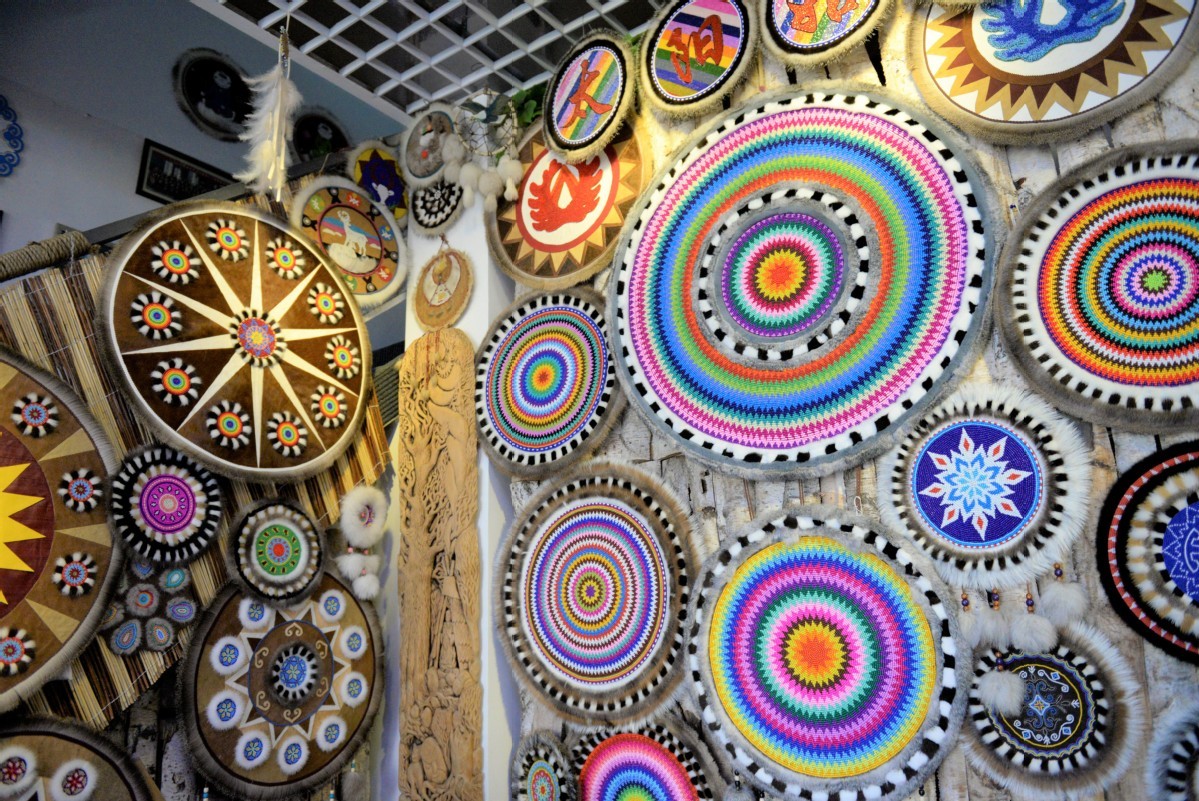 The handmade sunflowers hanging on the wall at Wuren's workshop in Hulunbuir, Inner Mongolia autonomous region, on Aug 3, 2020. [Photo by Zhao Shiyue/chinadaily.com.cn]

"My business witnessed a significant step forward as the government introduced preferential policies to support the minority group's entrepreneurs," Wuren said. "I didn't have to pay rent for my workshop. In addition, the government also provided a 30,000 yuan subsidy to help tide us over with funding difficulties during the startup stages."

After nearly a decade of development, Wuren's small business has already grown to a fairly complete production line, with ethnic handiwork items ranging from earrings, necklaces and headdresses to backpacks, gloves and refrigerator stickers, generating yearly sales of over 1 million yuan in 2019.