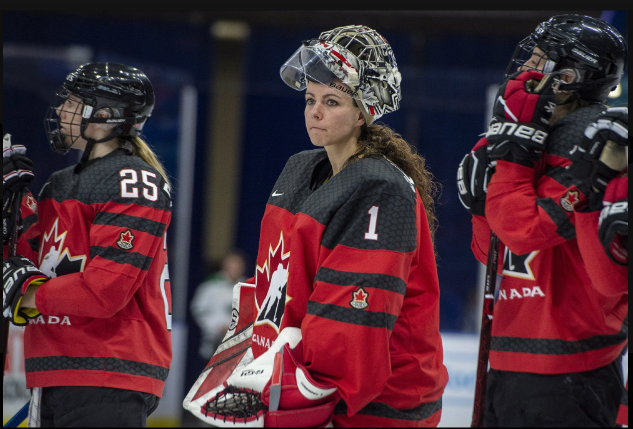 Unhappy with the status quo, more than 200 of the world’s top female hockey players declared Thursday they will not compete in North America next season in a dramatic attempt to establish a single, economically viable professional league.

The players announced their decision in a joint statement released to The Associated Press before being posted on social media in a move that has the potential of drawing the NHL further into the conversation of backing women’s hockey. The group includes stars such as Americans Hilary Knight and Kendall Coyne Schofield and Canadian national team goalie Shannon Szabados.

The players pulled together in a united front in less than a month and said they wanted to express their dissatisfaction with the current state of the sport while demanding a say in establishing a league.

“We’re not playing anywhere professionally in North America. We just want to build something better,” Knight told The AP. “Now, what that looks like could be a handful of different things. But our main purpose and goal is to promote the growth of the game and increase the visibility. But ultimately, we need the sustainability factor to make us all feel better about what we’re doing on a daily basis.”

The players’ announcement stresses cross-border unity and cites the obstacles they’ve had to contend with in being paid as little as $2,000 a year, while also paying for their own health insurance.

“We may have represented different teams, leagues and countries — but this is one family. And the time is now for this family to unite,” the statement read. “This is the moment we’ve been waiting for — our moment to come together and say we deserve move.”

The announcement comes little over a month since the Canadian Women’s Hockey League made an abrupt decision to cease operations due to financial issues. The CWHL’s demise left North America with just one pro league, the five-team U.S.-based National Women’s Hockey League.

Rather than make the jump to the NWHL, the players spent the past two weeks reaching a consensus to risk sitting out an entire year.

“Obviously we want to be on the ice, but I think that kind of speaks volumes to how critical it is and how important it is to us,” said Szabados, who spent last season playing for the NWHL Buffalo Beauts.

“It’s strength in numbers. It’s coming from all of us. It’s not just a few of us,” Szabados added. “It’s not just players who play for one league or the other. It’s over 200 of us that kind of want to stop being pulled in 10 different directions and kind of get all our resources under one roof.

The players’ decision places an emphasis on the NHL to play a larger role in women’s hockey, as well as the nations’ two governing bodies. The NHL has provided financial support to women’s hockey, but has resisted further involvement including the possibility of sponsoring its own league.

Commissioner Gary Bettman previously told The AP he doesn’t want the league to be seen as “a bully” in pushing either of the two out of business. As for assuming control, Bettman has repeatedly said the NHL doesn’t believe in either of the league’s business models.

Bettman reiterated his position during an interview with The AP this week.

He referred to the CWHL ceasing operations as something that “proved the point that we have genuine concerns about sustainable models.”

“What we’ve repeatedly said is if there turns out to be a void — and we don’t wish that on anybody — then we’ll look at the possibilities and we’ll study what might be appropriate,” Bettman added. “But at the end of the day, we’re not looking to put anybody out of business. And if the NWHL can make a go of it, we wish them good luck.”

“The NHL’s saying, ‘Until there’s a voice in women’s hockey we’re not going to step in,’” Knox said. “Well, here’s a void. Here’s the players saying this is not enough. We’ve earned better than this. We’ve earned the respect we have, and we deserve what we’re asking for.”

Knox also placed the onus on Hockey Canada and USA Hockey for providing more resources to develop the women’s game.

“Take a look in the mirror, Hockey Canada and USA Hockey,” she said. “I mean, these are your players who are winning you Olympic medals saying, ‘We’re just not getting enough right now.’ ... I would certainly hope it’s a moment for them to self-reflect and say, ’OK, where are our interests and where do we see it fitting in the future?”

The six-team CWHL operated as a not-for-profit league and was restricted by Canadian tax laws in how much it could pay its players. Though established in 2007, the CWHL didn’t begin paying its players what was considered a stipend — ranging between $10,000 and $2,000 — two years ago.

The NWHL was established in 2015, and became the first league to pay its players annual salaries which ranged from between $26,000 and $10,000 in its inaugural season. Financial difficulties, however, led the NWHL to slash salaries by as much as half a little over a month into its second season.

“The NWHL has time and time again shown it’s not that long-term, viable option for women in hockey, and it does not showcase the best product of women’s hockey in the entire world,” said Coyne Schofield, who most recently played for the NWHL’s Minnesota Whitecaps. “There’s a lot of things that go into it. ... The business model is one of those, the salaries, health insurance, the treatment of the players. There’s a lot of things that make it really tough to be a professional athlete in the NWHL.”

What makes the pledge notable, Knox said, is getting a majority of non-national team players to also commit to the decision because they in some ways have more to risk in not playing.

“They’re making the ultimate sacrifice to say, ’I would rather not play another professional game this year and possibly the rest of my life than live another day knowing we’re in a world that professional female hockey players do not have the stage they deserve,” Knox said. “And I think that’s a powerful thing.”