CULTURE Woodcut exhibit blends the genres of the East and West

Woodcut exhibit blends the genres of the East and West

Founded in the 1930s at the China Academy of Art during a period of war and civil unrest in China, the Muling Woodcut Society attracted a group of prominent painters who pushed creative boundaries and created works that piqued the public's interest and conscience.

Lu Xun, a key figure of modern Chinese literature, urged artists to produce powerful woodcut print posters to inspire people to resist invasion and enemy forces. The society was established under his leadership and guidance.

Today, the China Academy of Art's woodcut art department is still running and is regarded as a hotspot for art students, with a handful of top artists teaching their skills and ideas and passing down the heritage through generations.

Professor Wu Jide, a CAA graduate, has been a woodblock printing instructor since the 1980s. A hundred multi-color woodcut works are now on exhibit at the Zhejiang Art Museum till May 25. Visitors can see the influence and spirit of the previous generation while continuing to innovate his personal style. 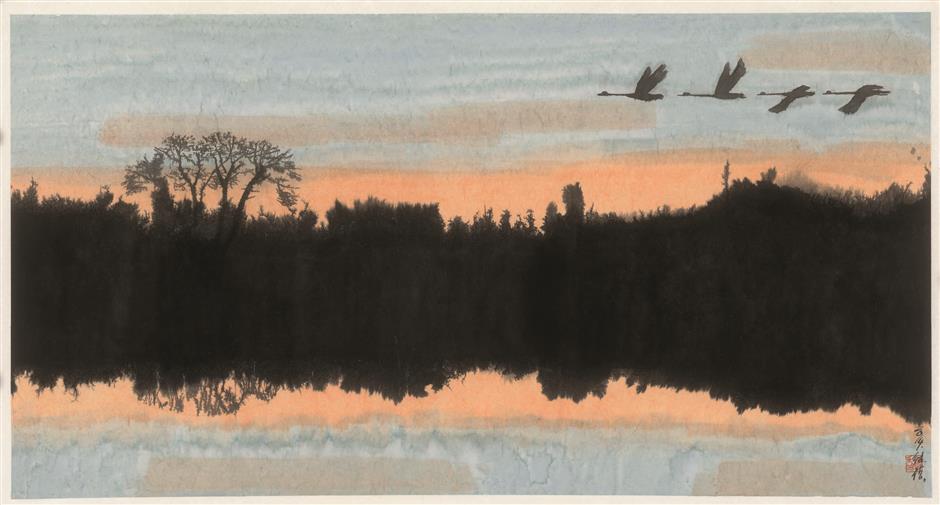 When Wu studied at the academy, he was heavily influenced by the style of the first generation of contemporary masters.

Zhang Yangxi and Zhang Huaijiang were two most well-known masters of contemporary China, creating hundreds of prints and other works during the War of Resistance Against Japanese Aggression (1931-1945). They established the department of woodblock-printed painting at the China Academy of Art in Hangzhou, ushering in a new age of instruction for this traditional art form.

Wu's earlier works are stylistically comparable to Zhang's, whose works elicited sympathy for victims and the oppressed and inspired people to resist. He was inspired by the ancient pictorial clay tablet-style, employing plain, strong lines to convey the environment and facial expressions.

Later, Wu has explored an elegant and simple style that integrated his personal feelings into nature, blending the genres of the East and the West.

"Wu combines the realistic spirit with the traditional culture. His exploration of ink and color painting broadens the original limitations of woodblock print and inspires us," said Fang Limin, vice headmaster of the China Academy of Art.

Wu shifted the emphasis to the beauty of nature and local life, depicting forests and watertowns using lines, dots and blocks and easing the transition between hues to avoid stark contrast. 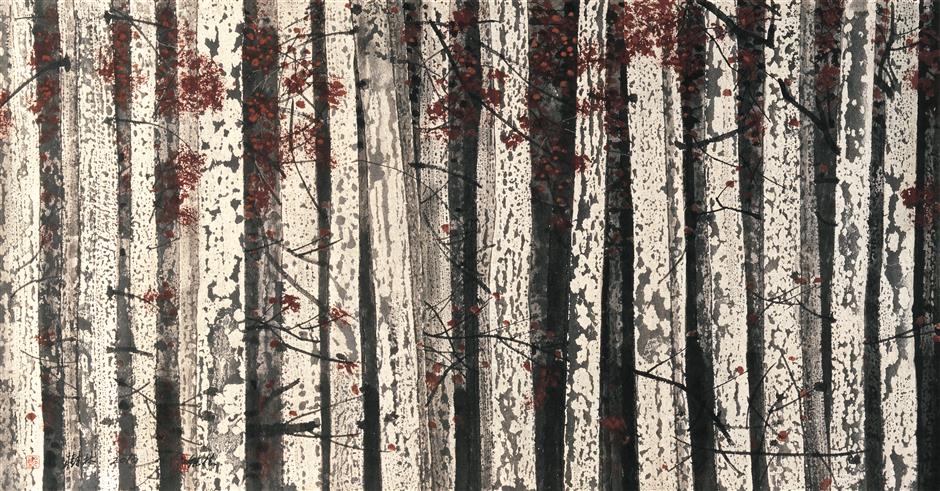 "His works reflect his genuine aesthetic reaction to the world. He delivers the best experience with a sympathetic poetic style," said Gao Shiming, president of the academy.

Wu is regarded as the embodiment of his generation because he upheld the spirit of developing woodcuts while insisting on learning from traditional art and Chinese culture, which results in a broader vision in art creation.

The dividing line in his life was 1982. Before that, he printed the styles of Zhang's. After that, he traveled and learned painting techniques from folk arts and traditional nianhua, colorful, woodcut-printed Chinese New Year paintings that were particularly popular among residents in the past. 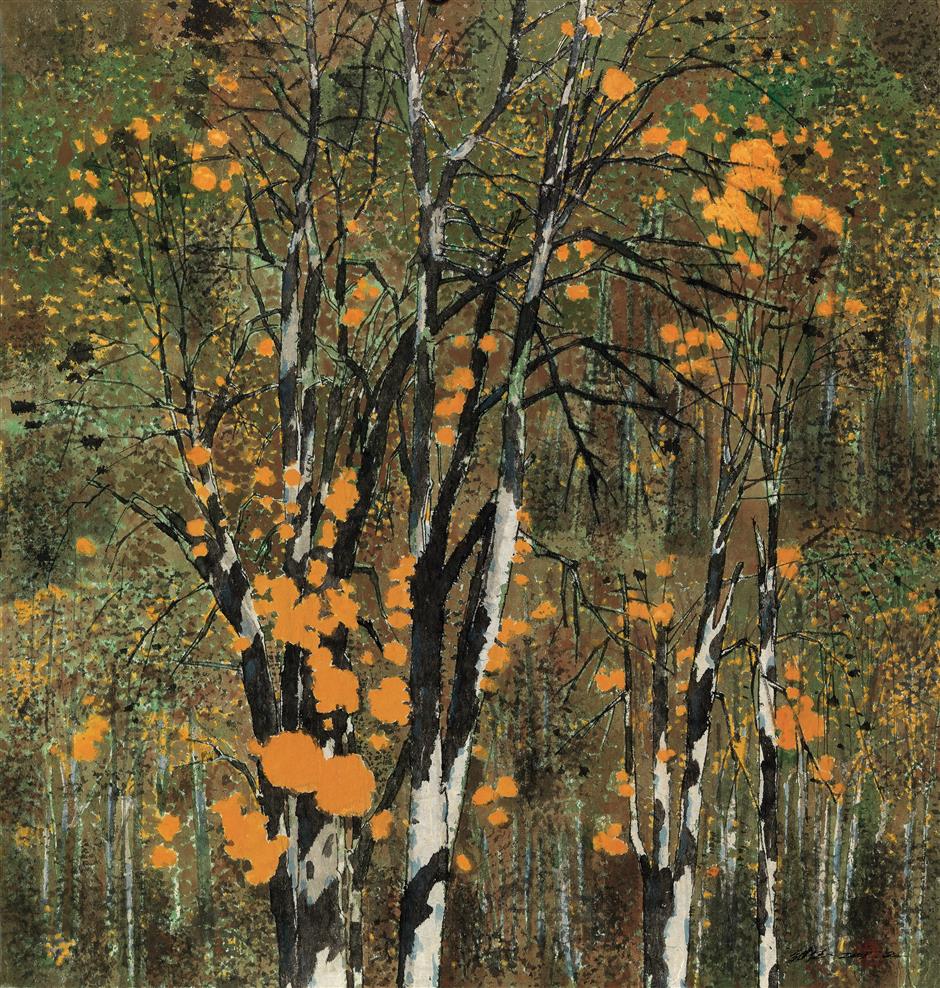 The exhibition includes a work in the rudimentary style of the Diamond Sutra, the world's first woodblock printed work, which was created in China in AD 868. It is thought to have been a watershed moment in human printing and communication history. Following that, monochromatic woodblock printing gradually translated those talent to copying and printing colorful paintings and books, which eventually blossomed into an important art genre in ancient China. 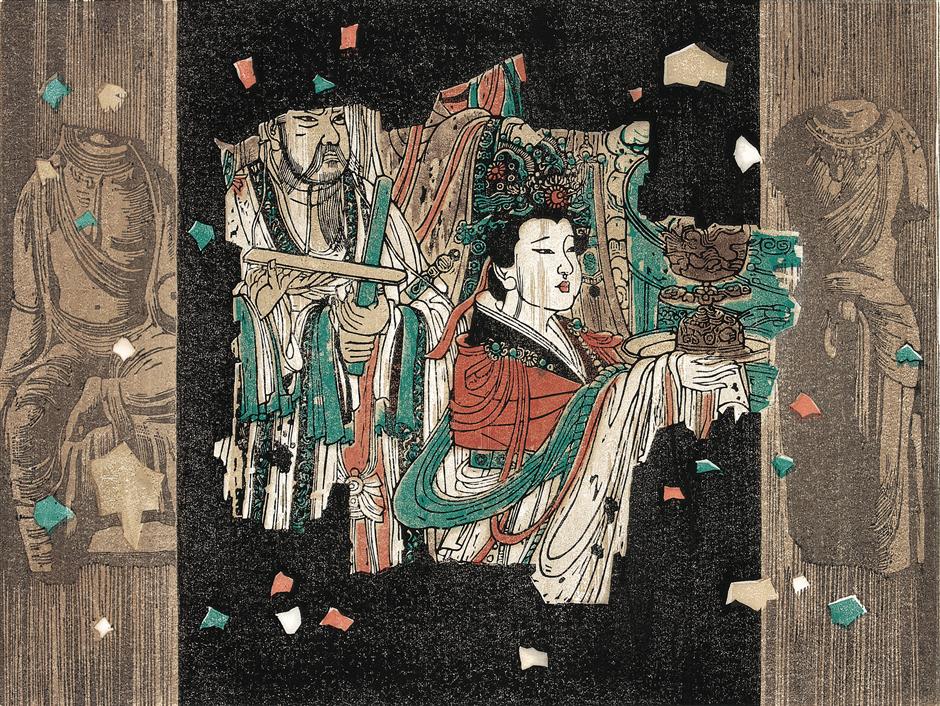 A multi-colored woodblock print is traditionally created using a dozen separate methods. The time-consuming technique frequently requires months of polishing. The painters devote five times as much time to a woodblock painting as they do to an ink-wash painting, and that's why they can only complete a few woodcuts per year.

Date: Through May 25, closed on Mondays