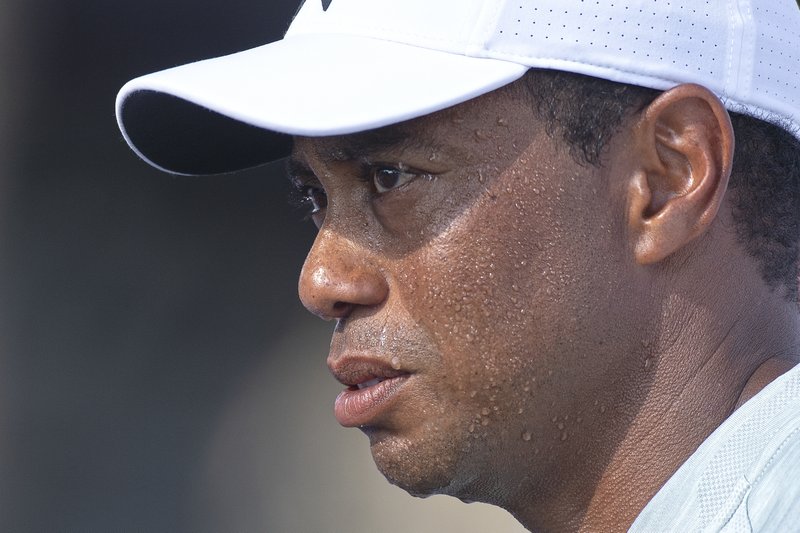 The two-minute ad, which debuted during the NFL opener, highlights superstar athletes LeBron James, Serena Williams and others, and touches on the controversy of NFL player protests during the national anthem.

Woods, a Nike athlete since turning pro in 1996 who rarely delves into divisive issues, said Friday he was a fan of the apparel giant featuring the former San Francisco 49ers quarterback known for his social protests.

“I think Nike is trying to get out ahead of it and trying to do something special and I think they’ve done that,” Woods said at the BMW Championship. “It’s a beautiful spot and pretty powerful people (are) in the spot.”

The ad aired during the first commercial break in the third quarter of the Eagles-Falcons game on Thursday night. Kaepernick watched the first television airing on NBC at an event held at Nike’s headquarters in Beaverton, Oregon.

Woods has been a big part of Nike Golf through his 14 major championships, no moment more indelible than when his chip shot on the 16th green at the Masters hung on edge of the cup for two seconds — with the swoosh facing the camera — before dropping. His “TW” logo has made him an embodiment of the brand.

He said Nike didn’t consult his opinion on the ad that featured Kaepernick.

“They did not tell me it was coming,” Woods said. “When corporate does things that are outside of golf and outside of my realm, that’s what they do.”

Nike’s swoosh logo was omnipresent on hats, polos and spikes for golfers at Aronimink Golf Club.

Tony Finau, the leading candidate to be the final Ryder Cup pick for the U.S. team, said the Nike campaign with Kaepernick “definitely stands out”

“As far as Kaepernick and all that’s concerned, we all have the freedom of speech and he’s using it in a way that’s non-violent which is something you just have to respect as an American,” he said. “They came out with a campaign that they feel is who they are. As an athlete of theirs, it’s not my job to agree or disagree with whatever they do.”

Kaepernick’s deal with Nike for the 30th anniversary of the “Just Do It” campaign was the most polarizing issue in sports this week, prompting heated debate on several topics including athletes protesting social injustice and Nike wading into political waters. Some fans responded to Kaepernick’s sponsorship deal by cutting or burning gear with Nike’s signature swoosh logo. Others argued the backlash to the campaign and calls for a Nike boycott showed how the debate has morphed well beyond how athletes try to highlight issues like racial inequality and police shootings of unarmed minorities.

President Donald Trump, a critic of protests during the anthem, tweeted Friday, “What was Nike thinking ?”

Serena Williams, who will play her in ninth U.S. Open final, said last week at the tournament that she was proud of Kaepernick. He was in Flushing Meadows to watch Williams play.

“I think every athlete, every human, and definitely every African-American should be completely grateful and honored (for Kaepernick),” she said.

Kaepernick began a wave of protests by NFL players two seasons ago, kneeling during the national anthem to protest police brutality and racial inequality.

“I mean, let’s put it this way, their name is in the paper and people are talking about it,” he said. “So Nike is doing what they want to do.”