Tiger Woods felt good in his first competitive round of 2019, from his tee shot right down the middle on No. 1 at Torrey Pines South to the 12-foot birdie putt on 18 that elicited roars from the crowd. 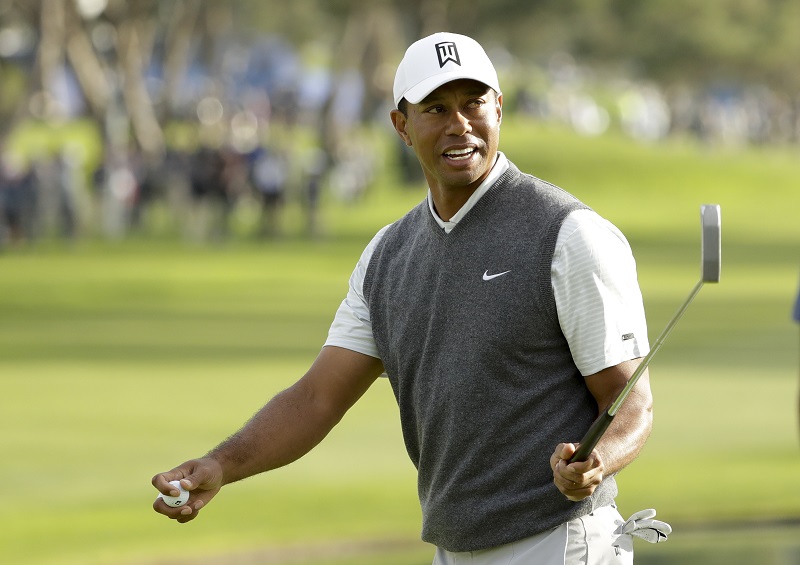 Tiger Woods reacts on the 18th hole of the South Course at Torrey Pines Golf Course during the first round of the Farmers Insurance golf tournament Thursday, Jan. 24, 2019, in San Diego. (Photos: AP)

"It was nice to have some juice flow in the system again," Woods said after shooting a 2-under 70 Thursday in the opening round of the Farmers Insurance Open. "It's been a while. I missed it."

Woods was pleased with his day overall on the tougher South Course of the public layout on the bluffs above the Pacific Ocean.

Woods' last start was four months ago, when he won the Tour Championship.

"I feel like I probably could have shot 68 or 67 pretty easily today," he said after a round that included five birdies and two bogeys. "I hit a lot of good putts that were right around the hole that just didn't quite fall in, but overall it was a pretty solid day. A couple under par on the South course is not something to sneeze at, but now I have to shoot a low one tomorrow. It seems like everybody over on the North Course shot low numbers and obviously it's playing a little bit easier than we've had the last couple of years over there." 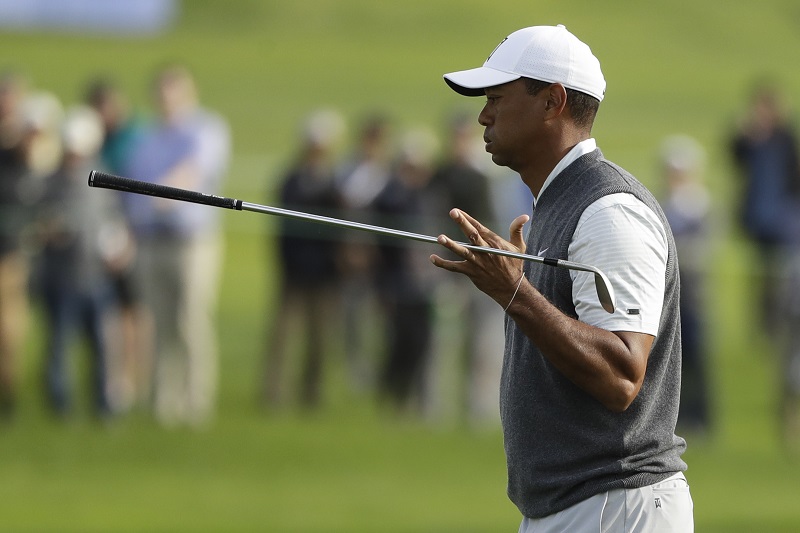 Tiger Woods reacts on the 15th hole of the South Course at Torrey Pines Golf Course during the first round of the Farmers Insurance golf tournament Thursday, Jan. 24, 2019, in San Diego.

Jon Rahm shot a 10-under 62 on the North Course for a one-shot lead over Justin Rose and Doug Ghim. The top five players all played the North.

Woods said the shot that got the juices flowing was his first of the day at one of his favorite courses. He has made Torrey Pines his personal playground over the years by winning a Junior World title as a teenager, this tour stop seven times and the U.S. Open in 2008 for his 14th major.

"Yeah, tee shot on 1 was nice because normally I haven't really played that hole all that well," said Woods, who was paired with Tony Finau and Xander Schauffele, who played at San Diego State. Woods' caddie, Joey LaCava, "was asking me going down the first fairway, 'What did you play this hole in the U.S. Open?' I said I played 6-over in the first four rounds. I made par in the playoff, which was great.

"You know, I didn't want to start off with a bogey on the first hole. I piped it down 1. That's a green-light 8-iron. I normally take a pretty aggressive line. I just dumped it in the center of the green and said, 'OK, let's just start with a par.' I happened to make a putt, which I almost did. It just hung on the lip."

Then he told himself: "That's great, but now let's go to work."

Cover image: Tiger Woods hits out of a bunker on the 16th hole of the South Course at Torrey Pines Golf Course during the first round of the Farmers Insurance golf tournament Thursday, Jan. 24, 2019, in San Diego.