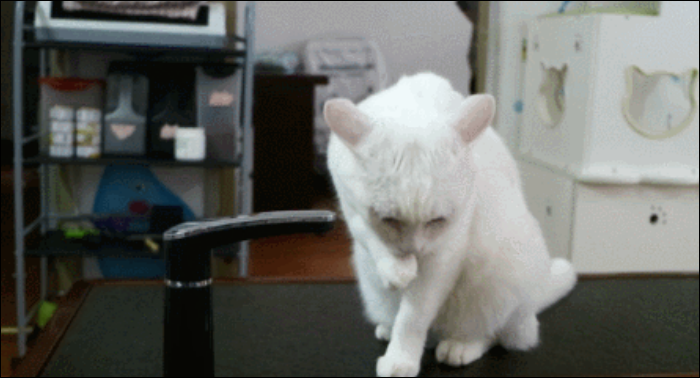 There are about 20 stray cats in the shelter waiting to be adopted. (Photo: CGTN)

When talking about animal protection, what is the first animal that comes to your mind? A rhino, panda or blue whale?

October 4 marks World Animal Day, which aims to raise awareness about the welfare of animals around the globe.

Endangered species are of course important, but the animals we see in our everyday lives also need attention.

CGTN visited a cat shelter in Beijing, and had a talk with its founder regarding stray cat protection.

'Adopting instead of buying'

The cat shelter is part of a non-profit organization named "Guardian Angel," which was founded by Sister Ling in 2008.

The organization's mission is to protect stray cats by finding them adoptive families, providing medical aid and educating people about cats.

When it comes to adoption, Sister Ling said that adopting a cat from a shelter could help halt the rising population of strays, which also eases the burden they might bring to a neighborhood through excess noise or waste.

One of Guardian Angel's main projects is controlling the number of stray cats through the TNR (trap, neuter, release) method.

For the adoptive family, a companion animal can help family members, especially children, develop a sense of responsibility – of course, on the premise that no one is allergic to fur.

For Guardian Angel, a qualified adopter should have a stable home and a stable income to keep a pet.

"We do not want to see any adoption decision made on impulse. The adopter should be aware that his/her decision will affect both him/herself and the cat," Sister Ling added.

A cat could be traumatized if it's sent back from the adoptive family.

He Qizhen, a translator who has been volunteering in the shelter since 2015, told CGTN that one of the cats, Niu Niu, was sent back once due to the adopter's unexpected allergy.

"Niu Niu used to reject contact with humans, and refused to eat," she said, adding that cats can feel sad.

"We paid special attention to Niu Niu by showing it lots of affection, and after six months, it returned to normal."

Niu Niu responded warmly when CGTN tried to interact with it during the visit.

"Cats are like kids," Sister Ling said, while combing Niu Niu's hair. "They need time to adapt to a new place and easily get nervous during that phase, so we hope the adopter can be caring and patient."

Apart from that, factors like living a regular lifestyle and having a clean and tidy apartment are also bonuses.

Sister Ling's kindness has inspired lots of people to get involved in animal protection.

Zhang Anqi, an 11-year-old student, told CGTN at the shelter that she has organized fundraising events with her classmates to buy food for stray cats.

"I adopted a cat from the shelter this April and joined the volunteer team," said Zhang, whose parents are also volunteering with her.

"If you decide to raise a cat, don't abandon it," the young volunteer told CGTN. "You don't have to love stray animals, but please don't hurt them."