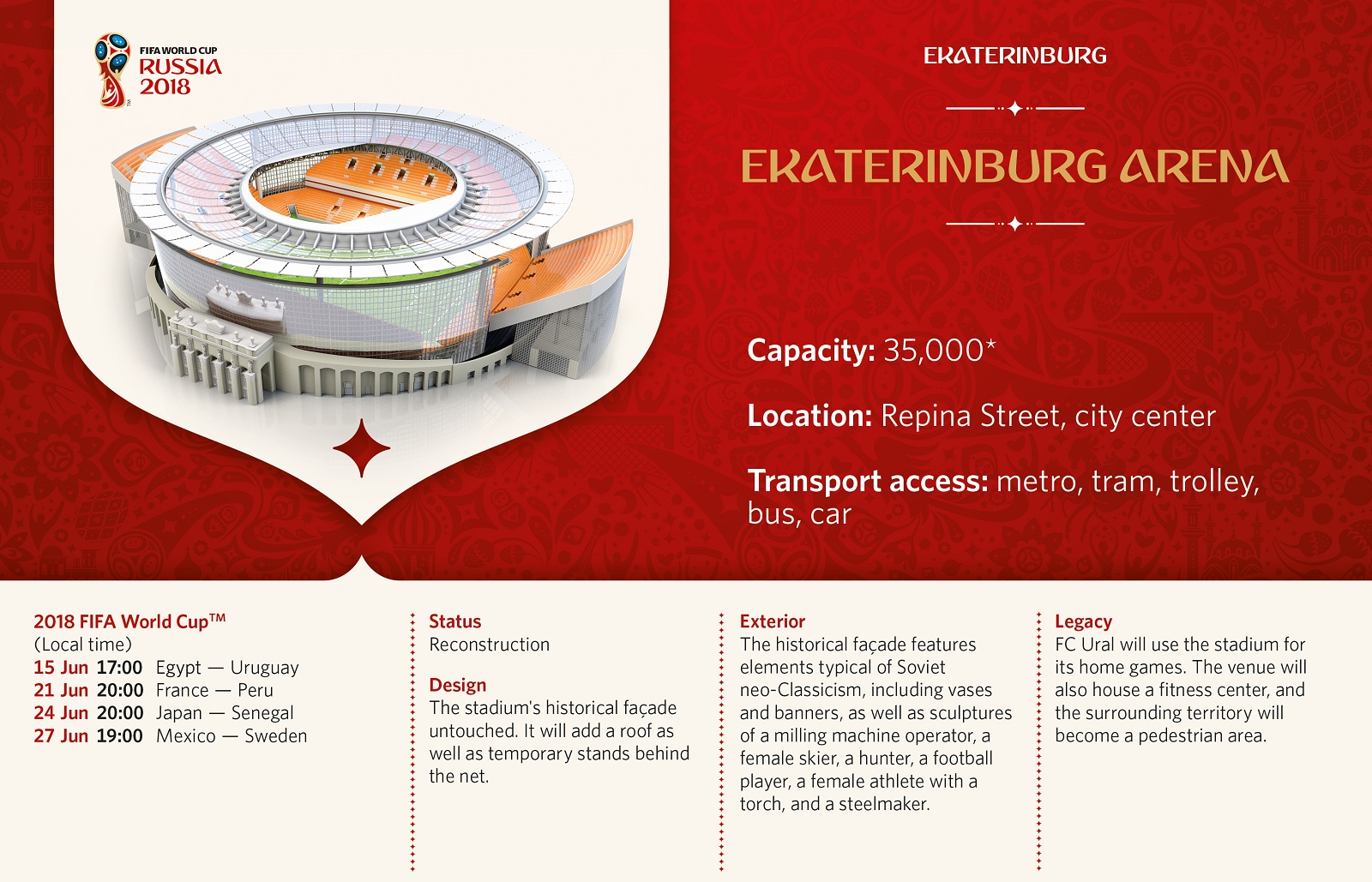 Ekaterinburg Arena is located in the Repina Street in the city of Ekaterinburg. It has a capacity of 35,000.

Formerly known as Tsentralny (Central) Stadium, it was built in 1957 when the city was known as Sverdlovsk. 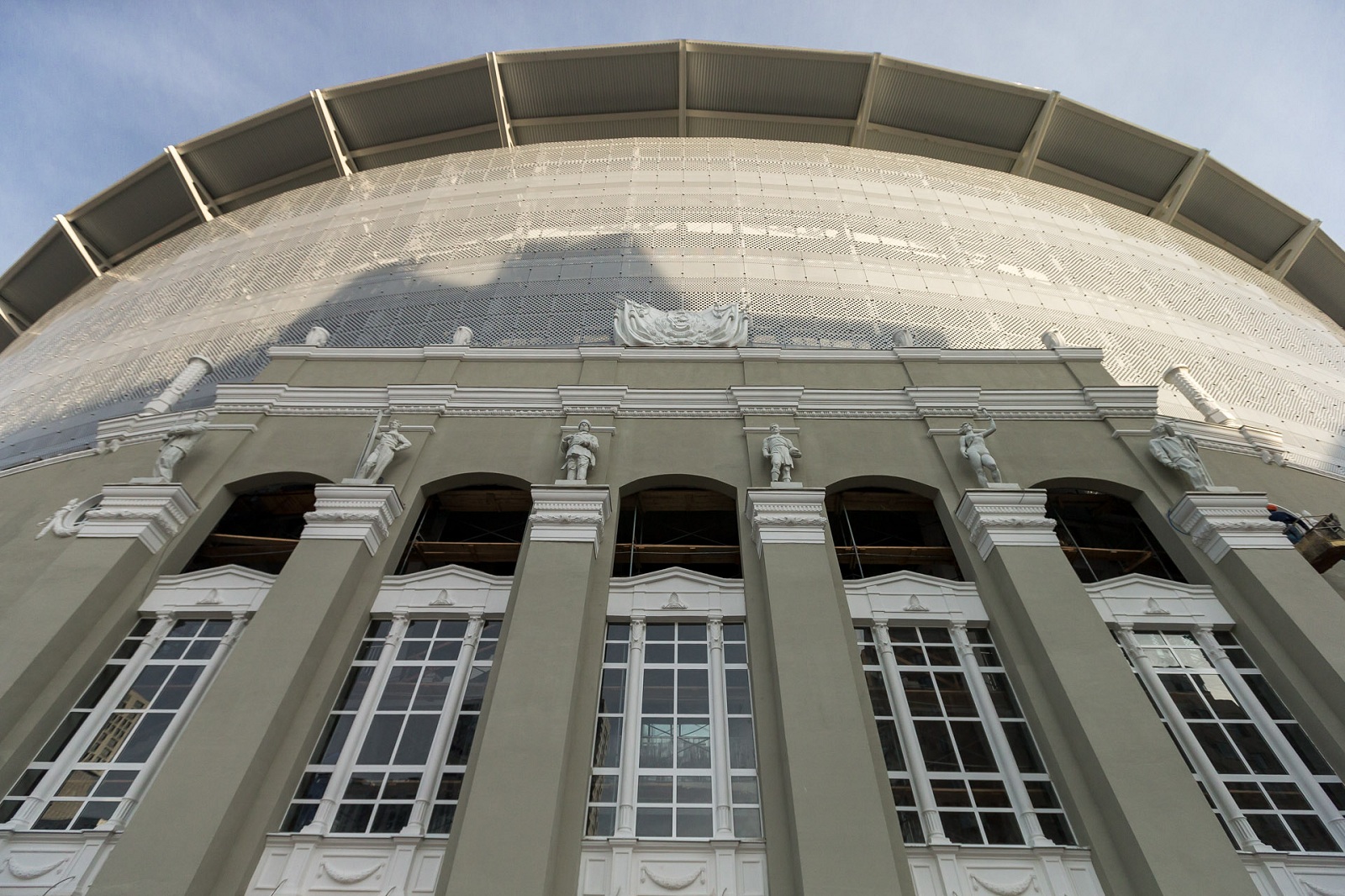 It underwent several upgrades since then, but its historical facade remained unchanged as an architectural heritage site. 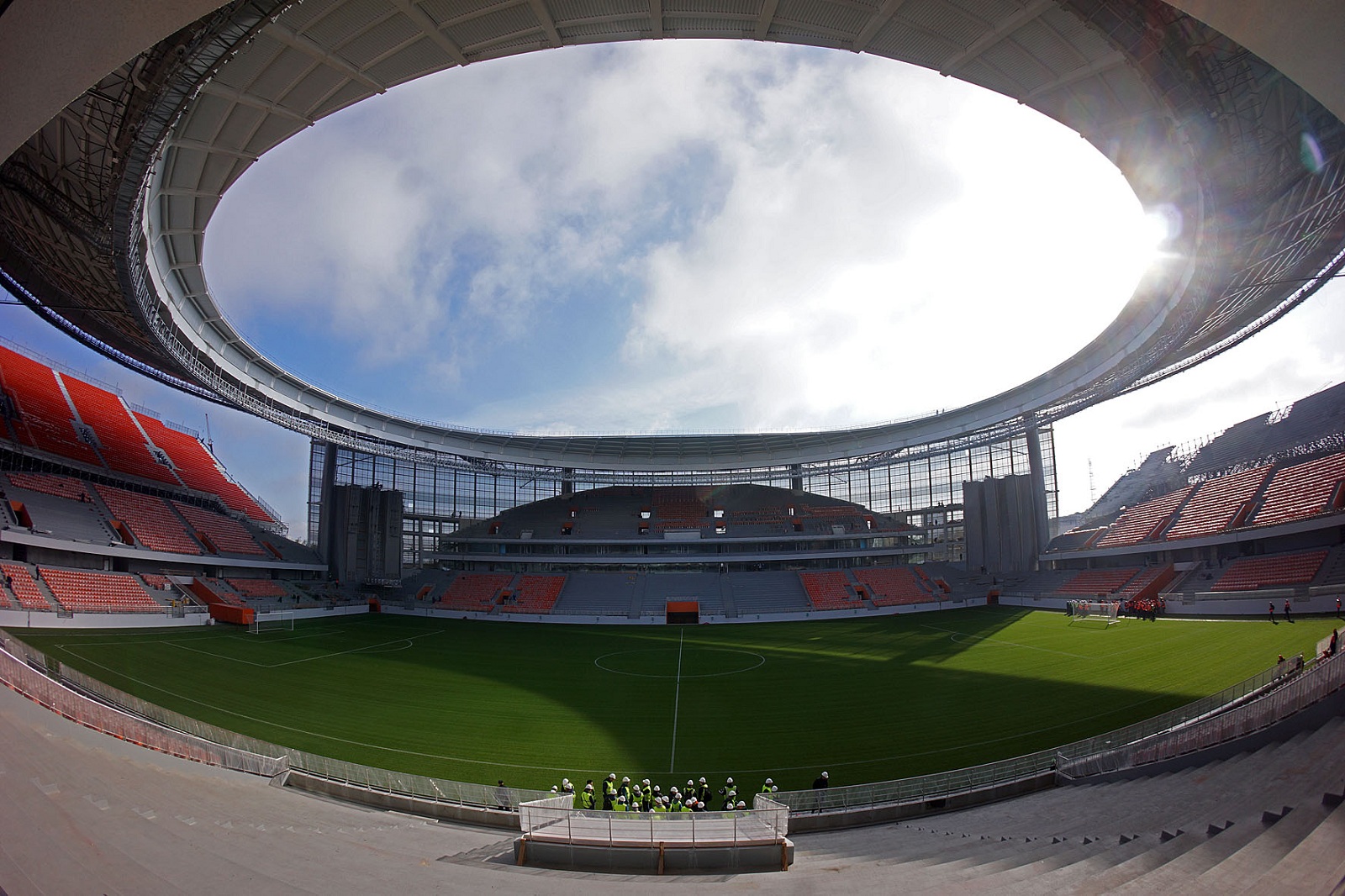 The western and eastern entrances to the stadium are framed by columns with sculptures of a milling machine operator, a female skier, a hunter, a football player, a female athlete with a torch, and a steelmaker. 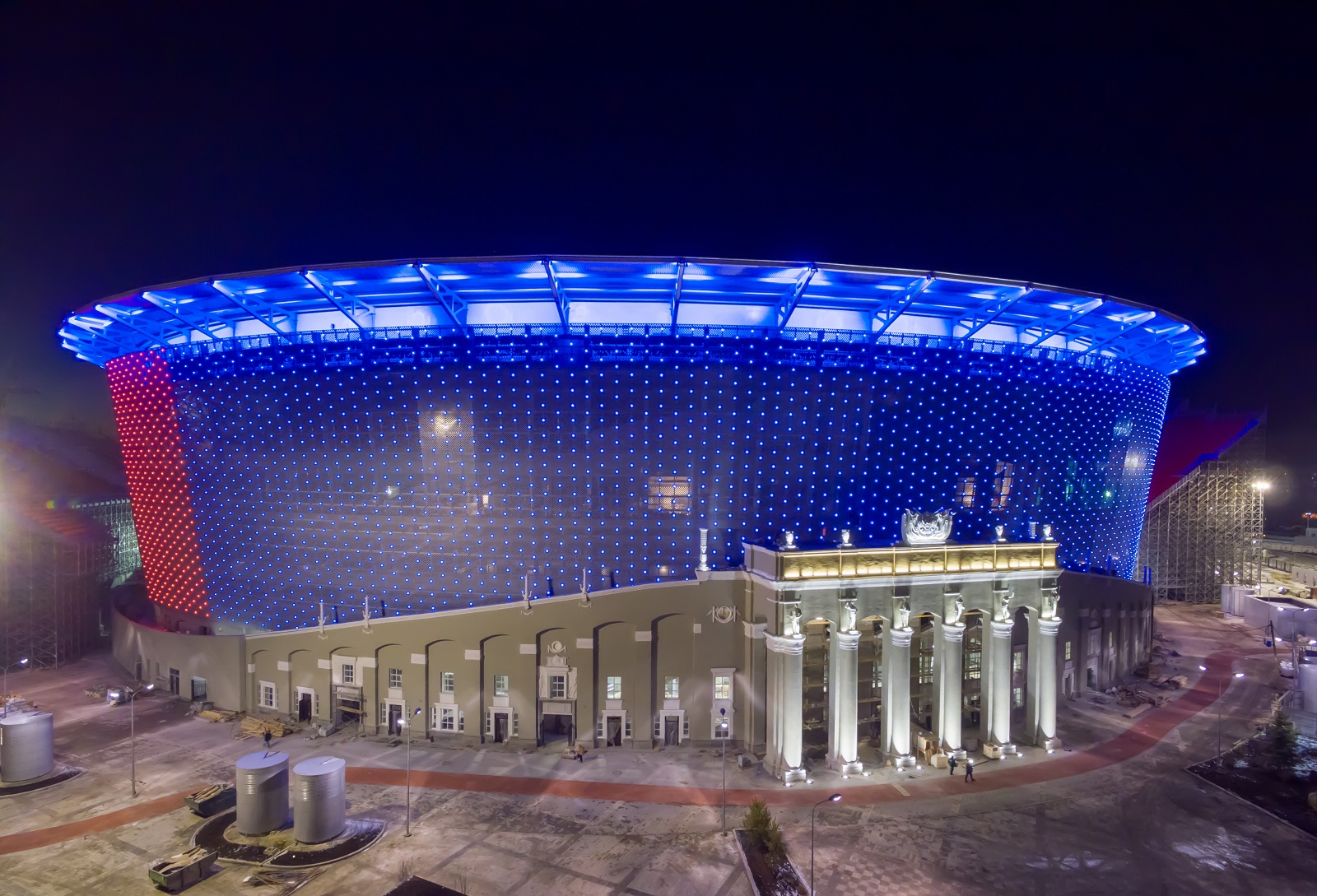 Ekaterinburg Arena has four stands: two grand stands, and two temporary stands that will be dismantled after the 2018 FIFA World Cup.

It is the home arena for FC Ural. 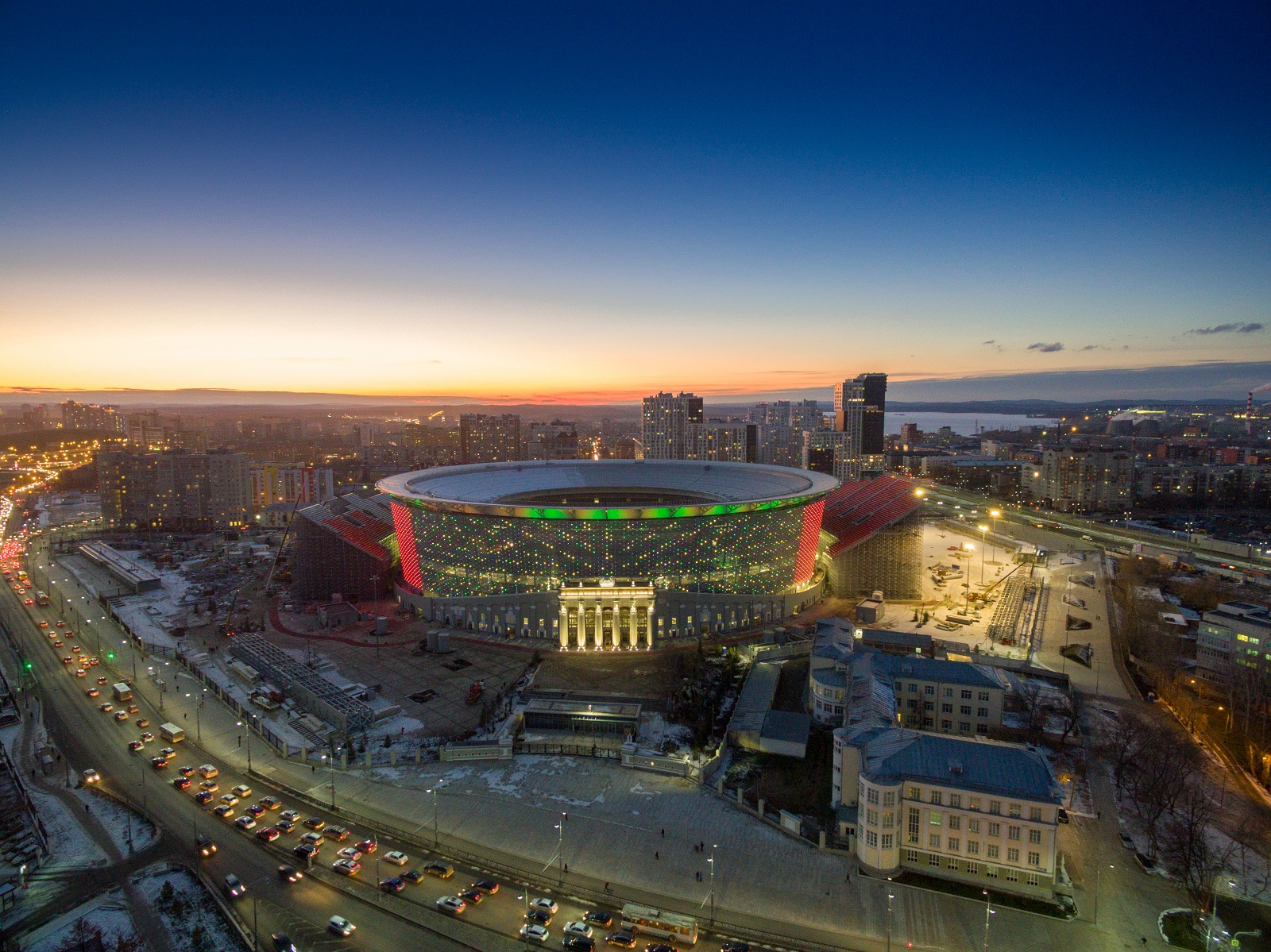