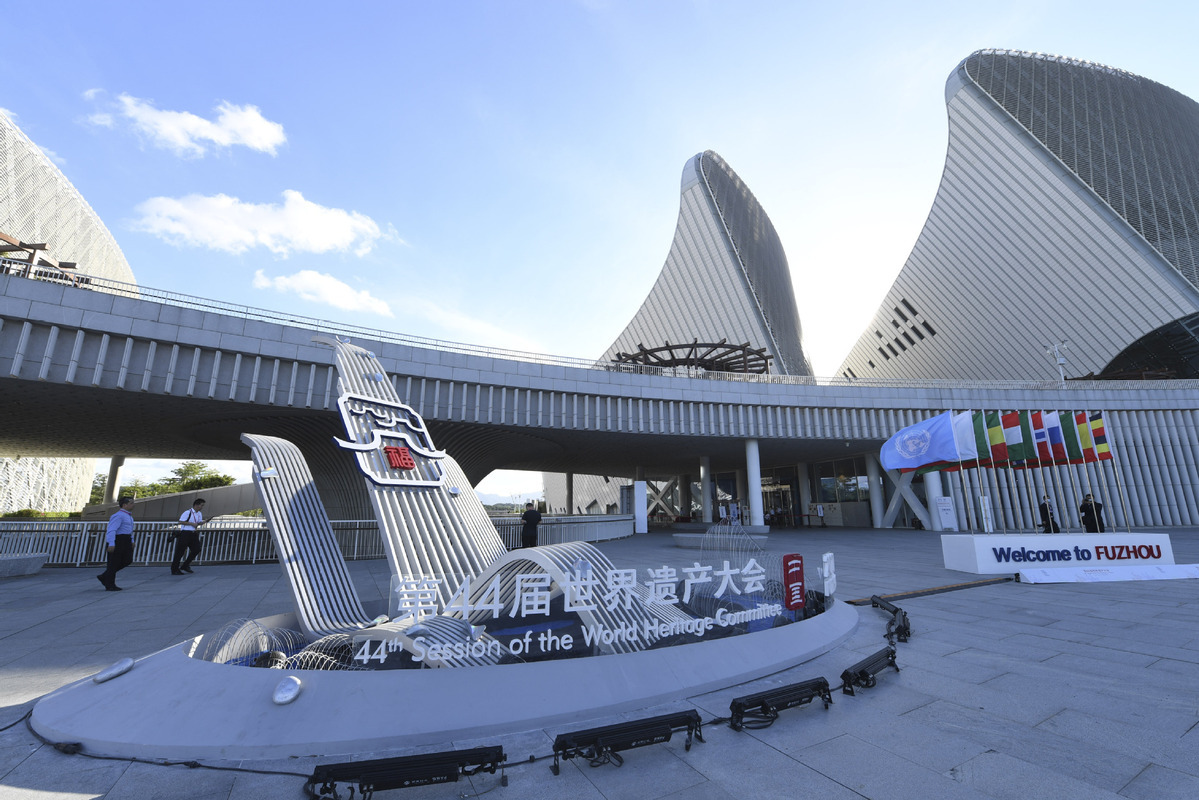 The 44th session of the World Heritage Committee of UNESCO kicks off Friday in Fuzhou, capital of east China's Fujian province. (Photo: Xinhua)

FUZHOU - The 44th session of the World Heritage Committee of UNESCO kicked off Friday in Fuzhou, capital of east China's Fujian province, to review world heritage items online for the first time.

The session, originally scheduled for 2020 but postponed due to COVID-19, is an extended one that will last until July 31 to go over the agendas of both 2020 and 2021.

The session will review candidates for entry to the UNESCO World Heritage list, including Quanzhou, a coastal city in Fujian Province and a global maritime trade center in ancient China.

The committee will also examine the state of conservation of sites already inscribed on the list. It will discuss whether to remove Liverpool from the list due to waterfront developments in the city, including a new multi-million dollar stadium for English Premier League club Everton.

Also on its agenda is Australia's Great Barrier Reef, which was recommended to be placed on the List of World Heritage in Danger. In June, the committee said the country did not do enough to protect the world's largest coral reef system from the impacts of climate change.

Chinese President Xi Jinping sent a congratulatory letter to the session, saying China is willing to work with all countries across the globe and UNESCO to strengthen exchanges and cooperation, promote dialogue and mutual learning, support the cause of world heritage protection, jointly safeguard the cultural and natural treasures of humanity, and promote the building of a community with a shared future for humanity.

"To well protect, inherit and make good use of these precious treasures is our shared responsibility, and is of vital importance to the continuity of human civilization and the sustainable development of the world," he said in the letter.

Fuzhou, the host city, has set up a live broadcast platform on the official website of the event, offering services such as delayed live stream and playback.

The session will also see a number of activities, including the World Heritage Site Managers' Forum, World Heritage Young Professionals Forum, and other side events hosted by China.

"I think there is no greater thing than the concerted effort of the world to preserve its history. It's always a good thing to hold a world gathering for exchanging views and drafting plans to improve protecting our patrimony," said Albanian Ambassador to China Selim Belortaja when attending the opening ceremony.