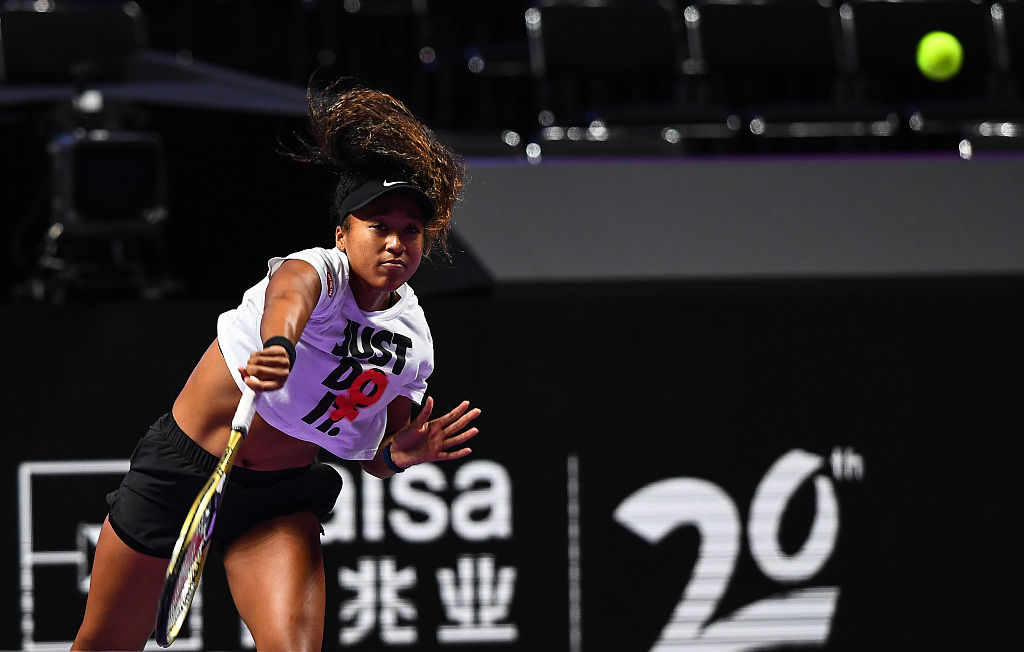 In-form world number three Naomi Osaka believes she is better equipped to deal with the WTA Finals' demanding round-robin format, after her maiden appearance at the season-ending showpiece ended in tears.

There was much attention on the Japanese sensation entering last year's WTA Finals on the back of a controversial US Open victory over Serena Williams.

But Osaka failed to live up to the hype in a winless campaign that ended in tears when she was forced to retire against Kiki Bertens due to a hamstring injury.

Having learned the lessons from that bitter experience, Osaka said she knew what to expect in the $14 million tournament pitting the eight best ranked players of 2019.

The lucrative WTA Finals has moved to the southern Chinese city of Shenzhen for the next 10 years after a five-year run in Singapore.

"I definitely think last year helped me in the way that I kind of know the format more," Osaka told reporters on Saturday.

"Before last year, I hadn't played round-robin since I was, like, eight or ten.

"I think the end of last year was just so hectic for me. Honestly, by the time I got to the (WTA Finals), I was just so tired," Osaka added.

She will be one of the favourites in Shenzhen having claimed successive titles in Osaka and Beijing.

It has been a return to form for the 22-year-old after a stunning first round exit at Wimbledon followed by a lacklustre US Open title defence ended with a round of 16 defeat to Belinda Bencic, who she will face in Shenzhen.

Osaka said renewed concentration was the catalyst for her late season revival.

"Those matches that I've played (in Beijing and Osaka), I just tried 100 percent," she said.

"I tried to be as focused as I could every point, which for me is something very difficult to do because my mind tends to wander a lot."

Osaka has been drawn in the Red Group featuring Bencic, world number one Ashleigh Barty and Petra Kvitova.

The Finals start on Sunday with Osaka up first against Kvitova, before Barty takes on Bencic.

World number two Karolina Pliskova has top billing in the Purple Group and starts her tournament with a mouth-watering clash against defending champion Elina Svitolina on Monday.

US Open champion Bianca Andreescu takes on Wimbledon winner Simona Halep later the same day in a battle of the past two Grand Slam champions.

The top two players in each group advance to the semi-finals next Saturday.

The event's move to China is highlighted by an eye-watering total prize pool of $14 million with the winner receiving up to $4.725 million -- the highest payday in tennis history.