Every day, Zou Yi takes a picture of Beijing TV Station, a landmark building located in the city center. He has been keeping a record of Beijing's air quality and sharing his photos on social media accounts since January 27, 2013. He has posted 2,391 photos, as of August 15, 2019. 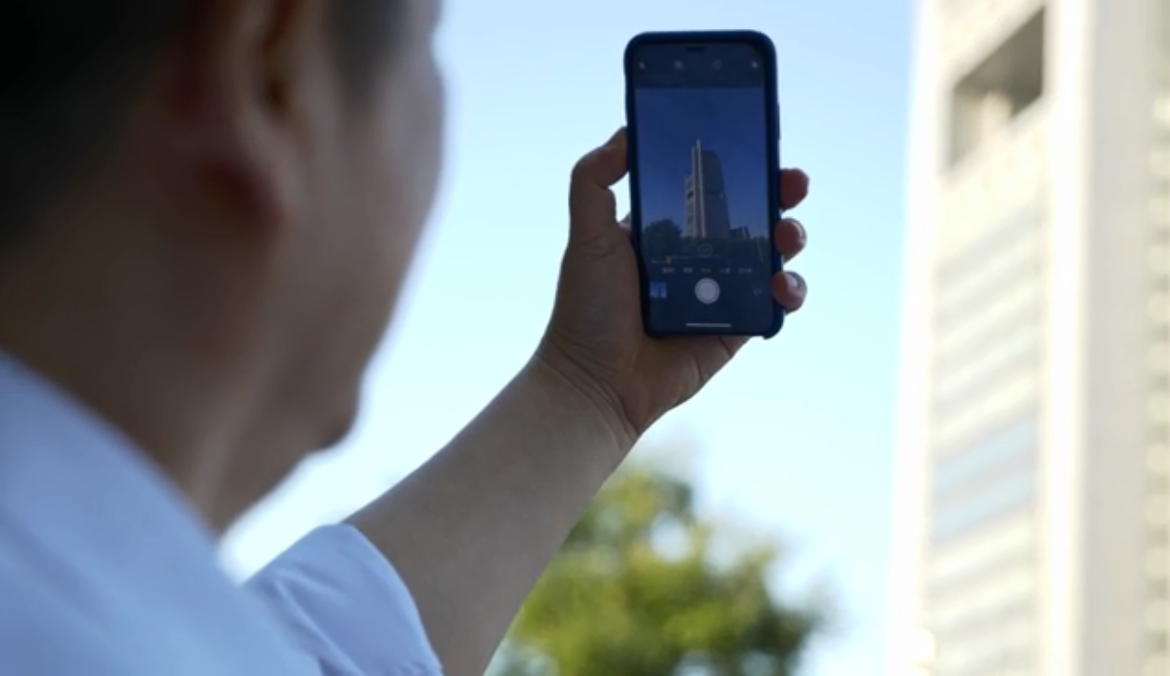 "They are not merely pictures. They are archives of Beijing's air quality. They show how the air quality has changed since 2013," Zou Yi, Founder of BeijingAirNow, told CGTN.

At the beginning of 2013, the Beijing-Tianjin-Hebei Region and its surrounding areas recorded severe air pollution five times in just a month. The Chinese capital where Zou lives was shrouded in heavy smog.

"People were demonizing the smog at that time. They called Beijing a 'smoggy' and 'toxic' city. Unfortunately, there wasn't any reliable explanation to the cause of smog. So, that's why I started taking pictures, allowing pictures to 'tell' the truth," Zou recalled. 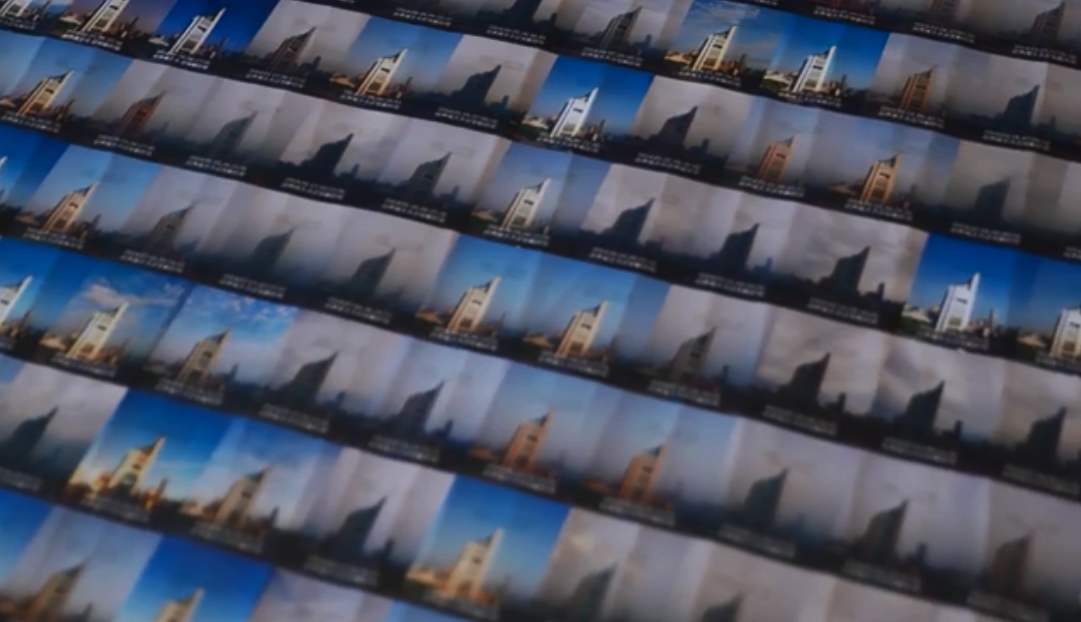 The photo collection titled "Leaping to the Eye" displayed by Zou Yi at his home. (Photo: CGTN)

The 10-meter-long reel that Zou displayed at his home consisted of 2,164 photos. In his eyes, it was the best demonstration of Beijing's air quality in the past five years. This is why he named his collection "Leaping to the Eye."

"A picture is better than a thousand words. This collection tells us the reasons behind air pollution and the efforts we've made to cope with it," Zou said.

By using image recognition technology, Zou and his team extracted PM 2.5 concentration data from the pictures. The data showed that from 2013 to 2018, the concentration of PM 2.5 in Beijing dropped significantly by over 30 percent. It was consistent with the data released by the Beijing Municipal Ecological Environment Bureau.

"This is pretty remarkable since Beijing maintained a medium-to-high speed economic growth during this period. The climate conditions have become unfavorable in decades," noted He Kebin, professor with the Department of Air Pollution Control at Tsinghua University.

"Industrialization leads to urbanization, which itself brings about motorization. This process creates what we called 'combined air pollution.' The leading source of combined air pollution is PM 2.5 followed by ozone. Since 2015, Beijing has largely contained the amount of ozone, and this is not an easy task," He continued.

In the past two decades, Beijing has created a high-intensity monitoring network to fight air pollution. It has also strengthened the collaboration with its surrounding areas and identified Beijing, Tianjin as well as 26 other affected cities on the air pollution transmission route. The city has also cut down coal-based pollution, reducing coal burning from 28 million tons in 1998 to some 2 million tons today. In addition, stricter measures to reduce automobile-related pollution have been introduced to the Chinese capital, which is home to over 21 million people.

"Beijing has done a lot to promote green vehicles. As far as I know, for example, the 2022 Winter Olympics would be a great opportunity to do so. Green vehicles represent the future of automobiles," he said.

"Compared to 2013, the changes in air quality are unprecedented. There are more and more days meeting official air quality standards, with PM 2.5 levels witnessing a significant decline," Zou echoed.

In March 2019, in its Review of 20 Year's Air Pollution Control in Beijing, the United Nations praised Beijing for its work in improving air quality, saying that it provides valuable lessons for other cities around the world.

"All the experiences and knowledge that China is employing to great effects internally, and bringing more and more knowledge, and giving it to the rest of the world to help speed climate air pollution mitigation," Nathan Borgford-Parnell, UNEP Climate and Clean Alliance, told CGTN.

Figures released by the World Health Organization in 2018 show that nine out of 10 people breathe air containing high levels of pollutants. Around seven million people die every year from exposure to fine particles in polluted air that penetrate deep into the lungs and cardiovascular system.

Ozone at ground level is one of the major constituents of photochemical smog. Excessive ozone in the air can have a deadly impact on human health. It can cause breathing problems, trigger asthma, reduce the function of lungs and cause lung diseases.

Facing a deteriorating environment, many countries have begun to search for solutions. Currently, more than 300 cities around the world have taken measures to promote application of new energy sources. The Chilean government, for example, purchased electric buses from China, aiming to achieve electrification of all buses by 2040.

"In many ways, electric buses will substantially improve the life quality of the Chilean people. They are eco-friendly, because they won't pollute the air when operating," noted Sebastián Piñera, president of Chile.

"2019 is an important year not only because the World Environment Day which was defined by China was about 'Air Pollution', but many countries are working on enhancing their national contribution to increase ambition for mitigating their climate," Borgford-Parnell said.