CULTURE World Photography Day: The history of photography at the Forbidden City

World Photography Day: The history of photography at the Forbidden City 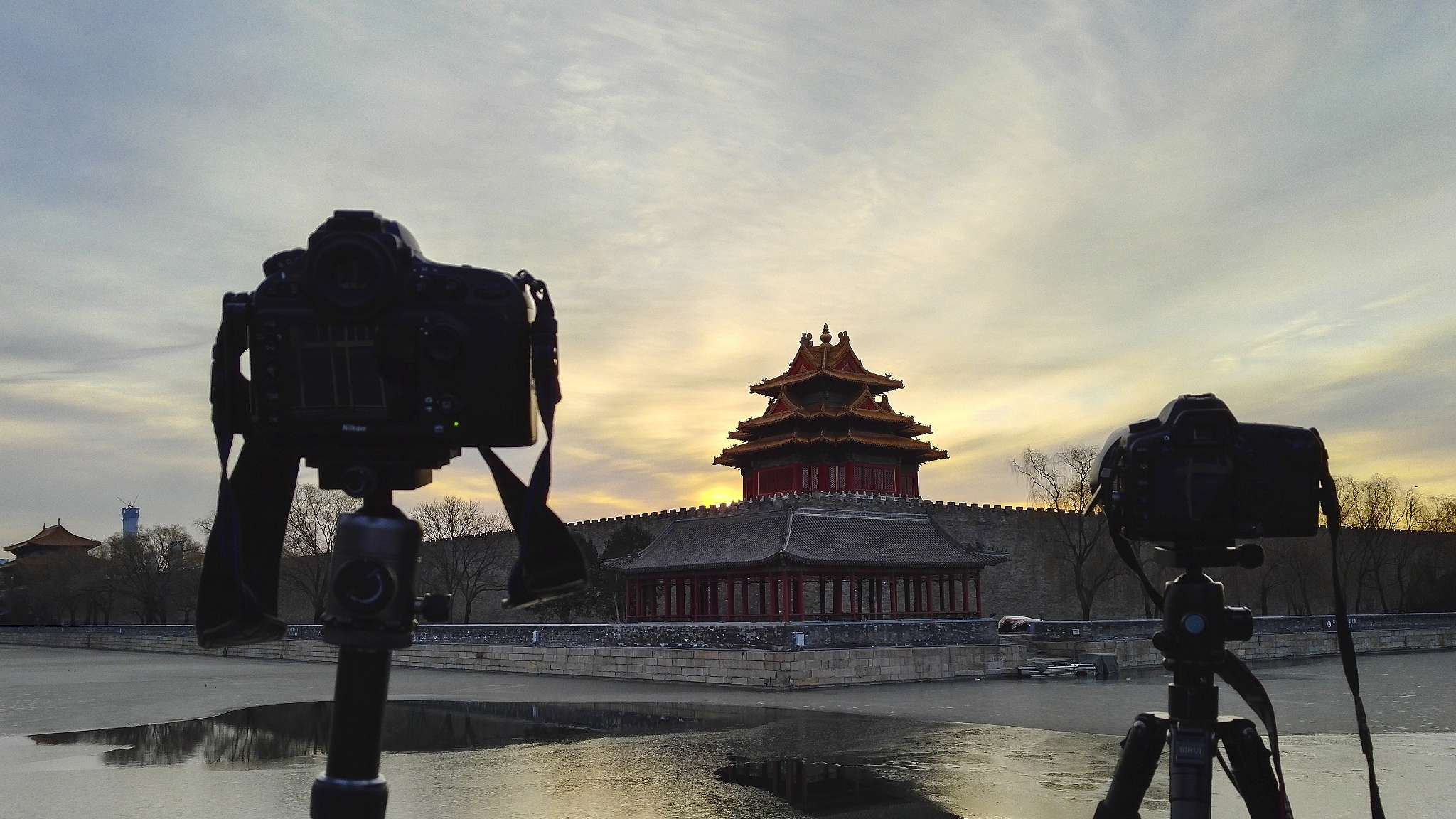 August 19, 2018 marks the 179th World Photography Day. Photography immediately became popular in Europe since it was first devised in 1839 by Mande Daguerre, a French artist.

It wasn't until the Second Opium War (1856 - 1860) that some foreign photographers and enthusiasts brought the art into China. But it was not easy.

All people living in the Forbidden City believed that cameras could abduct people's souls, moreover, it was offensive and disgraceful to expose the emperor to the camera. This idea wasn't shifted completely until the early 20th century.

Photography was first accepted by ministers

In the 19 century, there were many diplomats from Europe in Beijing, and photography was spread among few ministers in the Forbidden City, with the constant introduction of diplomats. But still photos were not allowed to be taken to the Forbidden City.

Though photography still wasn't popular in public in the Forbidden City, ministers had been fascinated by such "vivid and convincing portraitures" the diplomats took. They immediately followed the trend. Traditional portraiture was replaced by photography gradually and Chinese photography first appeared among ministers of the Qing Dynasty.

In the photo, a broadsword is hanging at his waist, just like a typical military officer of the Qing Dynasty, Yihuan is shining and elegant.

As the prime minister of Naval Affairs Administration in 1885, he supported the Westernization Movement. The movement took place from the 1860s to 1890s, with the goal of learning science and technology from Europe, thus Yihuan had more opportunities to communicate with European diplomats.

He was obsessed with photography soon, and he hired a professional photographer from Canton called Liang Shitai to take photos of him. In April 1885, when Yihuan was in Tianjin, he asked Liang to take a series of photos of him and posted them to Emperor Guangxu (1871 - 1908), the next emperor to Tongzhi.

This was the first time that photography was accepted by emperors officially.

Imperial Noble Consort Keshun, also known as Consort Zhen or popularly as the Pearl Concubine, a consort of the Guangxu Emperor, was the first member in the royal family that promoted photography in the Forbidden City.

In 1894, she secretly purchased a set of photographic equipment from outside the Forbidden City.

Consort Zhen immersed herself with photography in her bedroom at the Jingren palace. She not only took photos herself but taught Emperor Guangxu to shoot photos.

When being photographed, Consort Zhen dressed arbitrarily and posed in different ways, regardless of feudal etiquette. She later ran a photography workshop secretly in Donghua Gate near the Forbidden City, unfortunately, someone divulged it to Empress Dowager Cixi. Cixi punished Consort Zhen by locking her in a cold and small room.

In 1900, the Eight-Power Allied Forces invaded China, Consort Zhen was thrown into the well and drowned before she could flee away with Emperor Guangxu and Cixi to Xi'an, Shaannxi Province in China.

In 1902, Tsar Nicholas II and his empress dowager sent an 8-inch colorful family photo to Empress Dowager Cixi and Emperor Guangxu, which made Cixi change her mind about rejecting photography.

When she saw that photography was faster and more convenient than portrait painting and that the photo was almost real, the idea that photography was offensive and disgraceful began to change. She became so interested and curious about photography that she wanted to explore the secret of photography as soon as possible. The next year, Cixi ordered Xunling, a photographer who had previously studied abroad to come to the Forbidden City to be her own personal photographer. She often ordered Xunling to take successive pictures of her with different poses in the Forbidden City.

Nowadays, there are still many negatives and photos in the Palace Museum, among which there are more than 700 photos with more than 30 kinds of decorations and different expressions taken by Cixi alone in her later years.

Most of the photos were taken before she celebrated her 70th birthday as she wanted to send her photos to those who celebrated with her as presents.

From those photos, we can see the life of Empress Dowager Cixi in her later years. With a unique documentary effect, they not only leave the true image of Cixi but also objectively play the role of introducing, spreading and popularizing photography in China.

The last Chinese Emperor and his photography

Puyi, born in 1906 in the Forbidden City and died in 1967, was the last emperor in China. He succeeded the throne at the age of three, following the order of Empress Dowager Cixi one day before she died.

Puyi and his empress Wan Rong led a leisurely life during his time at the Forbidden City as he was too young to rule his empire. His father made important political decisions instead of him. During his adolescent time, he began to be infatuated with western things. He not only loved wearing suits, western decorations and tableware, playing piano, tennis and cars, but also taking photos. Puyi often took small photos and looked for interesting pieces with a German brand lens in the Forbidden City. He and his empress, Wan Rong took hundreds of photos in the Forbidden City. In his photos, Puyi wears the Qing style dresses, casual clothes, suits, and ties, rides on horseback, waters flowers and stands on the roof with his fierce German pug-dog "Tiger". Compared with Puyi, Wan Rong through the lens is more brighter. In the photos, we can see her dress and makeup, as well as the impromptu styles of daily life, such as western glasses, climbing trees, and riding bicycles.With the influx of photography within the Forbidden City, many people and things were recorded in images. They contain real, realistic and concrete life from the Qing Dynasty, enabling future generations to witness the historical scenes across time and space and to appreciate and reflect on them.