Already the biggest film market in the world in COVID-19 pandemic-ravaged 2020, China has started to suffer from lukewarm development for quite a while due to a lack of new content, especially imported blockbusters. 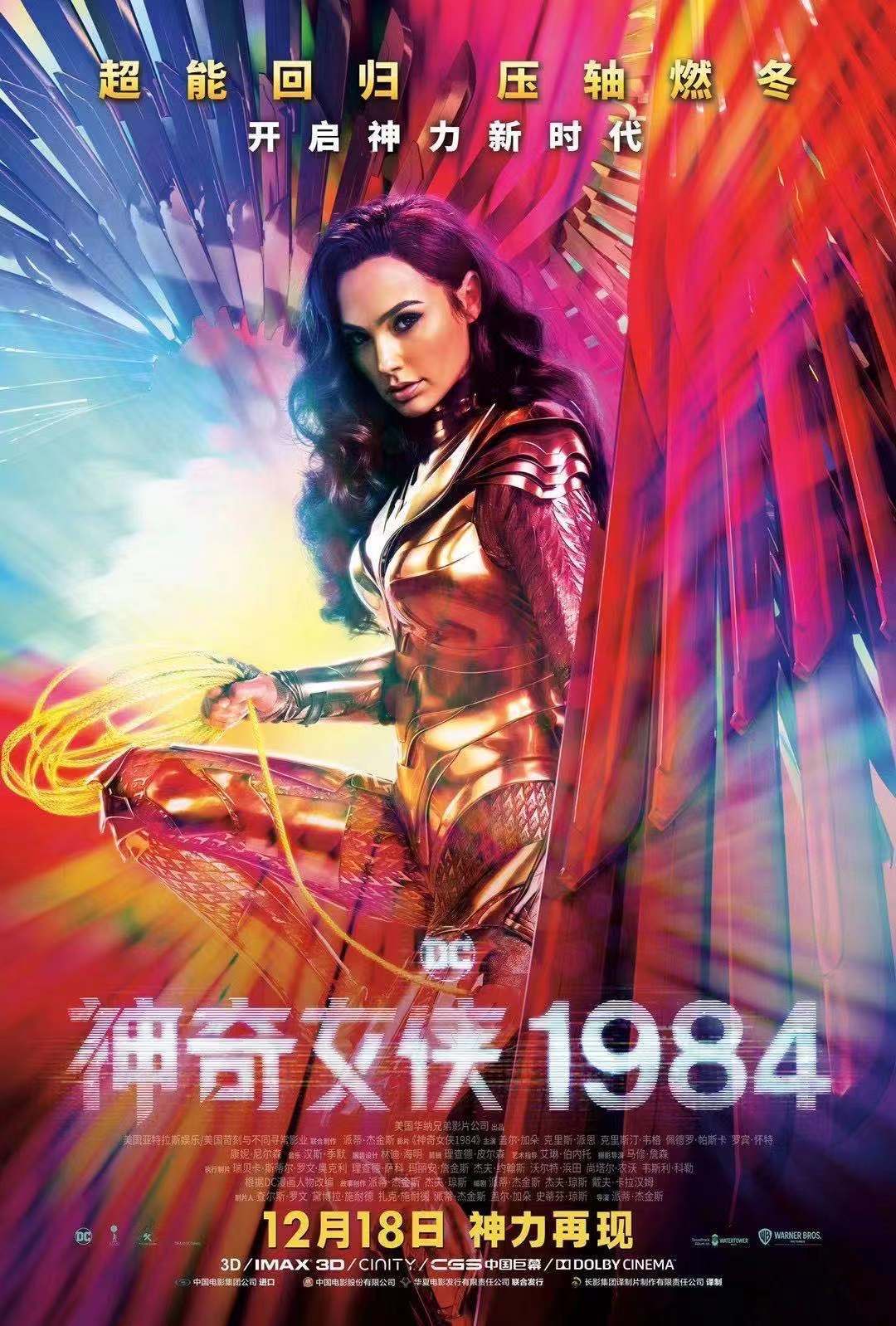 In the peak year of 2017, the box office revenue of foreign films in China accounted for 47% of total national annual gross. Though in recent years, China's own blockbusters started to take a greater share at the box office total, foreign tentpole productions can still make a sizable contribution.

The release of foreign films -- mostly Hollywood blockbusters - would normally enjoy a decent run in November and early December. This time window falls between October, China's National Day holiday month and the unveiling of many local productions for the New Year Greeting film season. Past results have been good, such as "Frozen II" and "Aquaman."

But not this year. Hollywood blockbusters are absent due to the spread of COVID-19 causing foreign film companies, especially American, repeatedly delaying their new works until next year. The best performing Hollywood film in China this year is "Tenet" by Christopher Nolan, but this only just grossed 456 million yuan in China.

One problem is limited promotion and marketing budget, as these imported films this year have made quick and simple announcements of release dates just a very short time before their debut, and have canceled many normal promotional events, even glittering premiere ceremonies, due to the creative team being unable to come to China in person amid pandemic.

Thus, the films didn't create good enough and lasting buzz. After debut, they soon fell silent. They have failed to achieve longevity, and they cannot be game changers or create enough market supplements, and therefore they can't deliver confidence to the industry as a whole.

In 2017, China imported 144 foreign films. For six months of the year, their total gross was more than the total of domestic films in each of these months. Thus, the imported blockbusters have shouldered an important role, as the industry has clearly felt, namely, to adjust and boost the market when Chinese blockbusters are absent. But this year, it seems that China has to fight alone.

Pedestrians wearing protective masks pass in front of an AMC movie theater illuminated at night in the Times Square neighborhood of New York, Oct. 15, 2020. AMC Entertainment Holdings Inc. is considering a range of options that include a potential bankruptcy to ease its debt load as the pandemic keeps moviegoers from attending and studios from supplying films. (Photo: VCG)

China also needs to worry about next year how to deal with the lack of foreign blockbusters. As the pandemic is still raging in the United States and most places in the world, the giant studios still hesitate to present their tentpole productions in what are deemed to be unrecovered markets. This will require Chinese filmmakers and studios to adjust their arrangements for film releases reasonably in every month.

As Chinese war film "The Sacrifice" started to lose momentum after it grossed more than 1 billion yuan, the Chinese film market has entered a cold winter, which cannot fail to hurt production companies and distributors, but also theaters which have to run almost empty screenings.

Data on Lighthouse, an Alibaba-developed box-office tracker and big data platform, shows that the country grossed 984 million yuan in November up to Thursday, while the haul for same month in 2019 was 3.6 billion yuan. The normal weekday daily total of films screened has fallen below 30 million yuan.

The rumored re-releases of "Avatar", "The Lord of Rings" franchise and "Titanic" seem to have failed to appear, even though previously the 3D, 4K restoration of "Harry Potter and the Sorcerer's Stone" and several re-releases of Christopher Nolan films scored satisfying box office achievements to warm up the freezing cold market at the beginning of Chinese cinema reopening period.

Now, Chinese film industry has to look forward to releases later this month to see if the market can warm up again, such as the crime film "Caught in Time", opening Friday, and director Zhang Yimou's long-awaited film "One Second" and the Hollywood animated feature "The Croods: A New Age" that will open on Nov. 27.

And here's a good news coming: "Wonder Woman 1984," the last Hollywood superhero blockbuster which insisted on release within this year, will simultaneously play in North American theaters and on the HBO Max streaming platform on Dec. 25. In China, its current most important market, the film will debut on Dec. 18, sources told China.org.cn.