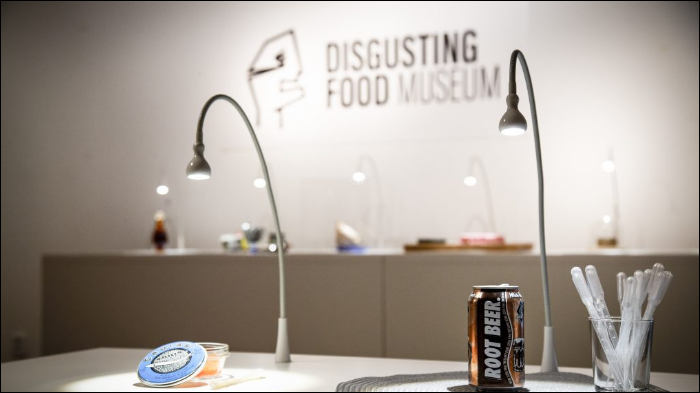 The world's first museum exhibit dedicated to foods that may turn people's stomach is set to open in the Swedish city of Malmo at the end of October.

The Disgusting Food Museum (DFM), which features 80 of the world's "most disgusting foods", will showcase some of the world's most notoriously stomach churning foods including the maggot-infected cheese from Italy, Three Penis Wine from China and the stinky fruit durian from Thailand.

Upon visiting the exhibit, museum goers will receive a special entry ticket – a vomit bag. Visitors are encouraged to taste free samples of fermented shark meat and even participate in group competitions to try out dishes of "escalating disgust."

Aside from the apparent yuck factor, the museum's mission is to get some serious points across, aiming to question people's basic assumptions about food and prompt meat lovers to think about other environmentally sustainable delicacies like insects.

"I want people to question what they find disgusting and realize that disgust is always in the eye of the beholder,” said Samuel West, curator of the exhibition who also presents himself as the "chief disgustologist."

When collecting the exhibits, West and his team were conscious in choosing foods reflecting cultural diversity, gathering dishes from their home country Sweden, other European countries, Asia, Africa, the American continent and Oceania countries.

Some exotic food choices include roasted guinea pigs from Peru, sheep eyeball juice from Mongolia, Jell-O salad from the United States and fermented herring from Sweden.

"If disgust is cultural and contextual, then it is also changeable," West told Lonely Planet.

The exhibition is set to unveil on October 29 and visitors can explore the global food culture until January 27 next year.