The face was cleaned and the cracks were mended after being exposed to the elements for more than a millennium. 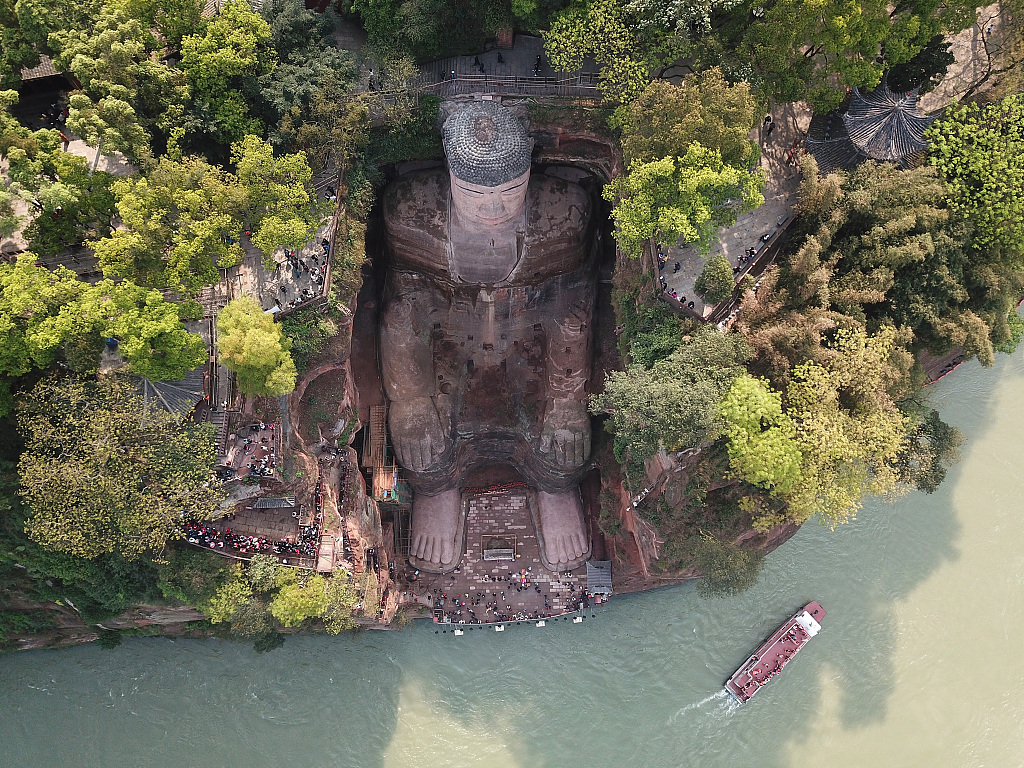 "Emergency and preliminary conservation was given to the chest, abdomen and face of the 1,300-year-old gigantic figure, which was hand-carved out of a mountain face from the eighth century in south-western China's Sichuan Province," The Daily Mail, a British daily newspaper, wrote in a recent report. 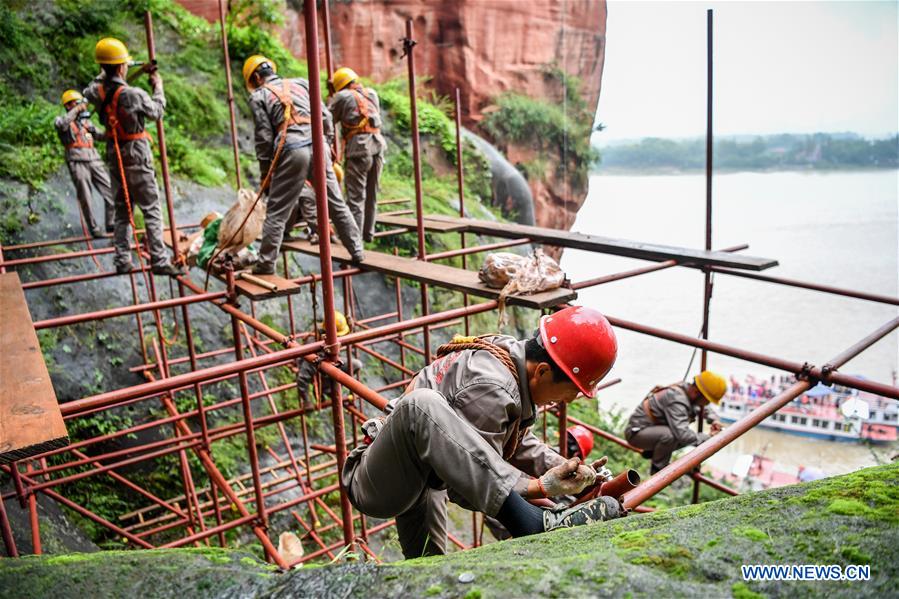 Workers install scaffolds for the examination work of the Buddha on October 19, 2018. (Photo: Xinhua)

Quoting an expert from the Leshan Giant Buddha and Grottoes Institution, the newspaper said the repair was not “systematic restoration”, but a “scientific and research project”.

The Leshan Giant Buddha was listed as a UNESCO World Heritage Site together with Mount Emei in 1996.

Built over a 90-year period starting in the year 713 during the Tang Dynasty (618-907) at the meeting point of three rivers in Leshan, Sichuan Province, the statue is the largest stone Buddha in the world, according to UNESCO. 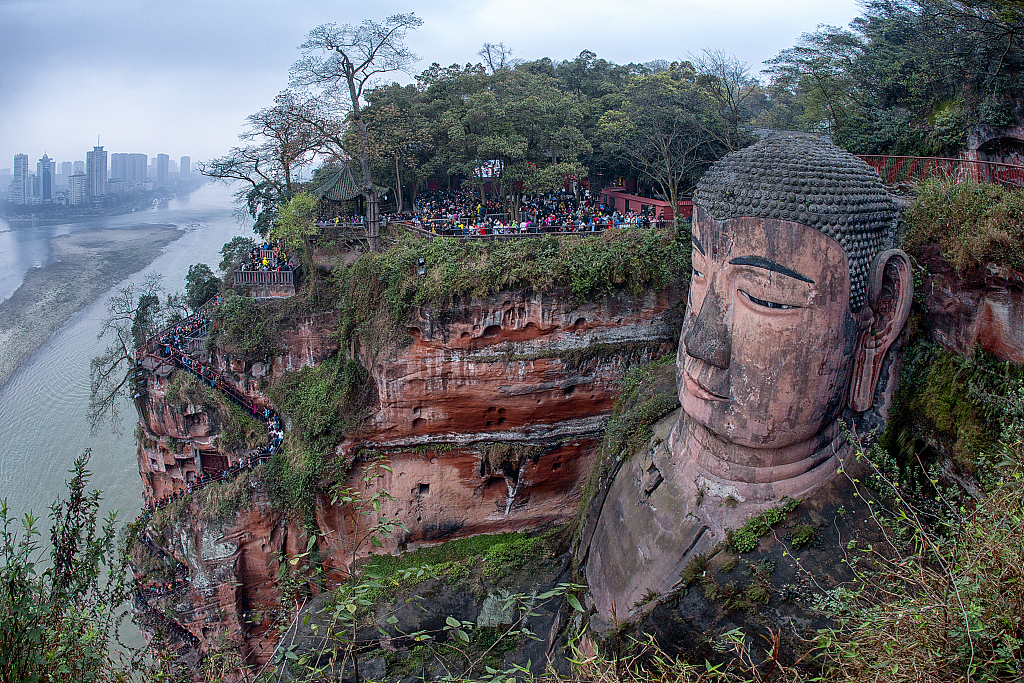 Caused by weathering, acid rain and biological invasion such as lichen and moss, its face got “dirty” and cracks and damage occurred to its chest and abdomen.

In October, the site was closed and a large-scale examination and repair work was launched.

On April 1, the statue reopened to the public after workers removed the scaffolding and finished the repair work.