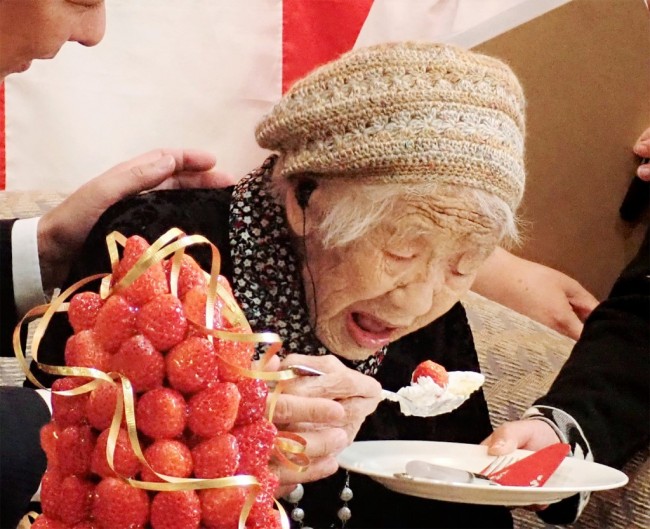 Kane Tanaka, the world's oldest person in Japan, has extended her record in the wake of her 117th birthday celebration which was held at a nursing home in Fukuoka, Japan on Sunday, Reuters reported.

Televised footage from a local broadcaster has shown that a party was held for the birthday celebration of the 117-year-old with the participation of the staff and friends at her residence of the nursing home.

Tanaka was officially confirmed as the oldest person living at 116 years 66 days as of March 9, last year by the Guinness World Records.

The Guinness World Records said she was born prematurely in 1903, the same year the Wright brothers became the first to achieve powered flight.