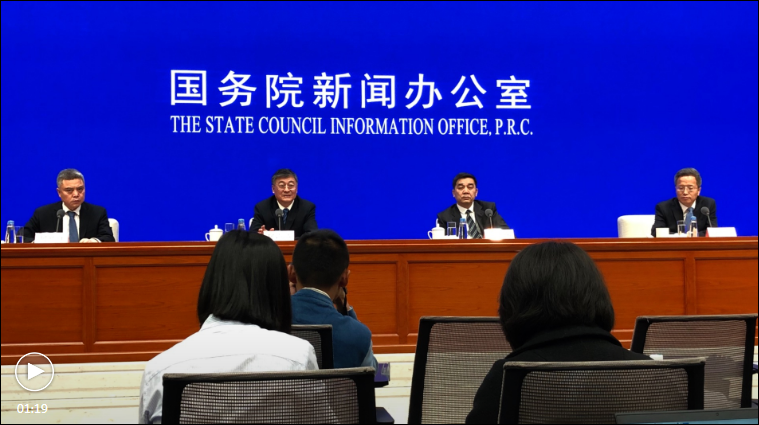 China is a water scarce country in terms of per capita water availability, supplying more than a fifth of the world's population with only six percent of water resources in the world.

China has long been striving to cut down its water usage and has maintained a rather stable annual water consumption at 610 billion cubic meters since 2016. Consumption of water for every 10,000 yuan (about 1,489 US dollars) of GDP in 2017 went down 30 percent comparing to five years earlier.

But, because of overexploitation of groundwater, inefficient irrigation, and high levels of industrial waste, the danger of water shortage still looms over the country, especially in the north.

China has been putting out measures to reign in water consumption. “In industries, we are pushing for business to upgrade to more water efficient equipment,” said Wei Shanzhong, vice minister of Water Resources, at a press conference on March 22. “While in term of agriculture, farmers in water-scarce regions should switch to crops that require less irrigation,” Wei added.

China is also in the middle of a decades-long project called the South to North Water Diversion, aiming to bring water from the more water-abundant south to the water-scarce north. The project has been making process with the completion of the first stage of two routes in 2013 and 2014. The projects have till now supplied Northern China with 23 billion cubic meters of water from the south.

“Some rivers in Southern China flood annually,” said Wei, “Why not bring that water to the north?”

The Chinese government now vows that the country's water usage in 2020 will not breach 670 billion cubic meters, and that groundwater in Beijing and its surrounding region will reach an intake-outtake equilibrium by 2035.