CULTURE Worldwide movie classics to be screened in Beijing

Worldwide movie classics to be screened in Beijing

Approximately 1,000 screenings of nearly 300 Chinese and foreign classic films, including the likes of Zhang Yimou's "Red Sorghum," David Lynch's "Mulholland Drive," and Charlie Chaplin's "Modern Times," will be showing across 31 cinemas in the Beijing-Tianjin-Hebei Region as part of the 11th annual Beijing International Film Festival. 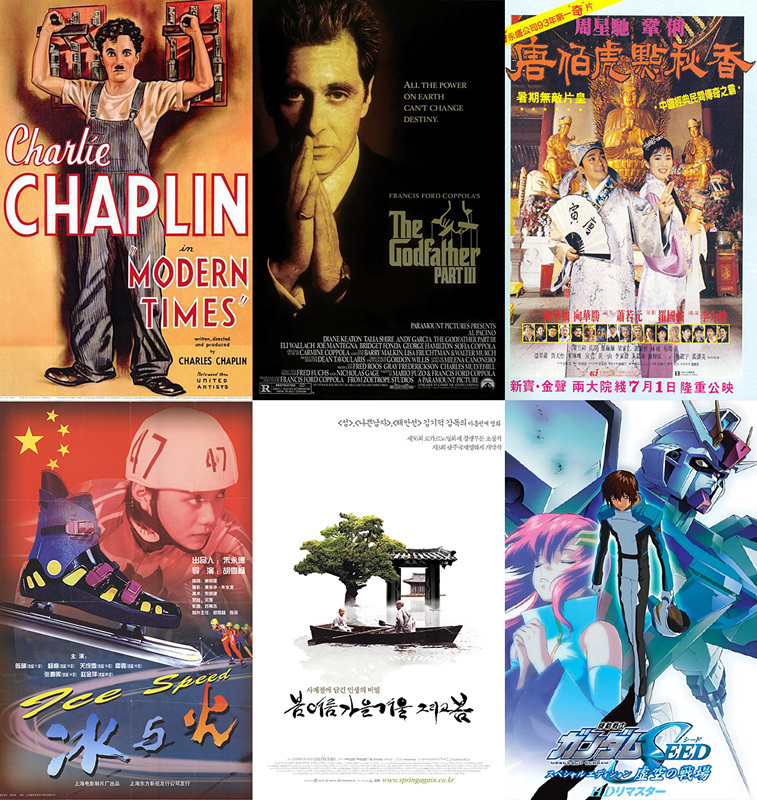 Posters of some of the classic films that will be screened during the "Beijing Film Panorama" section of the 11th annual Beijing International Film Festival, scheduled to be held in China's capital from Sept. 21 to 29. (Image courtesy of BJIFF)

The "Beijing Film Panorama" section of the event this year will expand to include screenings outside of Beijing, in cinemas in Tianjin and Zhangjiakou, for the first time. Movie fans will also be exclusively treated to high-quality films from around the world on online streaming platform iQiyi from Sept. 15 to Oct. 8. Beijing Radio & Television Station will also dedicate time to screenings.

As a tribute to prominent Chinese actress and new jury president of BJIFF's Tiantan Award, Gong Li, a section of the festival will screen various classics that she starred in, such as Zhang Yimou's "Red Sorghum" (1988) alongside actor Jiang Wen, Lee Lik-chi's romantic comedy "Flirting Scholar" (1993) alongside Stephen Chow, the recent volleyball blockbuster "Leap" (2020) by Peter Chan, and more.

A special section will also show several classic Chinese revolutionary movies such as "The Birth of New China" (1989), while another section will mark the upcoming 2022 Olympic Winter Games in Beijing, featuring winter-themed films such as "Ice and Fire" (1999) and "Heart of Ice" (2008).

There will also be special units screening films from Ukraine, Greece, and Russia. Meanwhile, the "Master Review" section will provide movie fans with the opportunity to have a systematic review of films starring Charlie Chaplin, Krzysztof Kieslowski, and other international film masters. In addition, the animation section will show some Japanese classics from Studio Ghibli, as well as "One Piece" films and installments from "Mobile Suit Gundam SEED" franchise.

According to the organizers, several new films will premiere at the Beijing film festival, including Pascal-Alex Vincent's documentary "Satoshi Kon: Dreaming Machine" (France) and Yoji Yamada's "It's a Flickering Life" (Japan).

The 11th Beijing International Film Festival will be held in China's capital city from Sept. 21 to 29, and ticket sales open on Sept. 14 on the Maoyan platform.