CULTURE Would you accept this human body as perfect?

Would you accept this human body as perfect? 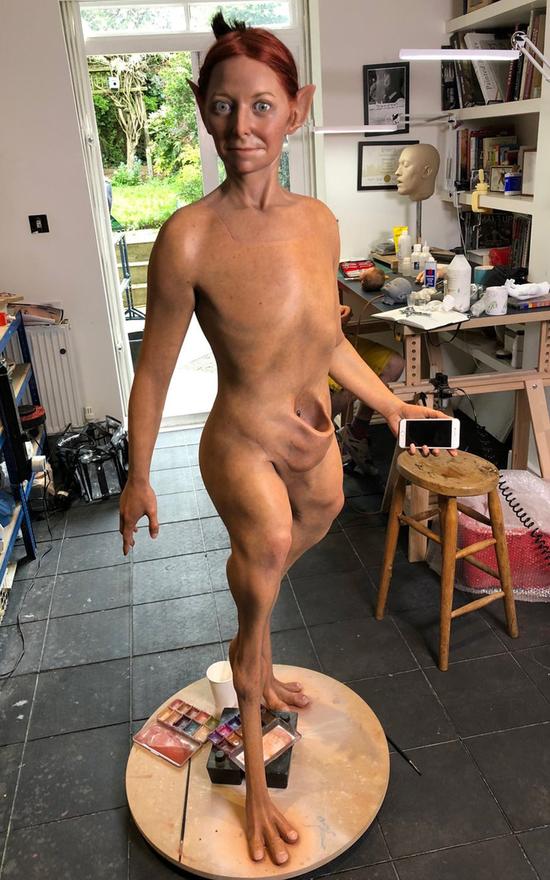 Anatomist Alice Roberts, Professor of Public Engagement in Science at the University of Birmingham,UK, recently claimed to have designed the perfect human body which owns flared ears and a kangaroo pouch.

According to Roberts, the vision of human perfection had nothing to do with modern standards of fitness and beauty. Rather, she imagined how a person's body could be improved by swapping out some of our less-successful features for more-desirable body parts that evolved in other animals.

Roberts collaborated with artists and biologists to build a model of her own body that was modified from head to toe with adaptations intended to improve on the human form. To build her idealized body, Roberts submitted to a full-body 3D scan, which the anatomical artist and sculptor would use as the digital foundation for the new, improved body. Then, Roberts put together a "wish list" of modifications — from the inside out.

The project originated as a three-month challenge issued to Roberts by the director of the Science Museum Group in London, Roger Highfield, to "iron out" problematic details in human anatomy shaped by our evolutionary past and replace them with structures that were more durable, more efficient or less "untidy," Roberts wrote in a blog post.

Together, the team created a startling Alice Roberts 2.0, still human-like but with some very unsettling differences: flaring, feline ears; a marsupial's pouch; and oversize, octopus-like eyeballs.

At the top of her list were "large, feline ears" to amplify sound and enlarged eyes that would be wired like those of an octopus, to do away with the blind spot produced by the construction of our own optic system. She borrowed a birth strategy from marsupials — giving birth to young at a very early stage and harboring them in pouches — to alleviate childbirth difficulties presented by human pelvises (their structure, which supports upright walking, is less than desirable for delivering large-headed babies).

As a replacement for human legs, which have a lot of their mass distributed far from the center of the body, Roberts looked to bipedal ostriches for inspiration. Her new legs featured the bulk of their muscle concentrated closer to the pelvis, with bigger tendons "for shock absorption," she said.

Other improvements were under the skin — lungs like birds', which process oxygen more efficiently; a shorter and more stable spine, like those of chimpanzees; and more links connecting the coronary arteries, which would enable both arteries to funnel blood to all parts of the heart, as is the case in dogs and guinea pigs.

While the body she constructed seems pretty extreme, Roberts said she would have adjusted it even more if she'd been given more time to tweak and tinker.