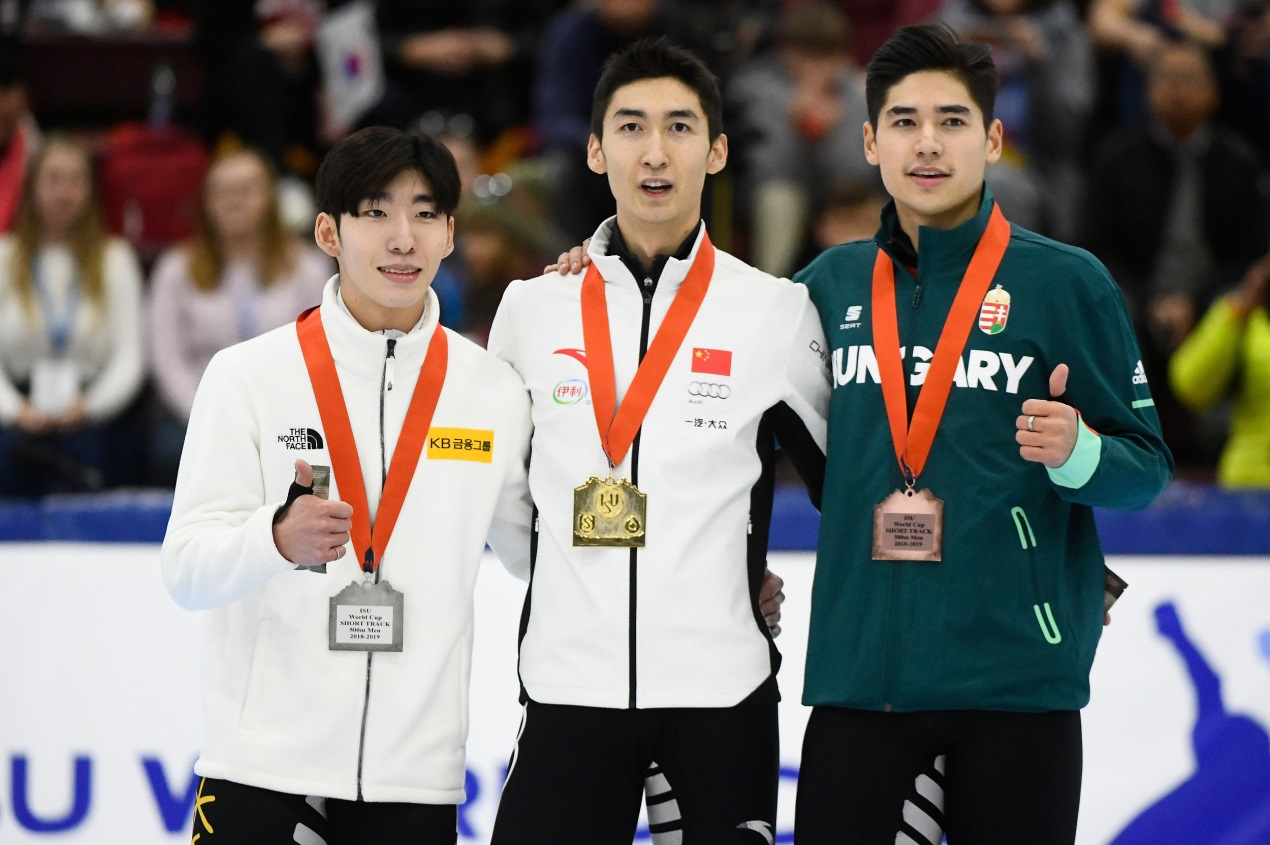 Continuing his golden form this year, China's Olympic gold-winning speed skater Wu Dajing won the gold medal in the men's 500m final on Sunday at the Short Track Speed Skating World Cup, which is currently underway in Salt Lake City, the US. The icing on the cake for Wu was that his timing of 39.505 seconds helped him set a new world record.

The 24-year-old, who won China's only gold medal at the 2018 PyeongChang Olympics, was in red hot form on Sunday night as he outclassed Lim Hyo-jun of South Korea and Liu Shaoang of Hungary.

At the 2018 Winter Olympic Games in PyeongChang, he won the men's 500 meters, setting an Olympic record in the heat and two world records during both the quarterfinal and final matches.

Incidentally, he became only the second person in history to have skated the discipline in under 40 seconds, after American J. R. Celski who accomplished the feat in 2012 in Calgary. The venue was at a much higher elevation where the reduced air density tends to give the skater an advantage due to lowered air resistance.