CULTURE Xiaowang: 'We just want to transfer the energy we have'

Xiaowang: 'We just want to transfer the energy we have' 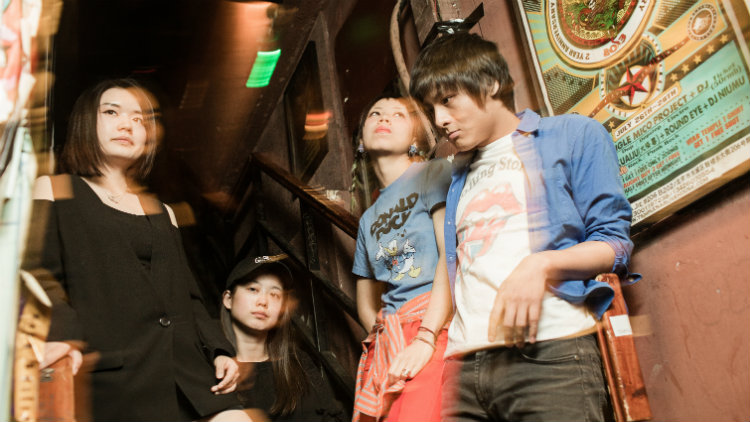 They’ve been billed with nearly every punk band in Beijing and even opened for Canadian post-hardcore act Metz at their Beijing show in May. They’re tireless, they're a draw, and their name on a gig poster is starting to serve as a marker for where one of the best shows in the city is happening on a given night.

Musically, Xiaowang can be considered a kind of punk band: their songs are short, simple and to the point, while their aesthetic is raw and unpolished. It's not sloppy, it's scrappy; it's not overwrought with a compressed, glittering sheen, it's just honest. They’re actually all professionals in the city – not career artists of students, but why should that count against them?

The four-piece have, however, often been described, rather lazily, as a ‘girl band’ – a non-specific, non-genre-based qualification that largely serves to highlight the major gender imbalance that has been a part of the Beijing scene since it began decades ago.

We caught up with them at Temple Bar, just before their show with Metz, to hear more.

Tell us who you are.

Yuyang: I came to Beijing three-and-a-half years ago. I’m an architect. My work is always busy. I’m the vocalist of Xiaowang now, but I used to be the bassist.

Zaozao: I’m the drummer. I came to Beijing in 2014 to go to school at the Communications University of China. I graduated in 2016 and I’m currently a documentary filmmaker.

Tong Tong: I came to Beijing three years ago from Gansu province to work in HR.

Xiaolong: My name is Xiaolong, or Thunder. Yeah, I play guitar. I’m from Henan, but I came to Beijing in 2009 to play music. 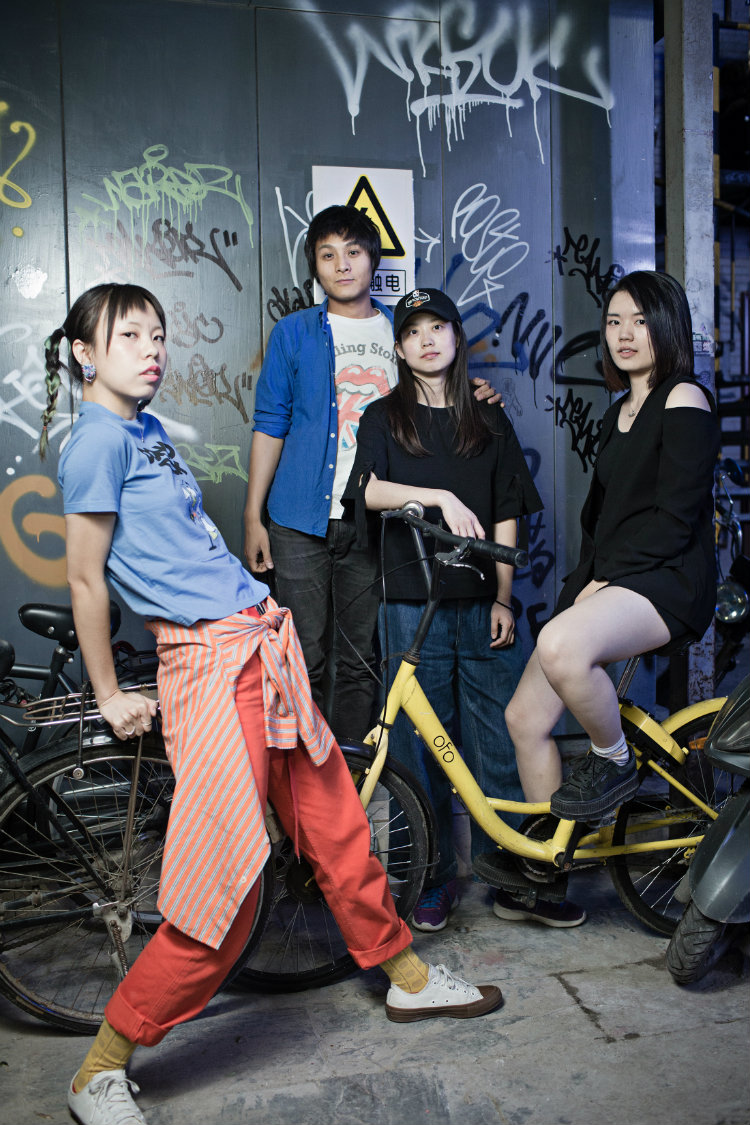 Besides Xiaolong, did any of you come to Beijing expecting to play music?

YY: I always loved rock music but I never thought I wanted to start a band, until I met Anlin, our original vocalist. We used to go to gigs with each other all the time and one day we just said, yeah, let’s try it. It was an exciting idea. So we started and I felt like it was a good way to express myself. I never thought I would have wanted to be on stage or something, but then it got better every show.

You all lead busy lives, why do you want to use your free time to play in a band?

YY: For me, it’s a way to explore or to know myself. The band is like that, sometimes I… I just love it, I feel like I need it. It’s like the only free thing for me in my life. I can decide everything; I can express any of my ideas. This might be the only place where I can be that free.

What do you enjoy about playing in Beijing?

YY: I feel a connection between us and the audience. Playing live is very fun, and most people have an open mind and welcome all kinds of music even if they don’t know anything about rock music. I don’t care if people love our music, I don’t care what they know or don’t know about it. If they have fun, I’ll be happy.

XL: I performed at Beijing MIDI School and with local bands here. The feeling isn’t different for me. It’s all about the party.

Who are your favorite local bands to perform with? What was your most memorable show?

YY: I really liked playing Face Me on Stage [a local music event in which two bands set up on stage at the same time, and alternate performing songs while goading each other on]. We played with Struggle Session, Dirty Fingers and Future Orients. That was the best. 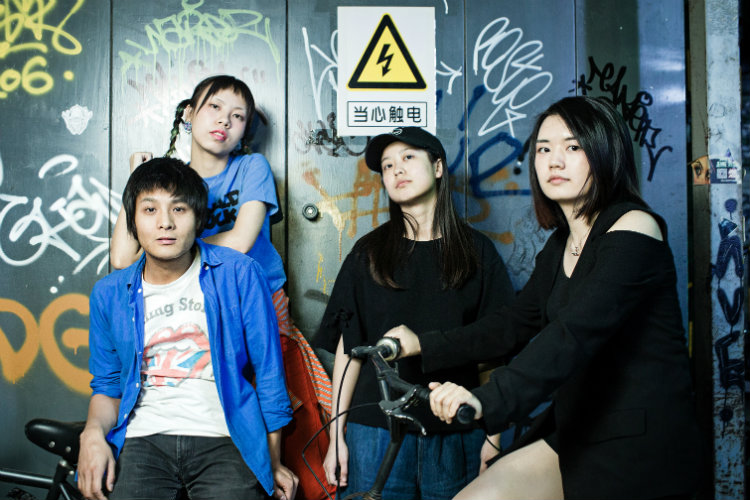 Is there anything about your music lives that you’ve now taken into your jobs? Has music changed the way you do your job?

YY: The effects go both ways. I think that in my life and my music world are fully in sync. To me, doing a band is self-exploratory process. The more I play, the more I know myself, and who I’ve always really been. I just like knowing myself step-by-step just like music.

We have to ask what it’s like being women in the music scene in Beijing. Do you think you’re empowering women, and men, to think differently about gender?

YY: I think we are making changes. Since our band started, the change is happening. If we speak out, express our voices, express our attitude, then people will always think about it. We have a new name for the shows we organise, ‘Gender is Not a Genre’. When we play, they always bill us as a female band because most of us are women. I think it’s important to support women on stage, but on the other hand it’s a little strange because no one hosts a ‘man night’ or ‘boy night’ or whatever.

On one hand, female nights are good because we are here, so we pick up a microphone, pick up a bass, a guitar and we go on stage and express ourselves. We just want to transfer the energy we have. We don’t just speak to men or women, we speak to a third or fourth gender or something.

When people talk about your band they call you punk, indie rock and riot grrrl. Is that correct? How would you describe your band?

YY: Our genre is Kawaii-core [kawaii, the Japanese term that roughly means ‘cute’]. I think most people don’t know what it is, we just don’t want to be defined. Maybe we’re punk, maybe we’re metal, I don’t know. So what people call us doesn’t matter, we’re Kawaii-core. I don’t know myself clearly, how can anyone know me through a tag?

Do you think of your band as being more part of a Beijing history of music, or a more global history of genres like punk or riot grrrl?

YY: I don’t care. I really don’t care. What’s the difference if we are part of Beijing history or global history? We’re just our own – history is written by interpreters. The stuff we’re doing is happening now and we don’t care.