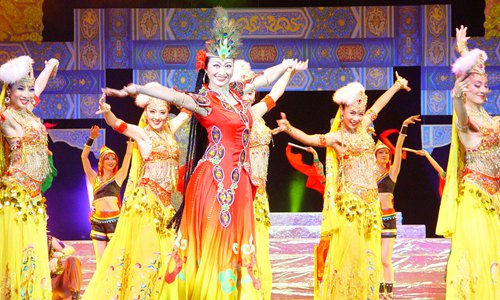 Just like her name, Feng Ye, which means "maple leaf" in Chinese, often dances around the world.

Feng was born in Northwest China's Xinjiang Uyghur Autonomous Region, and is now a dancer and artistic director. She graduated from the Beijing Dance Academy, China's top dance school.

Before moving abroad, Feng used to be the director of the Dance Company of the China Oriental Song & Dance Troupe, which is affiliated with the former Ministry of Culture. She is also a member of the Chinese Dancers Association.

She is ranked as a Chinese National First-Grade Dancer and renowned Chinese young dancer and choreographer.

Feng has won many prizes in dance, and also represented China on the international stage, including those in the US, Switzerland and Japan. She also took part in the Chinese Art Performance during the Closing Ceremony of the 2004 Athens Summer Olympic Games.

To mark the 70th anniversary of the founding of the People's Republic of China, Feng and her dance group will perform their work Dance with Nature in theaters in the Bay area in the US.

A leaf from Xinjiang

As a little girl, Feng followed her mother, who is a painter, to visit many places in Xinjiang to look for artistic inspiration.

They often stayed in local people's homes, which allowed Feng to be exposed to multiple cultures.

She often said that because of Xinjiang, she has gained the ability to adapt to different cultures without any difficulties.

Also because of Xinjiang, she has devoted herself to combining elements of different ethnicities around the world to create dance works.

After traveling from the west of China to the east, then from the east of the world to the west, Feng has now settled in the US.

In an interview in the documentary I am from Xinjiang on the Silk Road, directed by Kurbanjan Samat and shot in late 2016, Feng sits on a large grassland and watches the view behind her, which reminds her of her hometown in Xinjiang.

Feng's father used to be a journalist. He and his wife have lived in Xinjiang their whole lives. Feng said her parents love everything about Xinjiang, which has also had a great influence in her life.

When her mother was painting at home, she would play Xinjiang folk song "Mudanhan," which Feng still loves today.

"Xinjiang is always in my blood," she said. 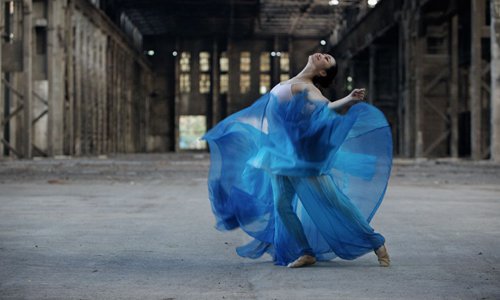 Dancing for the anniversary

Even though she lives and works abroad, Feng still misses her motherland a great deal.

To celebrate the 70th anniversary of the founding of the People's Republic of China, Feng and her team decided to perform a dance show as a gift to overseas Chinese people, and are also seeking to promote Chinese culture to local audiences in the US.

According to the statement Feng's team sent to the Global Times, the two performances in the Bay area of Los Angeles will be staged on Saturday and Sunday.

The show, named "Dance with Nature," will also welcome guest performers from the Jin Xing Dance Theatre. It features the Five Elements (metal, wood, water, fire, and earth), the basic building blocks of the universe, according to ancient Chinese philosophy.

Feng will showcase the theory through Western modern dance, calling on people to respect and treasure nature.