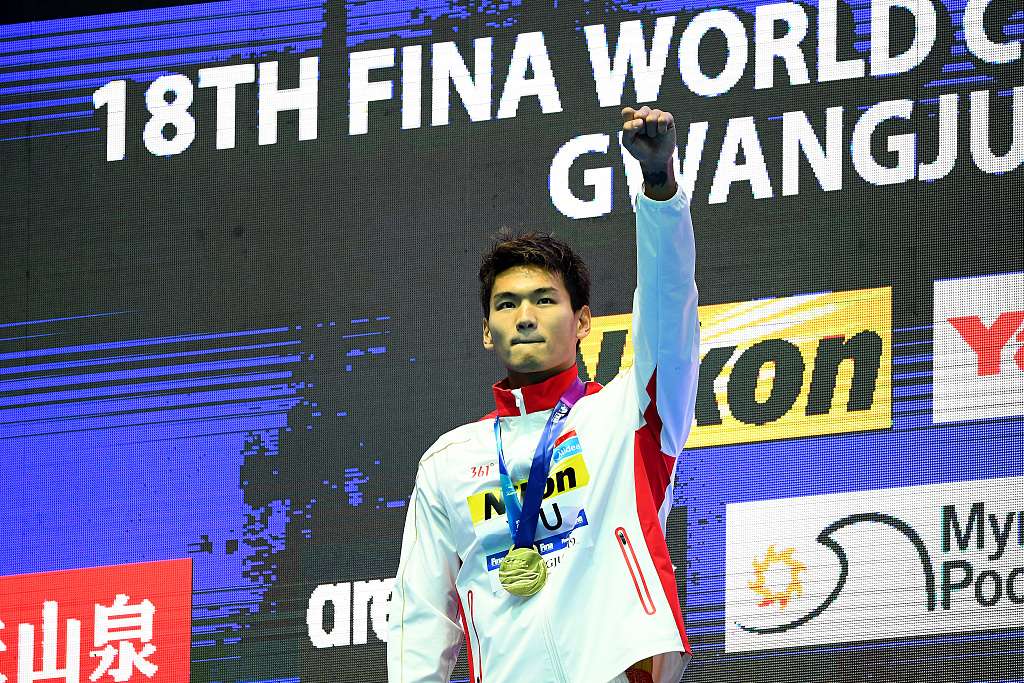 Xu won the final in 52.43 seconds, followed by Evgeny Rylov of Russia in 52.67 and Mitchel Larkin of Australia in third place.

"I am very excited to be the champion as I was under more pressure this time due to higher expectation upon me," said the defending champion Xu.

"I really hope I can have an excellent result in these important international events, winning honor for my country and for myself," said the Chinese swimmer.

The 23-year-old Xu won his first 100m backstroke world title in Budapest two years ago, after taking a silver medal in the event at the 2016 Rio Olympic Games.

Ryan Murphy of the United States, winner in the Rio Games, finished fourth, failing to reach the medal podium.