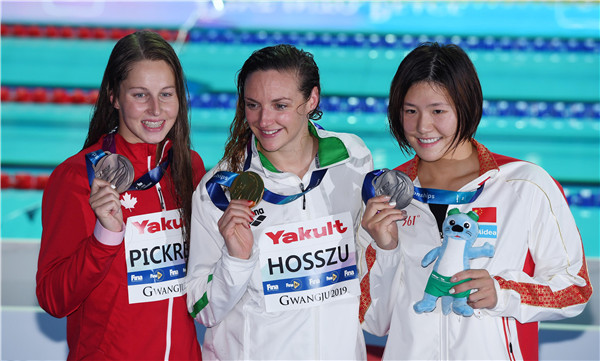 Ye, the double Olympic champion, finished in two minutes and 8.60 seconds for the silver medal in the women's 200m individual medley (IM). Ye won both 200m and 400m IM events in the 2012 Olympic Games.

The Chinese swimmer displayed a blistering spurt in the final lap, beating the bronze medalist Sydney Pickrem of Canada by just 0.1 second.

"Thanks to the solid training, I am in a peaceful mood today, and the result met my expectations," said the 23-year-old Ye. 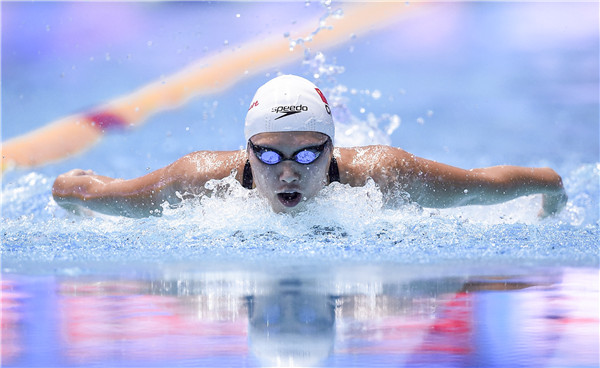 In the men's 100m breaststroke, Yan Zibei won a bronze medal with a new Asian record. Yan clocked 58.63 seconds in the final, breaking the Asian record of 58.67 set by himself in the semifinals on Sunday.

"[Breaking Asian records twice in Gwangju] shows I swim more and more stably now. That is a very good thing for me. I want to go ahead steadily and solidly," said the bronze medalist.

Yan's pace was not fast enough to overcome Adam Peaty of Britain who finished first in 57.14 seconds. Peaty set a new world record in the semifinals with a time of 56.88 seconds.

James Wilby of Britain came away with silver at 58.46 seconds, and Yasuhiro Koseki of Japan finished fourth in 58.93 seconds. 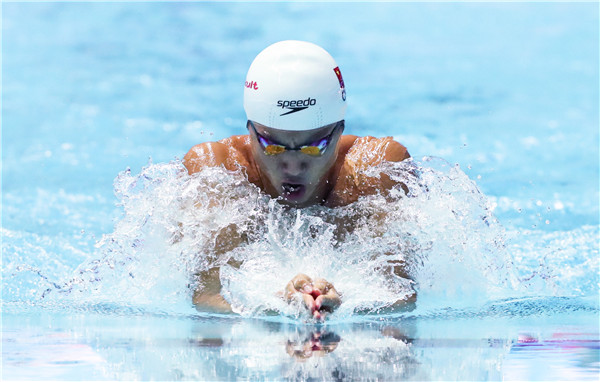 China's swimming star Sun Yang advanced as runner-up into the men's 200m freestyle final on the hunt for an additional gold medal, after winning his fourth straight world title in the men's 400m freestyle on Sunday.

Sun's time of 1:45.31 was 0.41 seconds behind the frontrunner Clyde Lewis of Australia.

"The 200m freestyle is generally a high-level competition. My result tonight was very good, and the ranking is not the most important. I believe that I can swim better tomorrow night," said Sun. 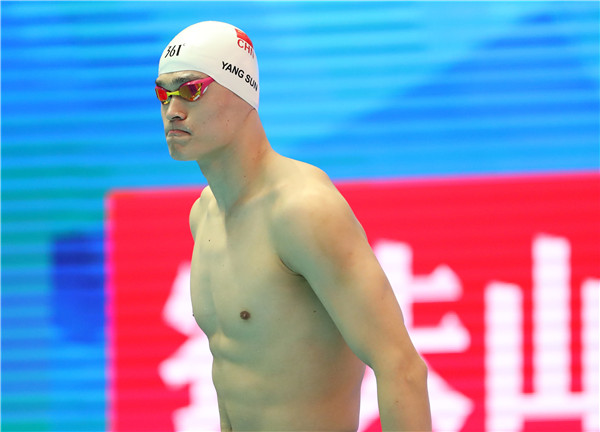 Sun Yang of China gets ready before the men's 200m freestyle preliminary at the Gwangju 2019 FINA World Championships in Gwangju, South Korea, July 22, 2019.

In the men's 100m backstroke, China's defending champion Xu Jiayu qualified for the final with a championship record of 52.17 seconds.

Xu was followed by Ryan Murphy of the United States in 52.44 and Evgeny Rylov of Russia in 52.44.

"I swam quite well today. I feel good especially because I broke the championship record," said Xu.

"As defending champion, I definitely want to claim the gold. Tomorrow's final must be very exciting, because all the athletes are excellent," said Xu. 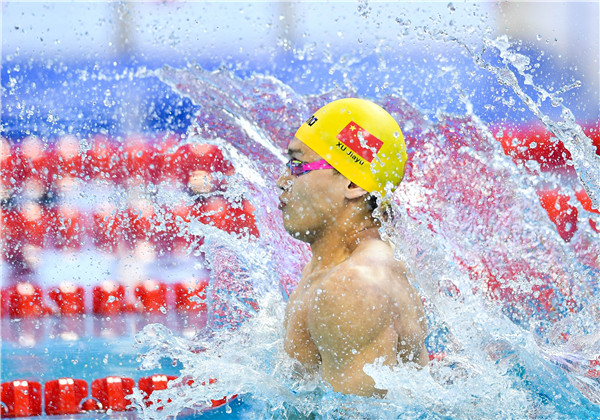 Caeleb Dressel of the United States won his first gold medal in the men's 50m butterfly with a FINA record of 22.35 seconds. The U.S. swimmer claimed seven titles in Budapest two years ago.

Oleg Kostin of Russia claimed silver in 22.70, and Nicholas Santos of Brazil took bronze in 22.79.

MacNeil clocked 55.83 seconds in the final, followed by Sjoestroem with a time of 56.22. Emma Mckeon of Australia came away with bronze in 56.61.