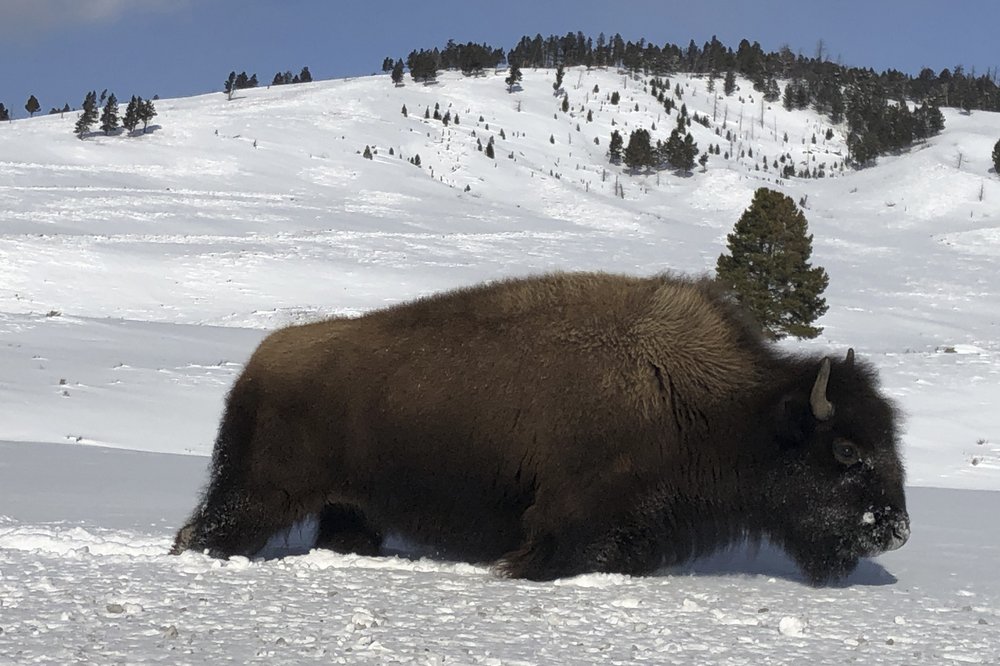 Yellowstone National Park is done capturing wild bison for the year after rounding up almost 550 of the wild animals and sending most to slaughter as part of a population control program, park officials said.

The culling is carried out under a legal agreement between federal and state officials aimed at preventing the spread of an animal disease to cattle.

In addition to those captured, about 270 bison have been killed by Native American tribal hunters as the hulking beasts migrated outside the park to graze at lower elevations in Montana, according to figures released Friday.

The annual slaughter of an iconic animal that’s featured on the National Park Service logo has long drawn criticism from wildlife advocates and some members of Congress.

Officials insist the program is necessary to prevent cattle in the Yellowstone region from being infected with brucellosis, which can cause abortions in pregnant animals.

Park officials had sought to reduce Yellowstone’s approximately 4,900 bison by 600 to 900 animals this year. At least 822 animals have been killed or removed, according to figures provided by park officials.

Before closing down the bison capture pens along the park border near the small Montana community of Gardiner in recent days, workers consigned 442 bison to slaughter, said Yellowstone bison biologist Chris Geremia. The meat is distributed to members of American Indian tribes.

Of the animals that were captured, 105 were kept alive for potential enrollment in a quarantine program that transfers disease-free animals to locations outside the park. One bison died in the park’s holding pens.

After bison calves are born this spring, the park’s herds are likely to be down slightly in numbers compared to last year, Geremia said.

Members of some American Indian tribes with treaty hunting rights in the Yellowstone region were expected to continue harvesting bison through the end of this month and possibly longer.

To reduce the number of bison slaughtered, state and park officials have allowed the animals to roam more freely in parts of Montana and recently sought to expand the quarantine program so bison declared disease-free can be relocated.

But that has not satisfied critics. Wildlife advocates last week filed a lawsuit in federal court in Washington D.C. seeking to protect Yellowstone bison under the Endangered Species Act.

The U.S. Fish and Wildlife Service has previously rejected calls to protect the animals.