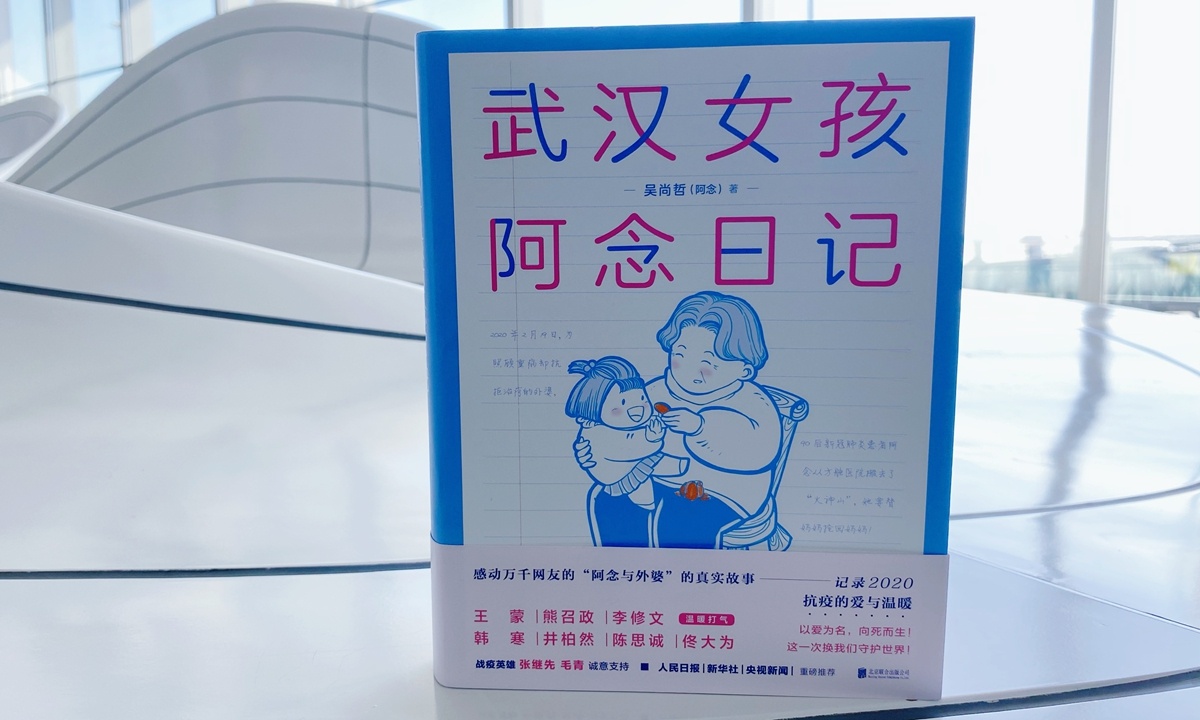 Wuhan Girl: A Nian Diary (Photo: Courtesy of A Nian)

"Is this another Wuhan Diary like Fang Fang's?" This is the question some Chinese netizens posed after young woman Wu Shangzhe, also known as A Nian, published her personal story about what her family had experienced in Wuhan, Central China's Hubei Province, during the world's strictest COVID-19 lockdown.

However, compared to the controversy stirred by Wuhan Diary, which took a critical stance toward the lockdown, the book Wuhan Girl: A Nian Diary projects warmth, empathy and optimism, giving hope to many Chinese readers wrestling with the bitterness of life.

"I just wanted to record the story, it was somehow my fate to do it," A Nian, a 27-year-old Wuhan woman currently working in Beijing, told the Global Times on Thursday.

After A Nian came down with a fever following her return to Wuhan for the Chinese New Year, she was taken to Wuhan's Fangcang Hospital, a kind of makeshift hospital for quarantine treatment in February.

Her 89-year-old grandmother also became sick and was transferred to Huoshenshan Hospital, an emergency specialty field hospital, because of the severity of her condition. In order not to be a burden for her family, A Nian's grandmother refused treatment and gave up her desire to survive.

"'A Nian, you must survive,  you can do it! ' and 'Grandma, I'll take you home.' That was the belief I held during that dark time," said A Nian. 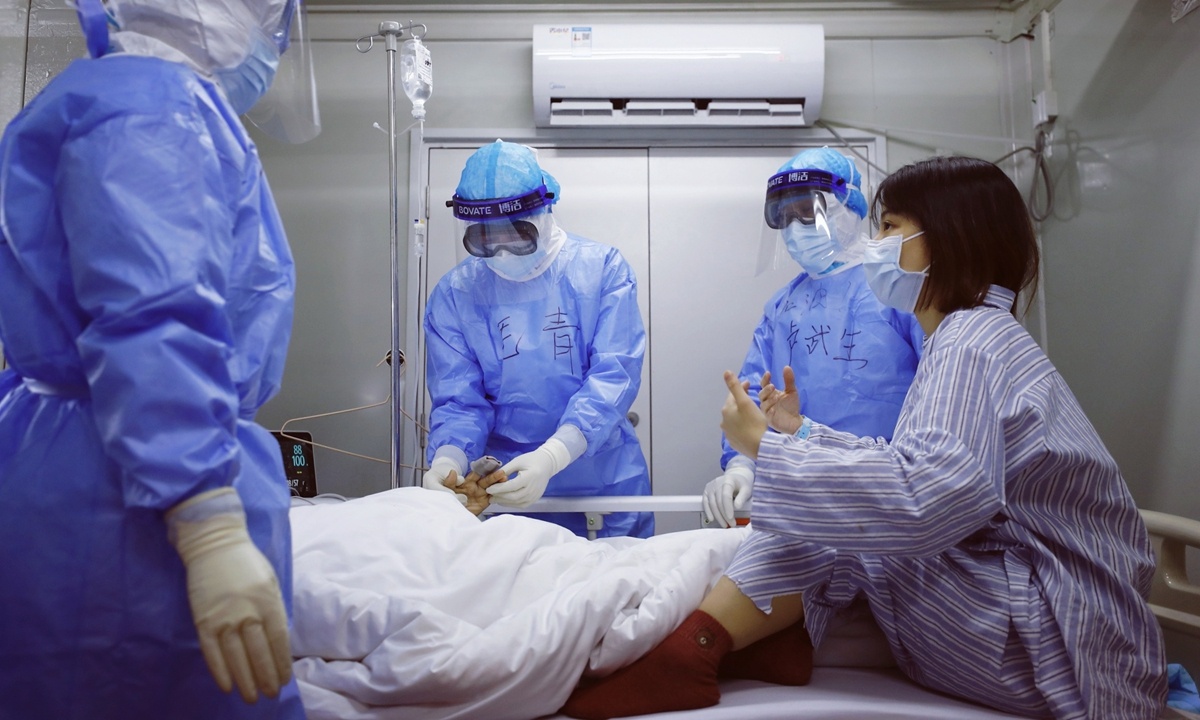 A Nian talks with medical staff about her grandma's condition at Houshenshan Hospital in Wuhan. (Photo: Courtesy of A Nian)

During the entire experience, the young woman kept a diary of her daily life on social media and tried to cheer up her grandma. "Grandma finally ate a piece of orange, albeit a little reluctantly… Grandma's condition is improving day by day…" wrote the hopeful author.

However, A Nian was unable to fulfill her task as her grandmother's condition gradually worsened in just a few days. Eventually, her grandma was sent to the ICU and on March 5, passed away.

"Do humans really have a soul? Grandma, are you still there? Do you want to go home?" A Nian cried out as she woke up from a dream in which her grandma appeared.

Filled with painful sadness, A Nian gradually recovered from her own illness and in late March went home after a health exam and a 14-day long quarantine.

Later, someone contacted A Nian saying they wanted to write a book about her, but she felt that instead of letting others tell her a story, she would do it herself.

"I think all the things I have experienced are impossible for others to write better than I can myself. Even if his writing would have been better than mine, he couldn't know how many emotions I had experienced."

"How I wish it had been just a nightmare," A Nian told the Global Times as she choked back sobs.

With around 160,000 characters and 55 photos, the book shows the relationship between A Nian and her grandmother as they struggled between life and death.

As a screenwriter, writing was nothing new to A Nian, but the process of writing this book consumed an enormous amount of her energy.

A Nian pointed out that while she can usually write a 5,000-word script in a day at work; but when writing the book she sometimes stayed up all night pulling her hair out, but could only write about 1,000 words.

"It was so hard to write about and recall those memories. I sometimes cried for half an hour after writing a single sentence," she said.

"But, there are no difficulties that cannot be overcome," A Nian said, comparing her experience caring for her grandmother at Huoshenshan Hospital to climbing Mount Qomolangma, as it was the most difficult thing she had ever undertaken. In the end, while things did not turn out how she hoped, she still managed to overcome the challenge.

Since then, her screenwriting has begun to shift from idol-focused dramas to social themes. Recently, she has been paying attention to people who donate their bodies to medical institutions. A Nian's grandmother was one of these people. According to grandma's wishes, her body was donated for medical research.

During China's National Day holiday in October, A Nian returned to Wuhan. "It felt good to see that Wuhan has recovered its vitality. Everything seems like it has returned to normal."

However, A Nian said she still thinks the virus crisis may have left "an invisible scar" on the city, especially for people like her who lost family.

Currently, a second cornavirus wave is spreading all over the world. A Nian said she often thinks that someone in another country may be experiencing a similar fate as hers, and that she wants to tell them to hold onto their faith and "survive."

"'You must survive and you can do it!' Keep the faith. I believe we human beings can get through disaster together," A Nian told the Global Times.