At the premiere of “A Musical Is Born” at the SAIC Shanghai Culture Square last week, actor Shao Ding wowed the audience with his fast-paced series of airborne rotations.

For fans of stage musicals, it was a rare treat because such motions are rarely seen in performances beyond ballets and traditional operas incorporating martial arts.

Shao, 23, does have a solid grounding in Peking Opera, learned since the age of 9 under the tutelage of his uncle. However, he didn’t pursue an opera career and instead majored in musicals at the Shanghai Theater Academy.

“I like Peking Opera, but it’s very discouraging to see that it mostly attracts only elderly audiences nowadays,” Shao told Shanghai Daily. “You get the feeling that traditional opera performers have an uncertain future. Compared with that, musicals are popular with younger audiences.” 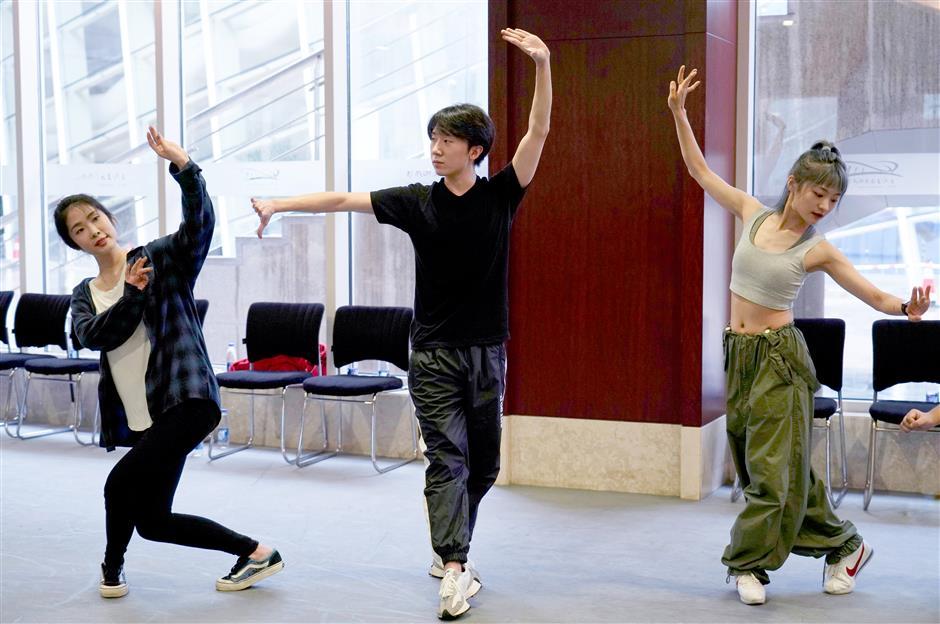 Shao’s interest in stage musicals started in 2013 after he watched “Les Miserables.”

“It was a stunning performance for me, and I realized that the musical genre was exactly what I wanted to learn,” he said.

Stage musicals are in a beginning stage of development in China, and the system for nurturing talent is also in its infancy. Currently, there are three academies in the city offering majors in musicals: the Shanghai Conservatory of Music, the Shanghai Theater Academy and the Shanghai Institute of Visual Arts.

Shao received training in vocals, stage performance, body shaping and even English pronunciation during his four years at the academy. But even with a degree, the path from training to the stage has been difficult.

His Peking Opera skills rarely gave him any advantage in auditions, he said. He performed in three musicals before the outbreak of the coronavirus, which left him jobless for over half a year.

According to Shao, the theater academy recruits 20 to 30 students to its musical major every year. But only a small number of them go on to stage performances, while the majority of them seek careers in film and TV work. 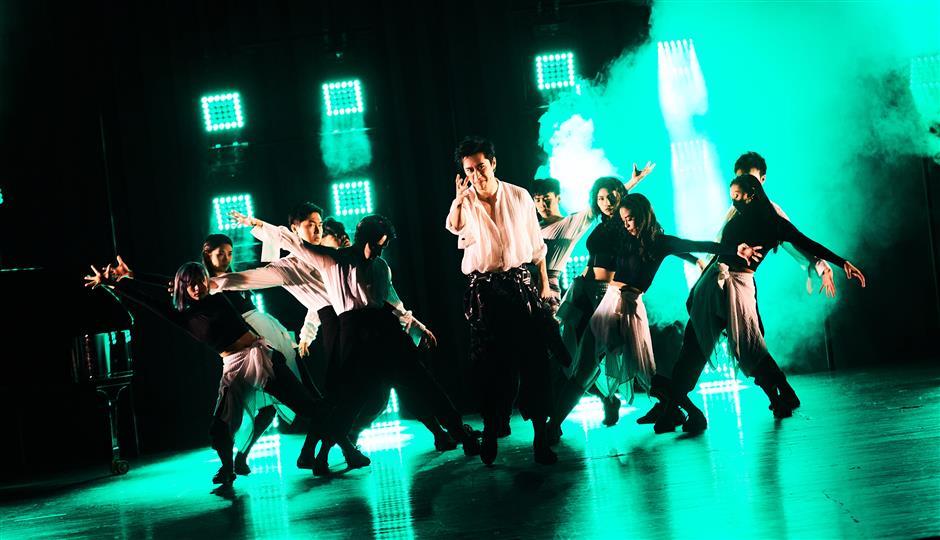 Domestic musicals are coming back to stage, taking advantage of the absence of popular overseas productions due to logistical problems related to the outbreak of coronavirus.

“Very few original Chinese musicals have managed to win widespread accolades, which discourages recruitment of new talent,” said actor Hu Fangzhou, who also took part in the performance of “A Musical Is Born.”

Unlike Shao, who has an academic background, 29-year-old Hu calls himself a “sidetrack actor.” He majored in English language and literature in college, and earned a master’s degree at Shanghai International Studies University in 2017.

But something pulled him to the stage. While at university, he was an active member of campus drama and musical societies and did some part-time acting work. After graduation, he decided to become a professional actor. He took private voice lessons to fill his education gap and has already performed in over 10 musicals.

In 2017, a variety show called “Super Vocal” tried to help musical and bel canto singers lift their public profiles. Some singers that appeared on the show, led by Zheng Yunlong and Ayanga, went on to become box office successes and hired agents to negotiate contracts with producers of musicals.

But for less fortunate musical performers like Hu and Shao, the road to success was more mundane. 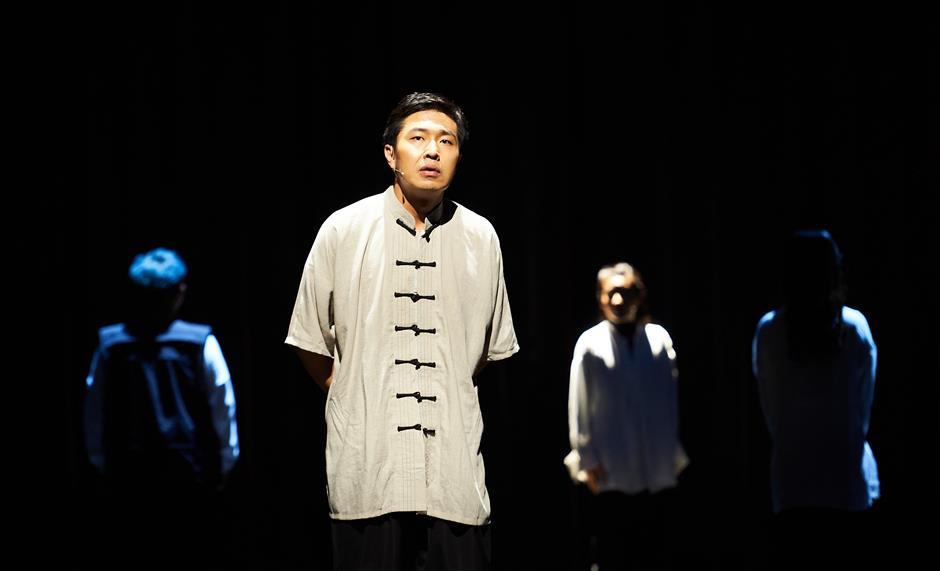 Hu Fangzhou, an English major, calls himself a “sidetrack actor.”

On average, a musical performer can earn 1,000 to 1,200 yuan (US$140 to US$170) for each performance. But they have to rely on transport and dining subsidies during rehearsals, and their income shrinks during performance interludes.

There is no musical company in China that provides long-term contracts and job security for performers in stage musicals. Many performers have to take on second jobs or do some side business to make ends meet.

Hu and his friends started a company called Inspiration Morn in 2014. It offers musical-related training like dance and body-shaping courses. According to Hu, about half of his yearly income comes from the company.

Shao, on the other hand, feels a bit lost at the current stage of his career.

“There have been a few occasions when I almost gave up my dream of being a stage musical actor,” said Shao. “But every time, I would watch some extraordinary musical performance and feel hesitant to give it all up. I really enjoy being in the spotlight and facing an audience.”

Both Hu and Shao played several different roles in “A Musical Is Born,” a show that unveiled backstage stories during the making of a musical.

In one particular scene, Hu played the role of a veteran opera artist who wants to create a musical about traditional opera. But the idea doesn’t get any support. The artist expresses his disappointment in a song compiled from the tunes of traditional opera. It was while he was singing that Shao mesmerized the audience with his airborne martial arts-like feats.

“I turned to Shao for direction in that scene,” said Hu. “He also helped in choreographing stage movements for other performers.” 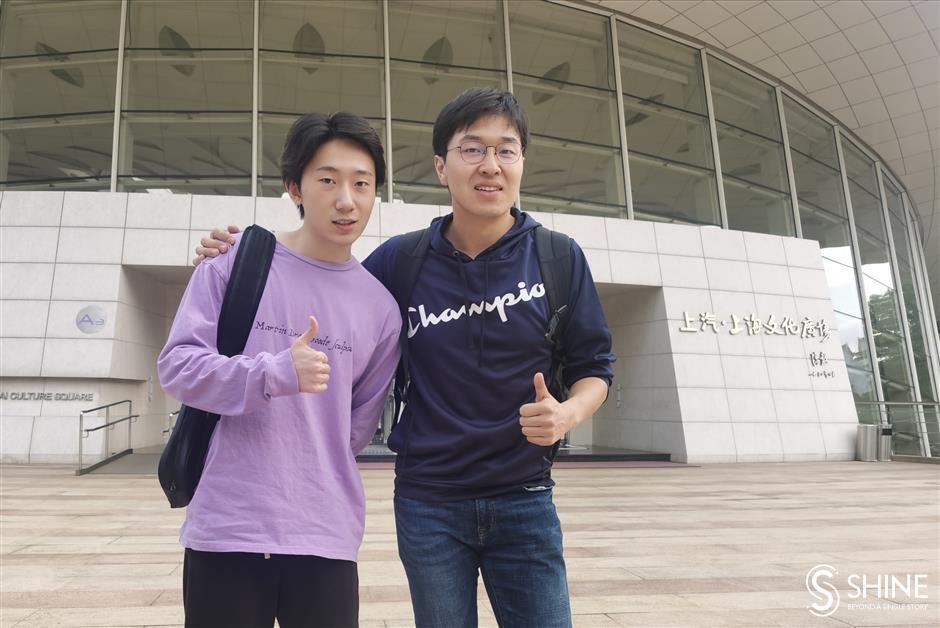 Hu, who laments the fading popularity of traditional opera, said creators of stage musicals should be inspired by traditional forms of performing arts.

“Plot and script have been the weaknesses in domestically produced original musicals,” he said. “Playwrights should look to traditional operas for material and inspiration. So much in opera is based on historical stories and classic Chinese literature. Creators can rewrite the stories and even add opera elements to make the musicals distinctive.”

Shao said he would never return to Peking Opera even though it will always remain part of him.

“I still value Peking Opera as a very fine art,” he said. “I believe that my eight years of opera study and training will not be wasted.”

Shao said he might consider going abroad for further study in stage performance. Domestic academies provide training in technique, but they lack a body of teachers who have both professional knowledge and rich performance experience.

“It would be exciting to work with a director who allows an actor to interpret and develop a character through his own understanding,” Shao said, describing his ideal. “Only in that way can an actor really improve his creativity.”