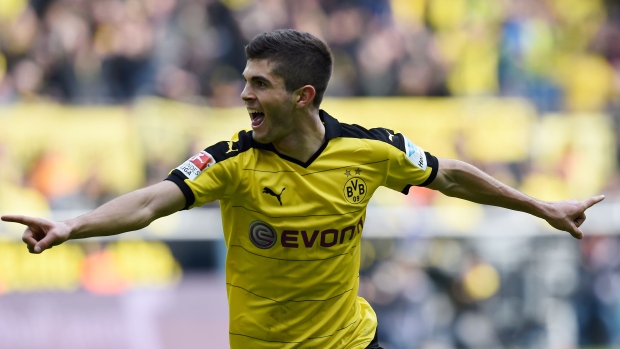 They say that football is a young man's game. It long has been. Just think of a 16-year-old Wayne Rooney plucking the ball out of the sky against Arsenal and then arrowing the ball past England international goalkeeper David Seaman for his first Everton goal. Across the city you can picture Liverpool's teenage tyro Michael Owen giving grown men nightmares as he motored past them to gleefully grab another goal.

It has long been this way and the new summer signings in the English Premier League would back that up.

Chelsea's marquee signing this summer, one where they need to replace their star player Eden Hazard, is Christian Pulisic. The 20-year-old arrives at Stamford Bridge after several years' developing at the talent factory that is Borussia Dortmund and already shoulders the burden of expectation for the US national team.

Manchester United have brought in two young players as they look to rebuild their reputation and challenge for silverware this season. Aaron Wan-Bissaka has arrived at Old Trafford from Crystal Palace after a breakout season in the Premier League last campaign.

The 21-year-old fullback impressed with his tenacity in the tackle and remarkable recovery runs for the Eagles and he has already shown those same stellar skills on Manchester United's preseason tour this summer.

He is joined by another 21-year-old who has been brought in on the basis of a breakout season. Daniel James arrives with much hype after video of his goal against Brentford went viral and he impressed in Swansea City's FA Cup tie with Manchester City. The Welsh winger has exceptional pace and arrives in Manchester with comparisons being made to the club's former Welsh winger, club legend Ryan Giggs, who also happens to be James' international manager.

Leicester City have picked up the permanent signing of Monaco's Youri Tielemans after the Belgian spent much of last season starring at the King Power Stadium.

Many were surprised that the club managed to secure his signature after his performances for the Foxes but he is one of a number of young players that Brendan Rodgers will hope can repeat the club's fairytale league title of a few years past and prove that lightning really does strike twice.

Last season's star signing at Leicester City was James Maddison and he went from Championship with Norwich City to being one of the form players across all of Europe and an England international.

Picking up promising youngsters is a proven transfer tactic and this season's new arrivals do not break the trend.

Spurs have finally dipped their toes back into the transfer market this summer and they have gone with youth.  Young winger Jack Clarke has arrived from Leeds United and the 19-year-old will immediately return to Elland Road on loan.

The North London side have been dormant in recent transfer windows and it is telling that the team who reached their first UEFA Champions League final last season have turned to youth and potential for their newest recruit.

He is in good hands with Spurs boss Mauricio Pochettino as the Argentine has long established credentials for developing young players and trusting them in the first team, as evidenced at both Spurs and previous Premier League side Southampton.

Watford is another club with a reputation for blooding youngsters, be they on loan from other Premier League clubs as happened with Chelsea's Nathaniel Chalobah, or scouted and signed.

One of their most notable successes in recent years was Richarlison. The Brazilian arrived as a teenager and left within two seasons to sign for Everton with Watford turning over a very tidy profit from the transfer. The forward has since gone on to become a full Brazil international and scored in the Copa America final this summer as Brazil lifted the trophy for an ninth time.

The Hornets will hope that their knack for getting Brazilians to play to their potential in the yellow shirts of Watford comes to fruition again with Joao Pedro.

Another forward, Pedro has been signed from Fluminense in Rio and is described as a player with the potential to make it all the way to the national team. He will spend the next six months in Brazil and will join Watford in January.

Newly promoted Aston Villa have their own young Brazilian center forward to build their hopes around. Wesley Moraes arrives from Belgian side Club Brugge and a growing reputation as a goalscorer of some renown. The 22-year-old has not had an easy path to the Premier League and has an interesting back story, which involved having his first child at just 15.

He then left Brazil for Trencin in Slovakia before arriving in Belgium where it was discovered that much like Brazil legend Garrincha he has one leg significantly longer than the other.

Like the Little Bird, who played 50 times in the canary yellow shirt of his nation, it has not seemed to affect his ability on the pitch.

Bournemouth's summer signing might have come from Bristol rather than Brazil but there's hope that Lloyd Kelly might turn into a diamond for the Cherries.

The fullback has signed from Bristol City and the 20-year-old starred in the Championship and also earned his call up to the England under-21 squad for this summer's European Championships.

Much like the other young men signed to the Premier League this summer, what Kelly lacks in experience he more than makes up for with youthful promise.

It's that hope that is part of the reason why football fans can hardly wait for the new season and when the English Premier League does return on August 9 with the Friday night game between Liverpool and Norwich City they will await seeing their new boys with all the anticipation of a child unwrapping their new toys on Christmas morning.

When it comes to football, the start of a new season really is Christmas come early. 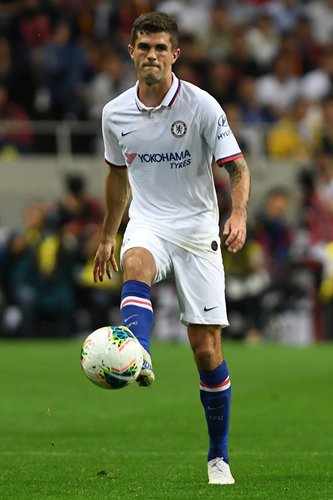 Christian Pulisic of Chelsea in action during a preseason friendly match against Barcelona in Saitama, Japan. (Photo: VCG)