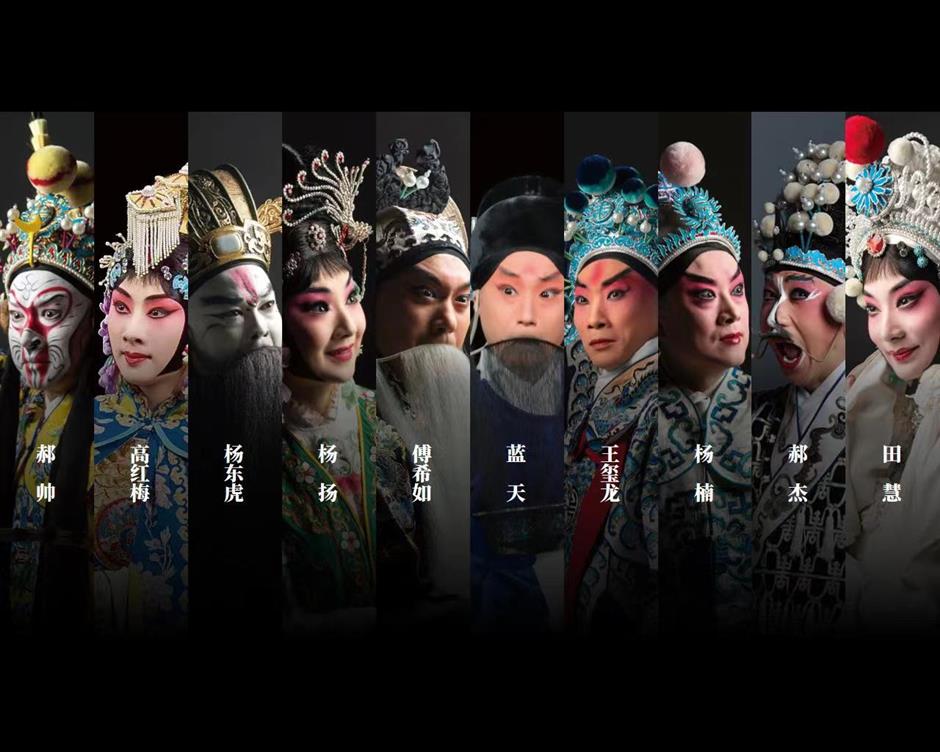 Ten performers, including Lan Tian, Fu Xiru, and Yang Yang will present classic plays and excerpts from October 15 to July next year.

They have been mentored by Peking Opera masters from various vocal schools to give fresh interpretations to classics such as "Cao Cao and Yang Xiu," "The Legend of White Snake," and "Mu Guiying Takes Command." 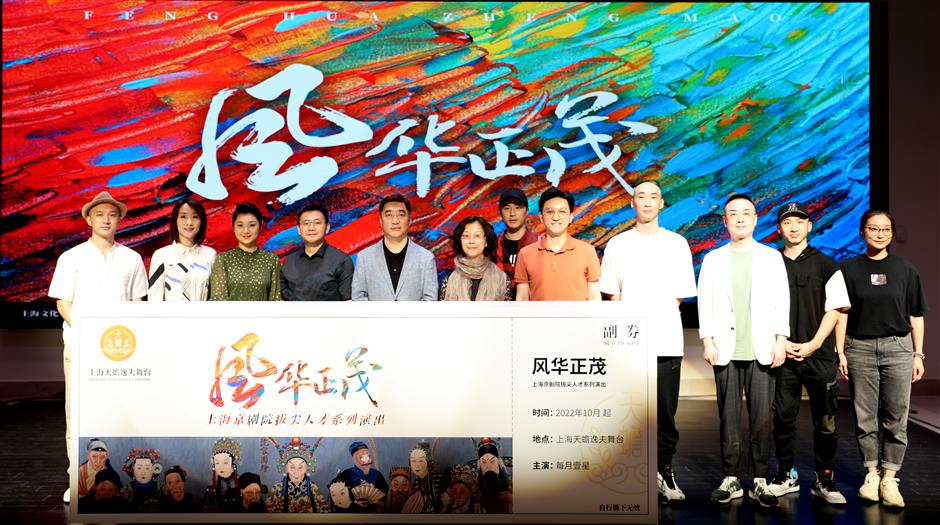 Ten young performers of the Shanghai Peking Opera Company pose with leaders during the launch of the performing season.

Every performer will have two shows each month. In addition to singing in civil scenes, actors in many plays also have to show off their martial arts and stunt skills.

Zhang Fan, the director of Shanghai Peking Opera Company, said that the company has nurtured generations of artists who are devoted to the preservation and development of traditional theater.

"In recent years, a batch of young performers have taken center stage after their mentorship with celebrated Peking Opera artists including Shang Changrong, Ye Shaolan, and Chen Shaoyun," Zhang said.

"They have improved their vocals, performing styles, and theatrical concepts to depict different roles in both classic and modern plays."