In a national nature reserve in southwest China, the last group of black-necked cranes wintering have left.

Even after the birds have gone, a team of staff are still busy working on the bird island, which is in the center of a lake. 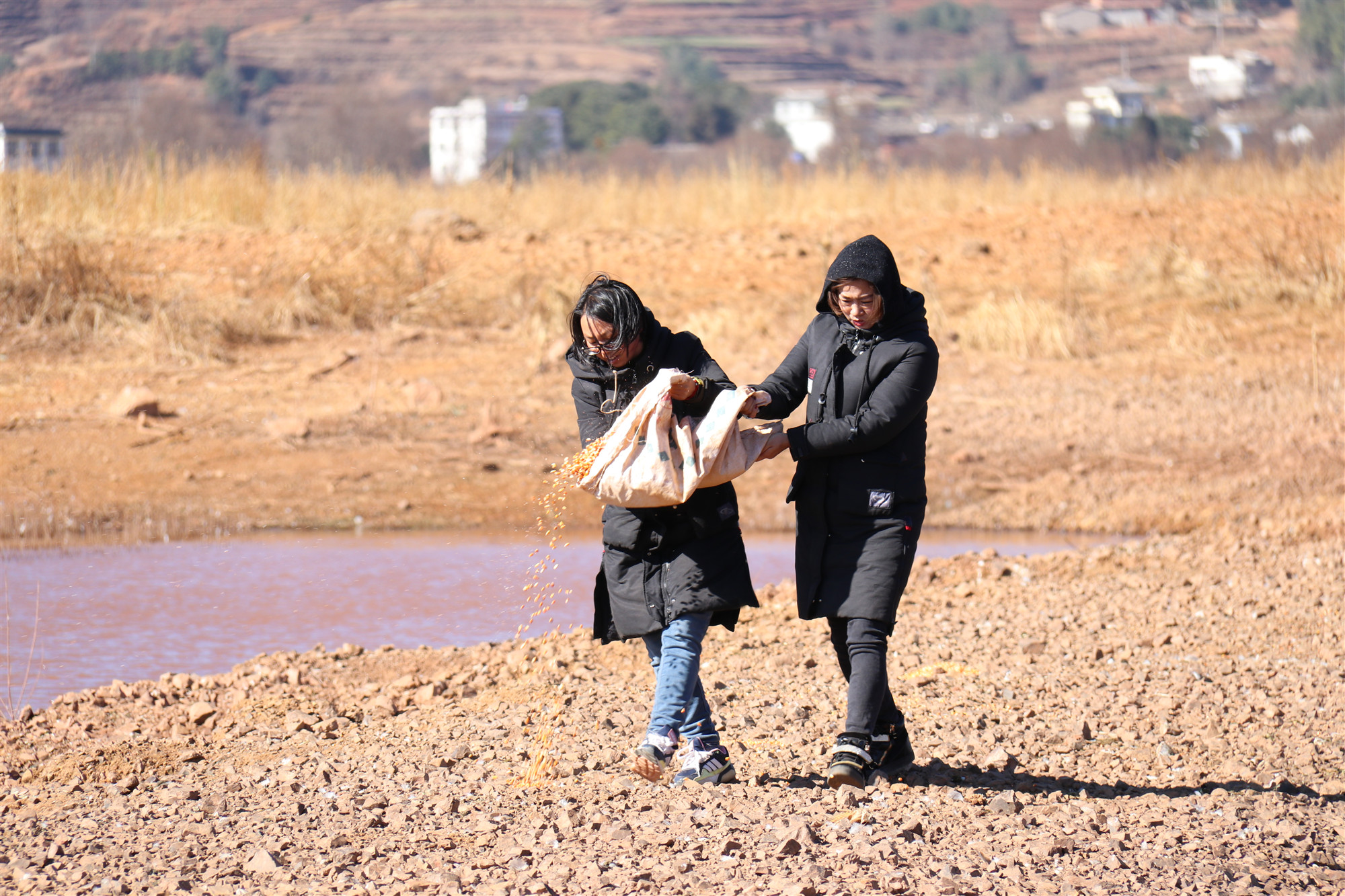 Yuan Rong and her colleague feed the birds in the reserve. (Photo: Yang Wenming/People's Daily)

The team is responsible for protecting the 30,000 birds in the National Nature Reserve of Black Necked Cranes, in Huize County, Yunnan Province. Their work is divided into multiple areas: patrol, assistance, feeding, and education. 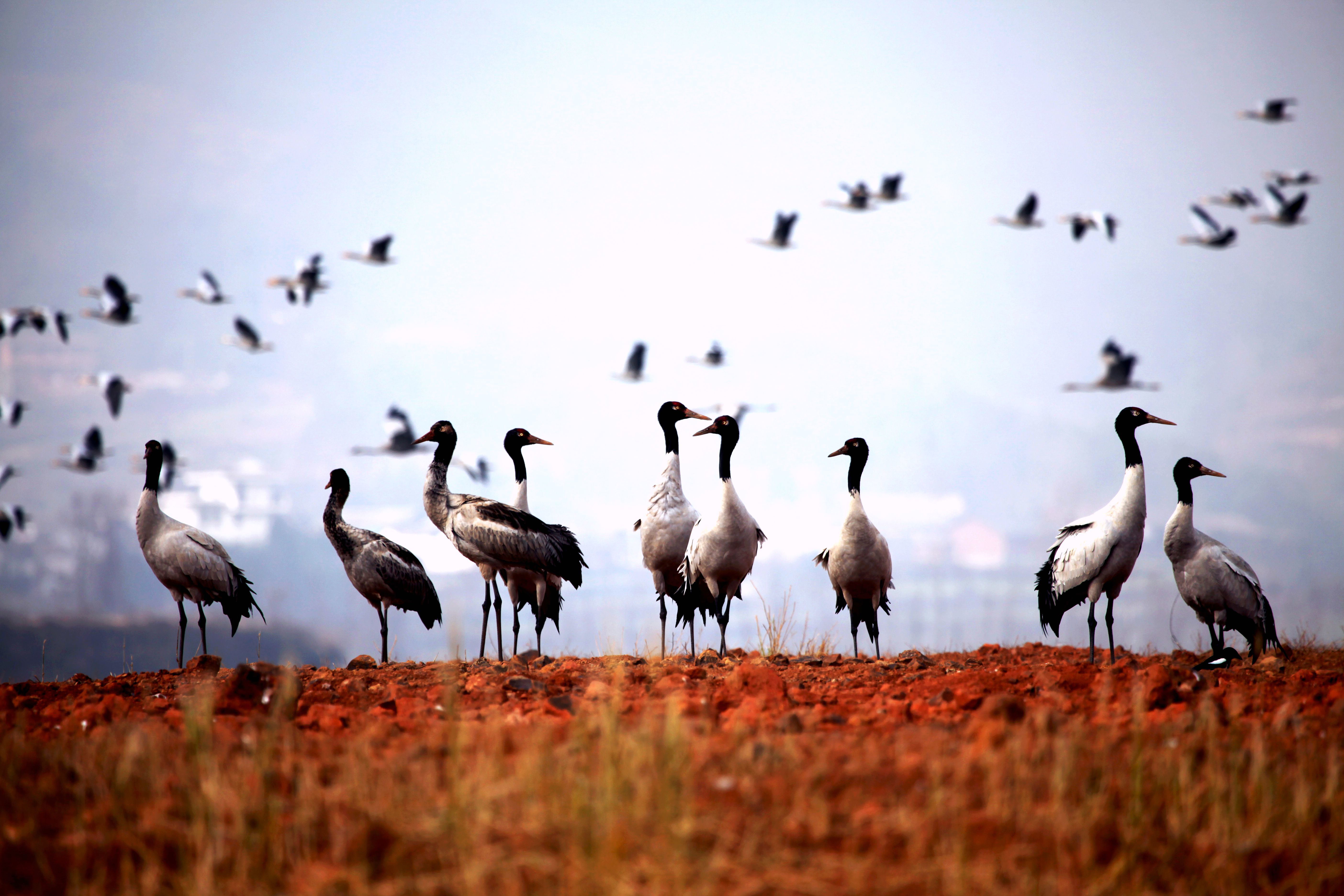 The seven staff members for the reserve, including six women, have been working there for a long time. Each of them on average looks after over 1,800 hectares, an area equivalent to 5,400 soccer fields.

One of the staff, Yuan Rong, 33, is adept at farm work and speaks in an authentic Huize dialect, living hundreds of miles away from her hometown in Henan Province.

“Black-necked cranes get up early, and we need to set off for patrol before they fly, around 6 am,” Yuan said. “Cold air penetrates our clothes. After walking around the lake, we need one hour to get warmer.” Without patrol vehicles, the staff hired villagers to drive them around on motorbikes. 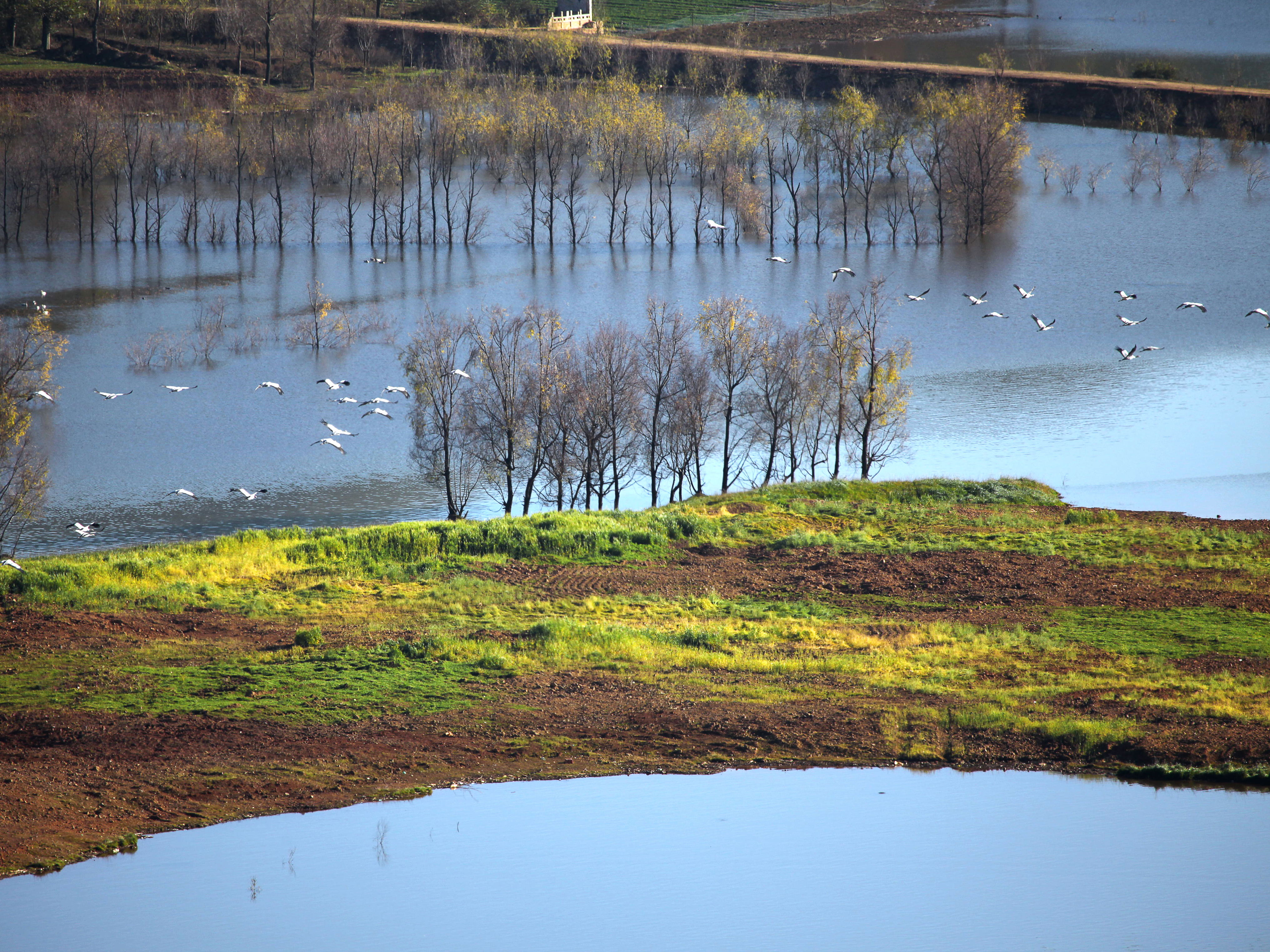 A view of the National Nature Reserve of Black Necked Cranes, in Huize County, Yunnan Province. (Photo provided by the reserve)

“The key to protect cranes is people,” Yuan said. Thanks to local people’s cooperation, no bird hunting has happened in the reserve since its establishment.

Now with GPS satellite tracking, the team can precisely record bird migration, which could only be done previously by bird banding, Yuan said. With technological advances, the reserve can conduct research more effectively. With cooperation from universities, staff can see the distribution and behavior situation of wintering waterfowl in real time. An HD video monitoring system highly improves patrol efficiency. It quickly detects birds’ injuries and prevents people from entering the reserve without permission.