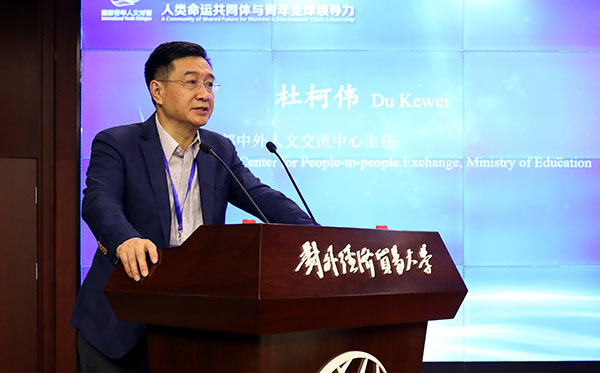 The Third Annual International Youth Dialogue kicked off in Beijing on Nov 16, focusing on how to cultivate young people's leadership to help construct a shared community.

The event, held by the University of International Business and Economics, attracted scholars and young people from the United States, Australia and Belgium among other countries.

Wen Jun, vice-Party-secretary of UIBE, pointed out that it is essential for young generations to forge their international outlook and improve their ability to lead a group by keeping in touch with current affairs and culture.

"The university will make full use of its strong points in disciplinary development and talent cultivation, meanwhile offering young people from around the globe opportunities to communicate with each other," says Wen.

A think tank was also initiated during the conference to further strengthen academic and cultural exchanges among countries and regions involved in the Belt and Road Initiative.

UIBE has signed partnership agreements with the University of Jeddah in the Kingdom of Saudi Arabia, Universite libre de Bruxelles in Belgium, and Islamia College in Pakistan.