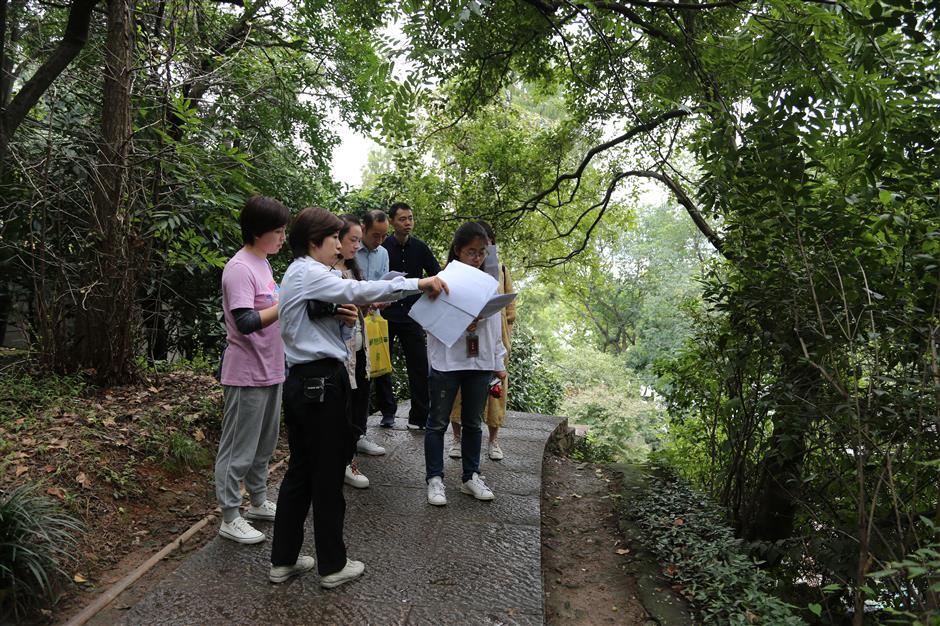 A volunteer shows visitors around the Yue Fei Temple and its scenic grounds. (Photos: Shine.com)

To celebrate the first anniversary of the establishment of Yue Fei Temple Library, the committee of the temple launched a 30-person volunteer docent team last month. Members of the team use their free time to show visitors around the temple and its scenic grounds.

The temple is the resting place of general Yue Fei, a well-known historical figure in China, in the Southern Song Dynasty (1127-1279).

The temple was first built in 1221 and has been repaired several times throughout the history.

The compound is composed of a tomb garden and two halls.The temple has long attracted cavalcades of visitors and become a patriotic education base for local schools. Now the volunteers take visitors to tour around it and introduce stories about Yue, relieving burdens on professional docents.

Last September, Zhejiang Library established a branch in Yuefei Temple. It was the first library set up in such a tourist attraction.

The library is a house inside the temple compound, featuring upturned eaves, carved wood windows and painted beams which harmoniously match its surroundings.

More than 5,000 books are on the library’s shelves.

Among them, more than 200 books are about Yue. The venue shares a loan system with the main library so readers can borrow and return books between branches across Hangzhou.

For out-of-town visitors, the branch allows people to use their Zhima Credit on Alipay to borrow books. They can send the books back to Zhejiang Library after they return home. 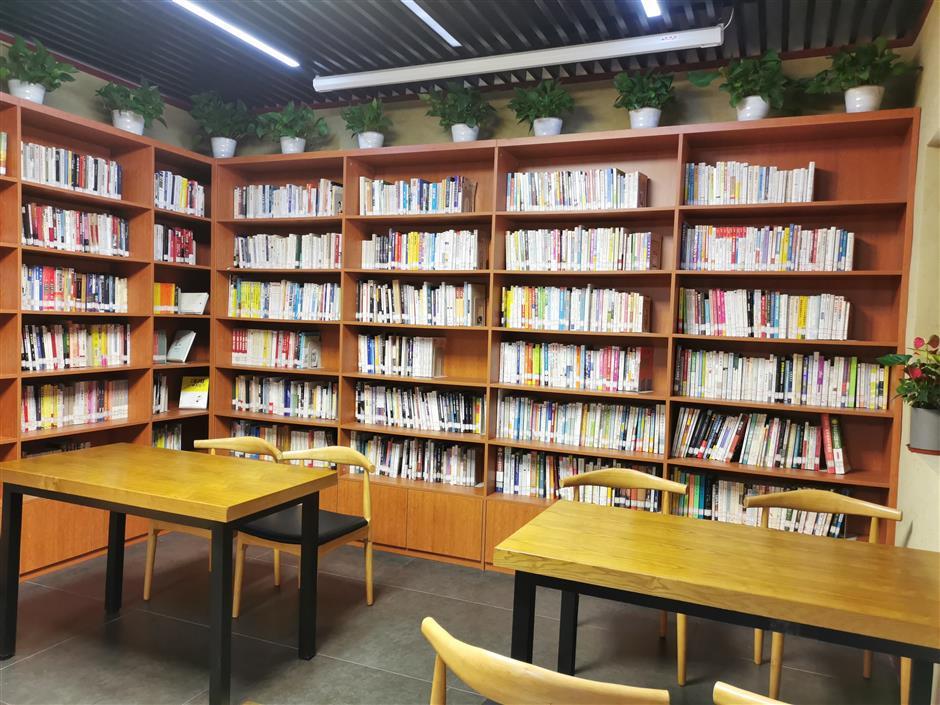 One corner of the Yue Fei Temple Library