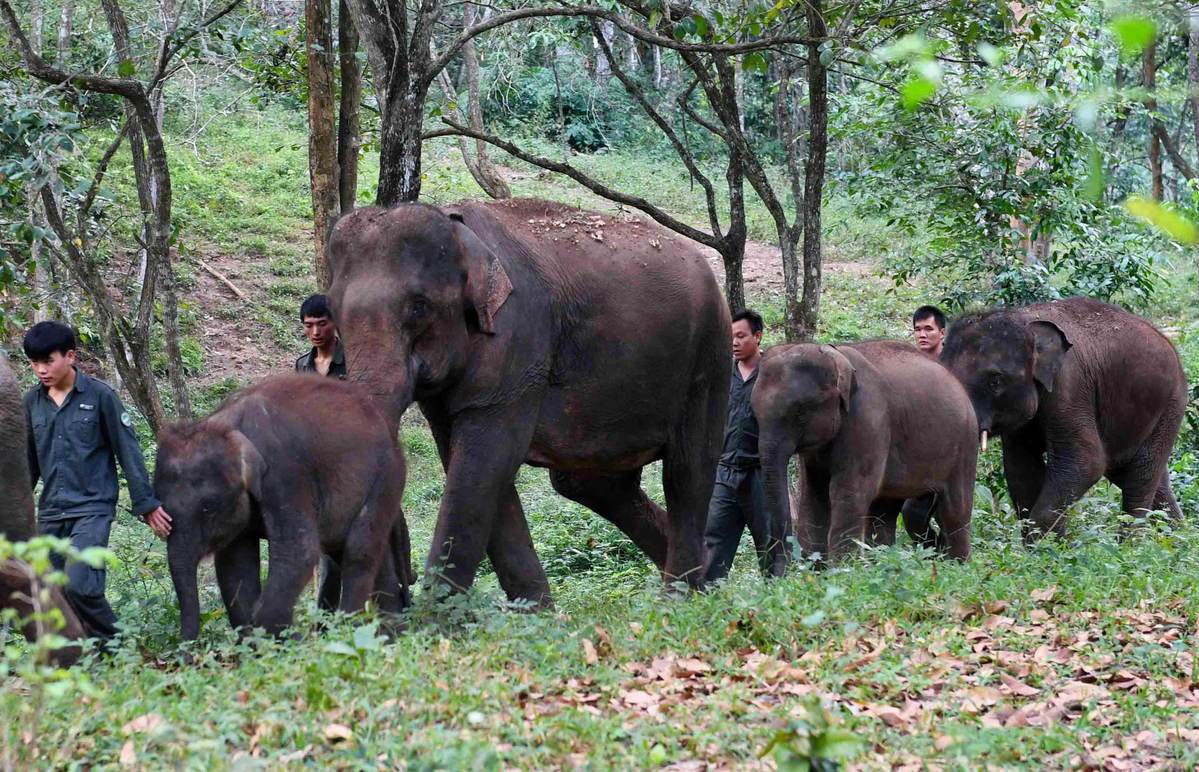 Multiple efforts will be made in Yunnan province to strengthen the protection of wild Asian elephants.

A total of 7,500 hectares of land will be transformed into a new habitat for the elephants, according to Yunnan Forestry and Grassland Administration.

Based on current surveillance of the province's elephants, the newly-added habitat will cover six areas in the province, including Pu'er city, Jinghong city and Xishuangbanna Dai autonomous prefecture.

"We will choose six regions with comprehensive consideration of the elephants' current activity records, the location of existing nature forests and protected areas in the province," according to an official from the administration's wildlife department who requested anonymity.

The Asian elephant, which is included on the International Union for Conservation of Nature Red List of Threatened Species as "endangered", enjoys Class-A protection in China, the same afforded to the giant panda.

In the past three decades, statistics from the administration showed that the number of wild Asian elephants in China - all of which live in Yunnan - has doubled to about 300 thanks to protection efforts.

Yunnan has established 11 nature reserves with a total area of about 510,000 hectares. The area inhabited by wild Asian elephants in the province has expanded from seven counties in 2017 to eight last year.

However, the growing Asian elephant population has resulted in more conflicts between the animals and people.

"About two-thirds of the wild elephants are now living outside the reserves because the increasing forest canopy density has resulted in food shortages," said Chen Mingyong, a life sciences professor at Yunnan University who has been studying the animals for decades.

Such conflicts have caused more than 60 deaths and injuries. Damage to property caused by the animals from 2011 to 2018 is estimated at more than 170 million yuan ($24.7 million), according to the administration.

He said the habitat expansion is expected to encourage the elephants to live within a certain area and avoid conflicts with residents.

The administration started a pilot project in 2016 to use an elephant alert system using drones in Menghai county, successfully avoiding 46 cases of possible conflicts in the past three years.

Moreover, artificial intelligence and broadcast systems have also been introduced to improve the efficiency of the alert system since 2017.

The administration said it will further strengthen technical support to improve the alert system and will train more people with surveillance knowledge to reduce contact and conflict between elephants and locals.

In November, the province's elephant experts committee expanded from seven to 18 members, covering a wide range of fields, including biology, economy, sociology and even charity.

"We hope the stronger expertise will help provide more innovative solutions for the Asian elephants protection work," the official from the administration said.