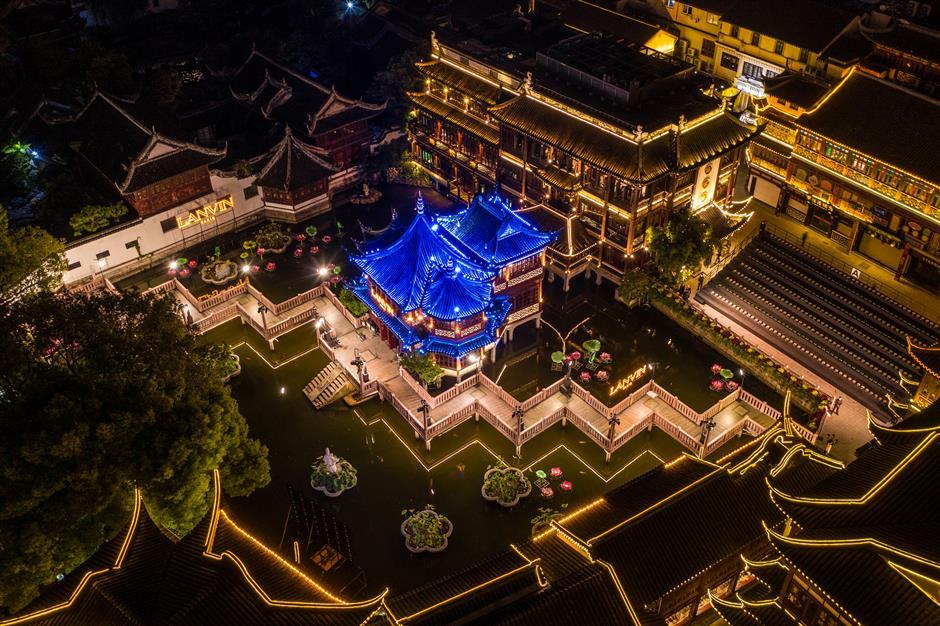 Shanghai’s iconic Zigzag Bridge in Yuyuan Garden Malls became a fashion catwalk for the first time on Saturday night, marking a new round of evolvement of the city’s historical landmark.

Models wearing the latest creations from French fashion house Lanvin walked along the bridge and past the Qing-dynasty Mid-Lake Pavilion teahouse, which was decorated with yellow and blue illuminations.

It was the first time the malls, the dining and shopping facilities near the historic Yuyuan Garden, has hosted a catwalk show in its more than 400 year history. The event was also the first fashion show for Lanvin since the novel coronavirus outbreak early this year.

“We would like to take advantage of Shanghai’s ambition to become China’s fashion bridgehead to develop fashion brands,” said Xu Xiaoliang, Yuyuan Inc's chairman and the head of the Shanghai International Fashion Federation.

A major facelift has been underway at Yuyuan malls since 2018 to renovate structures, bring in more intellectual property brands and highlight traditional Chinese culture.

Xu said the aim is to make Yuyuan “not only the cultural reception for people from outside Shanghai but also a popular place for the young generation to experience and embrace traditional cultures.”

During the eight-day National Day and Mid-Autumn Festival holiday, the number of visitors to the malls has been restored to 80 percent on year. More than 180,000 people visited on the peak day.  Tianyu Mansion, the city’s tallest Ming and Qing dynasty-style building at the malls, reopened to the public on October 1 after a major renovation.

The 100-meter-long Yuyuan Old Street also reopened in early October after a makeover. Twenty-five boutique stores, including the city’s time-honored brands such as Wang Da Long and Shanghai Watches, are operating along the street.

A further expansion of Yuyuan will be launched soon with a new round of urban renewal campaigns and business upgrades.

The blueprint of the second phase of Yuyuan Garden Malls has been under planning to better coordinate with the Bund Finance Center (BFC). The two landmark sites will offer a blend of history and modern shopping, according to the malls. 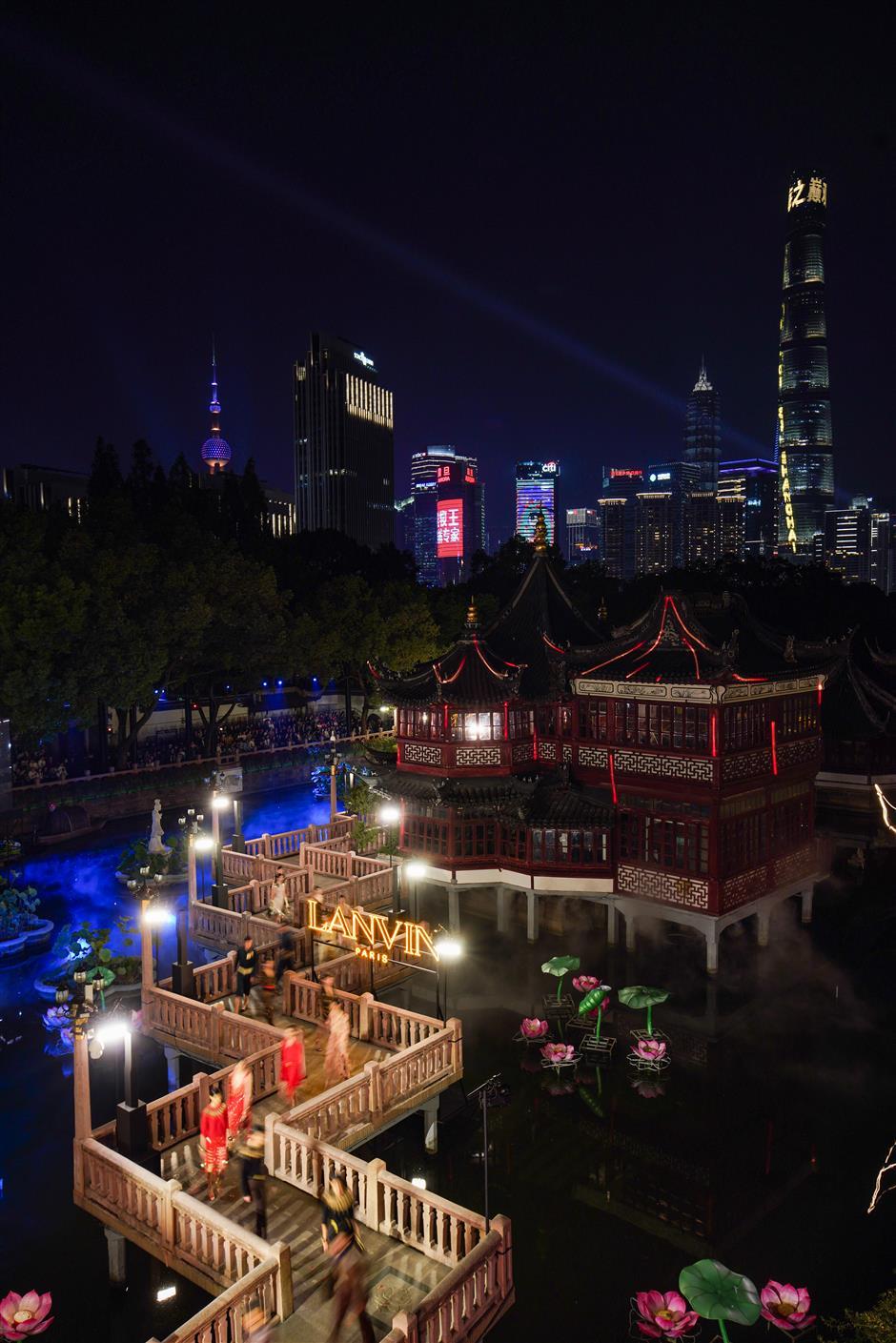 The show attracted many fans.